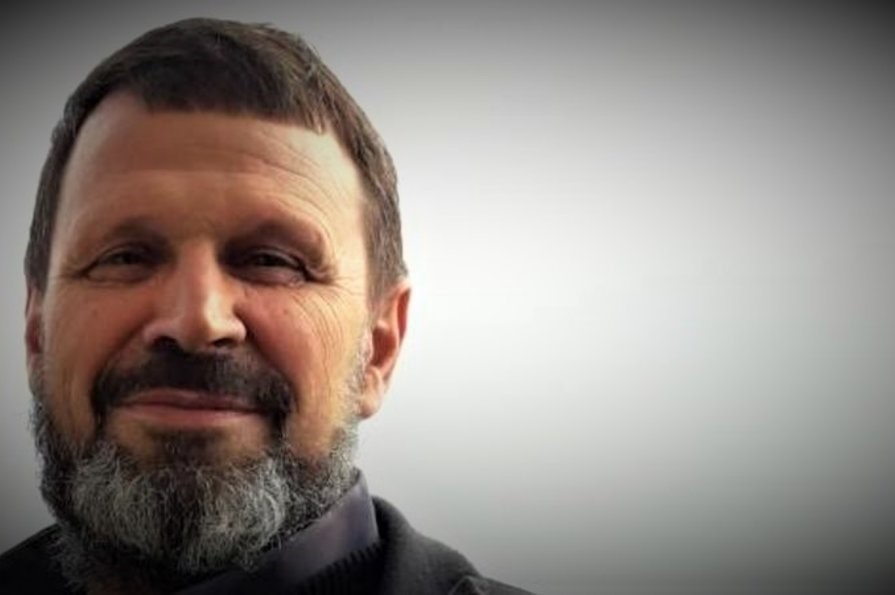 Ruslan Nagayev gave a powerful final address on 12 August to the Russian court about to pass ‘sentence’ on him and three other recognized Crimean Tatar political prisoners.  He recalled the Russian proverb ‘Don’t come to somebody else’s monastery, foisting your own rules’.

“Crimean Muslims were on the territory of their own monastery, had their own rules, and suddenly the little green men appeared who then hatched into ‘polite people’ [the term Russia has pushed].  These polite people said to us: “All of you are living in the wrong monastery”.

The Crimean Tatar people, he and his fellow political prisoners Eldar Kantimirov; Lenur Khalilov and Ruslan Mesutov, who were living peacefully in their own homes, have all suffered as a consequence.  “They began to terrorize, to kill and seize people. As the Soviet prosecutor Vyshynsky said, “Give us a man and a charge will be found”.

The word in Russia refers to an ‘article’ of the criminal code, and that could not be more appropriate here, since the four Crimean Tatars are literally charged under one of Russia’s articles on ‘terrorism’ without being accused of any actual crime.  This, and the fact that the men are imprisoned for the “non-violent exercising of their right to freedom of conscience, religion and association” are among the many reasons why the renowned Memorial Human Rights Centre has recognized all four men as political prisoners.

Memorial notes that the situation is particularly appalling since the men are imprisoned and facing huge sentences on an unproven claim of involvement in the peaceful transnational Muslim organization Hizb ut-Tahrir which is legal in Ukraine.  The Russian Supreme Court ruling in 2003 that declared Hizb ut-Tahrir  ‘terrorist’ was passed in secret and never explained, yet is being used to imprison men for up to 24 years.  In occupied Crimea, it is often deployed as a weapon against Crimean Tatar civic activists and journalists.

Terrorist charges without any whiff of terrorism

Nagayev laid bare the full absurdity of the charges against the four men.  “Nothing was found during the searches of our homes that could be used for terrorism.  No weapons, no manual on their use.  They didn’t find a single person who had complained that we had terrorized or threatened them. The case contains no evidence of any kind of plans to commit acts of terrorism”.

The lack of all such real elements of the crime of terrorism was ignored by prosecutor Yevgeny Kolpikov and, unfortunately, by the panel of judges.  The same applies to the equally unfounded charge of ‘planning to overthrow the foundations of the Russian constitutional order’.

“The authors of this criminal case do not know the foundations of the Russian Federation’s constitutional order and designate us as terrorists without any evidence, citing Wikipedia, a resource which anybody can add information to”.

It should be stressed that this is no exaggeration.  Nagayev’s words were borne out by hearing after hearing where, instead of evidence of actual criminal behaviour or even criminal intent, the prosecution would cite what Wikipedia or similar sources said about Hizb ut-Tahrir.  The ‘material evidence’ in the case consisted solely of illicitly taped conversations in which the only person whose voice can be properly heard is the person infiltrated by the FSB who appears in the case as one of two ‘anonymous witnesses’.  These scarcely audible conversations are then sent to certain FSB-loyal ‘experts’ who invariably claim that some word or subject ‘means’ that the person is involved in Hizb ut-Tahrir .

Nagayev notes that investigator Vitaly Vlasov claimed that the men had shown intolerance to other religions.  Absolutely no examples were provided to back this assertion, nor could they have been, since this is “the most foul lie”.  Each of the men, Nagayev says, has around 30 years’ work experience, and had never had any conflict of any sort with members of other faiths. In his case, he adds, he has relatives who are Christians and they often visit each other.

Nagayev; Kantimirov; Khalilov and Mesutov were arrested as part of a series of nine armed searches and arrests on 10 June 2019 in three different parts of Crimea.  Khalilov and Mesutov were charged with the more serious ‘organizer’ role under Article 205.5 § 1 of Russia’s criminal code, with the prosecution having demanded sentences of 19 and 18 years, respectively.  Ruslan Nagayev and  Eldar Kantimirov  were accused of ‘involvement in such an alleged ‘group’ (Article 205.5 § 2), with demanded sentences of 15 and 14 years.  The four are also charged, under Article 278, with ‘planning to violently seize power, overthrow the constitutional order’, an especially cynical charge given that the armed men who burst into their homes early on 10 June 2019 did not even pretend to look for weapons or explosives, only ‘prohibited literature’.

Ruslan Nagayev is 56 and has lived in Crimea since 1977, having spent the years until the collapse of the USSR and Ukraine’s independence facing enormous pressure and harassment.  He and his wife have two adult daughters, Sevile and Adile. Although an electrician by profession, he had worked as a small businessman from the year 2000 and, during the summer, took tourists on boat excursions.

Since 2015, he has stood in for the Imam of the mosque in the village of Malorechenske, and would hold the Friday prayers.  From 2017, at the request of other members of the community, he carried out the duties of the Imam, also holding funerals, memorial and festival prayers.

There are compelling grounds for suspecting that Khalilov and Mesutov were arrested as part of a mounted offensive against the ‘Alushta’ religious community which has demonstrated independence from the Muftiat of Crimea.  The latter’s collaboration with the Russian occupation regime has given it benefits, including, it would seem, effective possession of the Yukhary-Dzhami Mosque which has been illegally seized from the community.

Kantimirov had long faced administrative prosecution and harassment in occupied Crimea for his defence of other political prisoners.  He refused to fall silence and is now paying for his courage.  See Huge sentences against Crimean Tatar political prisoners mean fat bonuses for Russia’s FSB

Like most of Russia’s ‘trials’ of Crimean Tatar and other Ukrainian political prisoners, this one has taken place at the Southern District Military Court in Rostov (Russia) under presiding judge Roman Viktorovich Saprunov, together with  Maxim Mikhailovich Nikitin and Rizvan Abdullayevich Zubairov,

The letters show them – and Moscow – that they are not forgotten. Although nothing about this ‘trial’ and the judges’ behaviour give any grounds for optimism about the verdict on 16 August, the sentences will certainly be appealed, meaning that the men will probably remain in Rostov for some time.