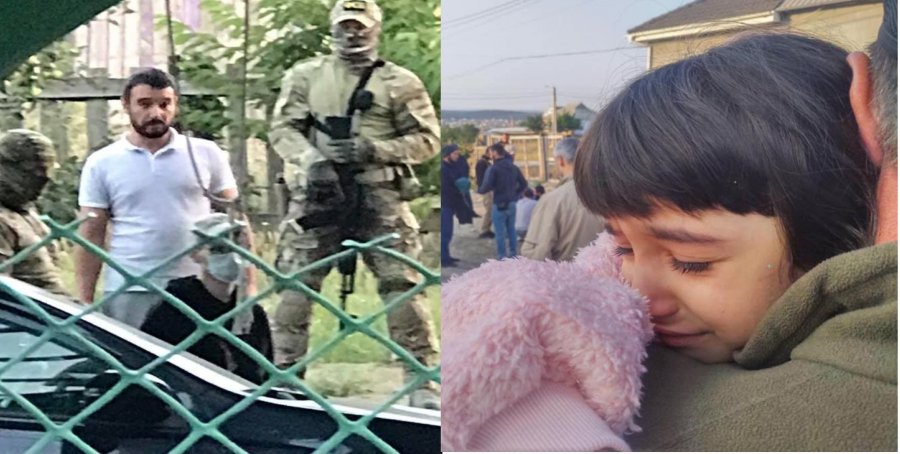 The Russian occupiers changed their tactics this week and did not prevent Crimean Tatars from travelling to Russia for the passing on 16 August of appalling sentences against four political prisoners.  Instead, they staged new armed raids early the following morning, with Rustem Murasov,, one of the Crimean Tatars who travelled to Rostov to show his support, arrested on grotesque ‘terrorism’ charges within hours of his return.  The message could not be clearer: demonstrate solidarity with political prisoners and you could be next. The five Crimean Tatars now imprisoned: Zavur Abdullayev; Dzhebbar Bekirov; Rayif Fevziyev; Rustem Murasov and Rustem Tayirov have all been active in attending politically motivated court hearings; have taken part in flash-mobs, single-person pickets, etc and in helping the families of political prisoners.

Although these raids are supposed to be ‘searches’, the term seems inappropriate, and not only because the FSB standardly breach all rules: blocking access to lawyers, bringing the so-called independent witnesses with them, etc.  Despite the charges in these cases leading to sentences of up to 20 years’ imprisonment, there is essentially no pretence made of searching for anything except ‘prohibited literature’.  Here too, the FSB increasingly bring such material with them, which explains their resistance to lawyers and real witnesses being present. 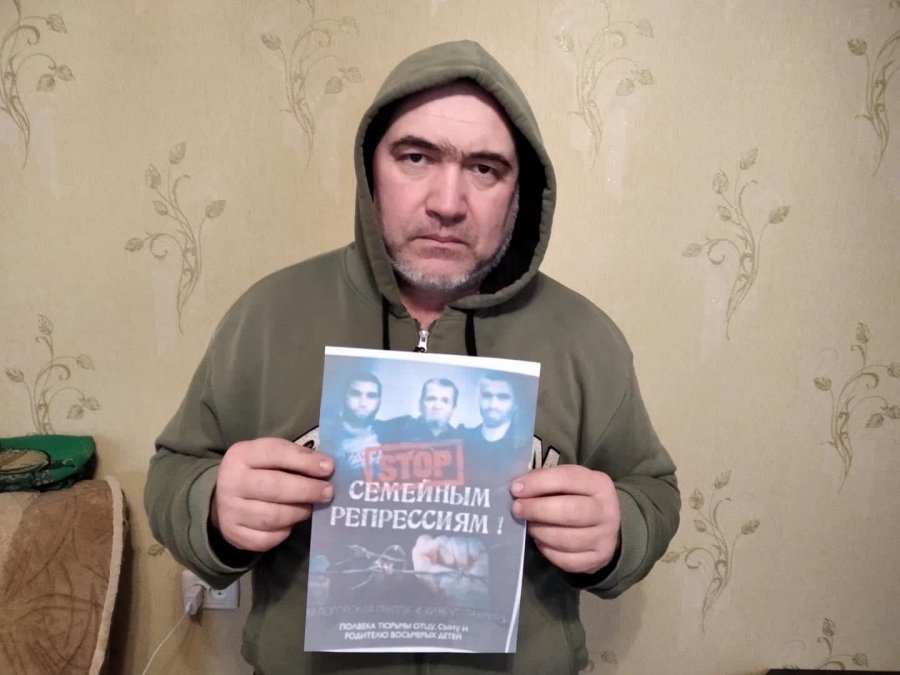 In the early hours of 17 August, the alleged ‘investigative measures’ were over before lawyers could reach four of the homes.  It seems certain that they would have met with the same refusal as did Edem Semedlyaev, who arrived swiftly at the home of Rayif Fevziyev.  According to Fevziyev’s wife, Liana, the officers brought the books that they claimed to have ‘found’ among her pots. It is unclear whether the FSB are so illiterate that they do not understand that no devout Muslim would keep religious literature in such a place, or whether they simply do not care and know that the prosecutor and judges will turn a blind eye.

Crimean Solidarity has seen the search warrant in the case of Rustem Murasov, the civic activist who had arrived home just two hours before the FSB turned up.  The document openly states that the reason for the ‘search’ is information giving the investigators grounds to presume that there could be electronic storage devices, including mobile phones, ebooks, USB-drives, etc. containing information about Hizb ut-Tahrir or “extremist literature of this organization”.  The document does call Hizb ut-Tahrir “a terrorist organization” but does not mention looking for anything that would normally be associated with terrorism, namely weapons, explosives, etc. 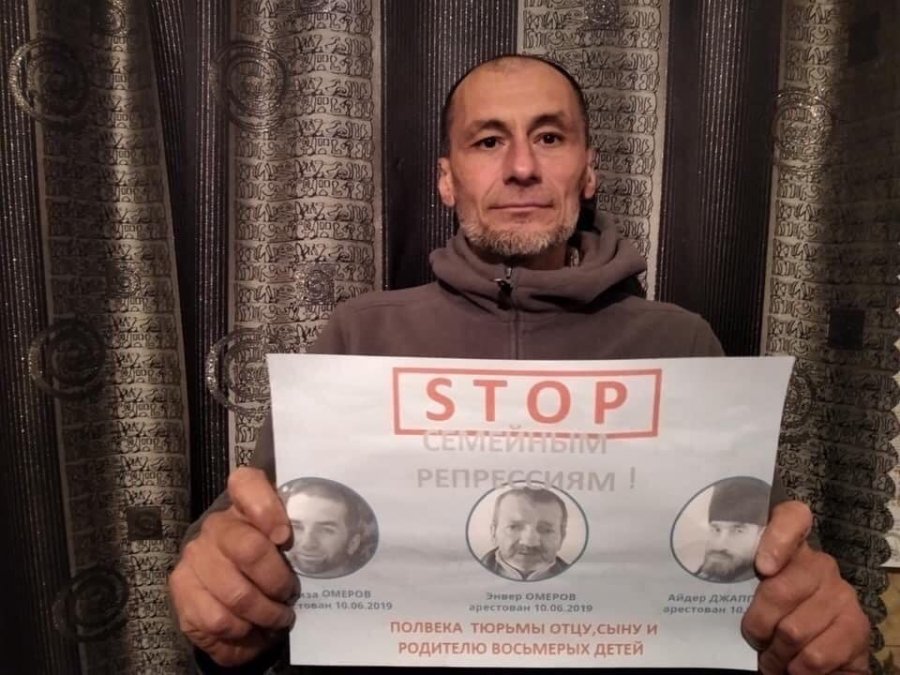 The document presented in the court detention hearing with respect to 48-year-old Zavur Abdullayev is even more revealing.  It is claimed that since January 2020, Abdullayev has taken part “in conspiratorial meetings of members of a local group of the organization [Hizb ut-Tahrir], drawn up and corrected further plans, aims and tasks of the group in the region, and also carried out secret anti-Russian, anti-constitutional activities in the form of propaganda work among the population, encouraging them to take part in the activities of a terrorist organization”.

Abdullayev is thus facing a 10-20-year sentence because he is supposed to have taken part in the activities of an organization, and tried to encourage others to do the same.

There is almost certainly no evidence to back this, except the unverifiable testimony of anonymous witnesses, however the first, fundamental, problem lies in the charge itself.  Hizb ut-Tahrir is a peaceful, transnational Muslim organization which is legal in Ukraine and which is not known to have committed acts of terrorism or violence in Russia, or anywhere else.  Whether or not we share their views, there need to be compelling legal grounds for prohibiting an organization and labelling it ‘terrorist’, yet in its 2003 ruling, Russia’s Supreme Court essentially gave none.  This was doubtless one of the reasons why the ruling was passed behind closed doors and not made public until it was too late to challenge it. Since 2014 it has been used to imprison men for up to 24 years, and is increasingly used in occupied Crimea as a weapon against Crimean Tatar civic activists and journalists. 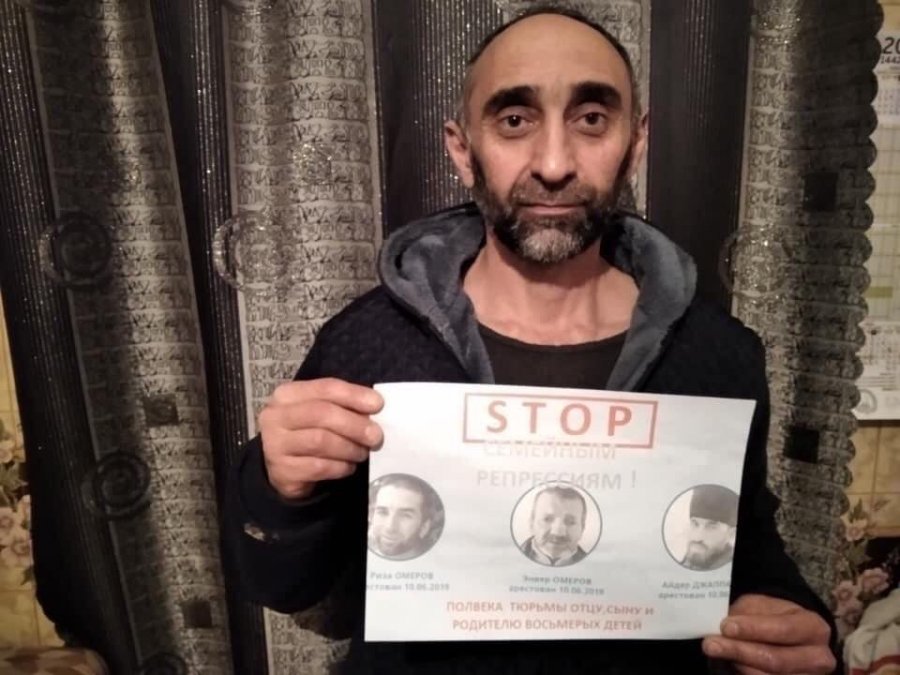 It is a brutal weapon that devastates entire families, since the men are taken away, being imprisoned first in the notorious Simferopol SIZO [remand prison], then in Russia, with their children, elderly parents, other relatives generally able to hope only for a glimpse of them when they are brought to court for detention hearings, or, eventually, for the ‘trial’ at the Southern District Military Court in the Russian city of Rostov.  Many are now serving sentences of up to 19.5 years in harsh regime prison colonies in the Russian Federation, thousands of kilometres from their families and from their homeland.

For all of the above reasons, as well as because Russia, as occupying state, is expressly prohibited (by the Fourth Geneva Convention) from applying its legislation in Crimea, all those Crimean Tatars and other Ukrainians arrested on these charges are political prisoners (and have already been, or will soon, be recognized as such by the renowned Memorial Human Rights Centre.). 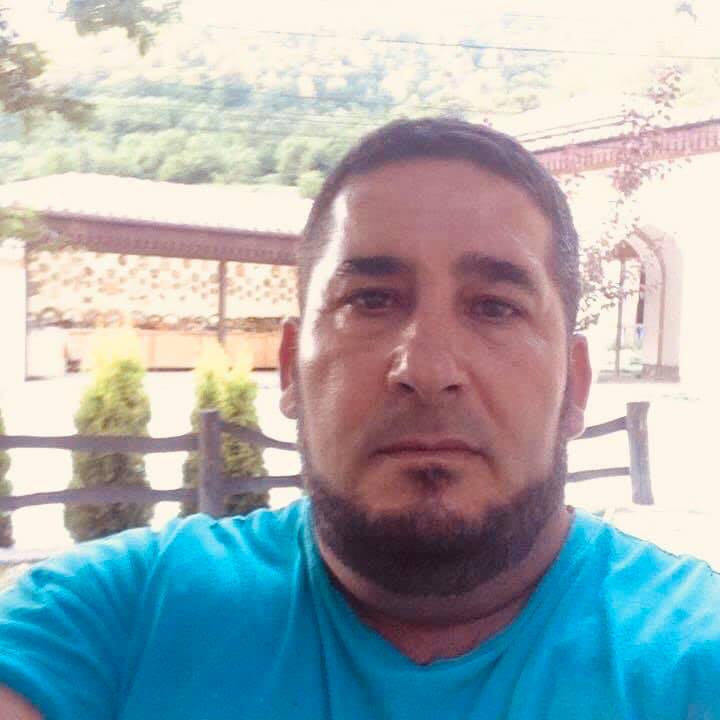 Five Russian-controlled ‘court hearings’ were held on Tuesday evening with all of the men remanded in custody until 10 or 12 October. Two of the men – 41-year-old Rayif Fevziyev and Dzhebbar Bekirov (51)  - are charged with the more serious ‘organizer’ role under Article 205.5 § 1 of Russia’s criminal code (carrying a sentence of 20 years or more). Zavur Abdullayev (48); Rustem Murasov (49) and Rustem Tayirov (51) are charged with ‘involvement in such an alleged ‘group’ (Article 205.5 § 2).  Judging by the charges against other civic journalists and activists, and by the claims of ‘anti-Russian and anti-constitutional activities’, it is likely that they will also end up charged, under Article 278, with ‘planning to violently seize power’.