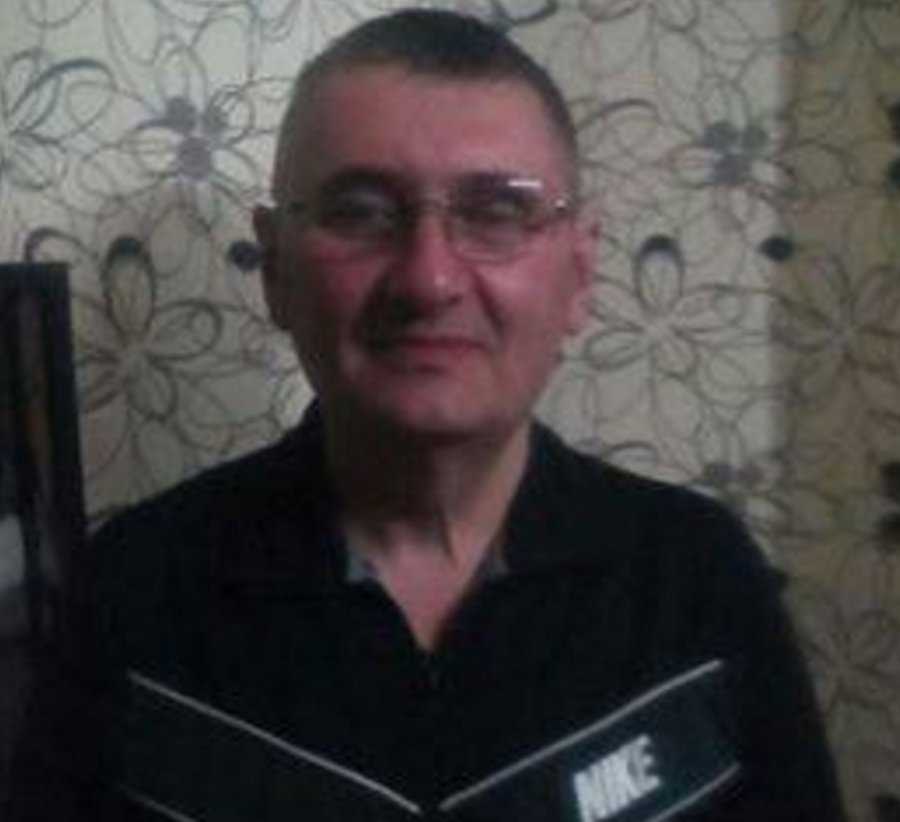 64-year-old Viktor Shur has spent almost seven years in Russian captivity, serving a 12-year sentence passed behind close doors without any access to an independent lawyer or to the Ukrainian consul.  He and Valentin Vyhivsky were both seized by the FSB during the first year of Russia’s undeclared war against Ukraine and convicted of ‘spying’ charges.  While in neither case, is there any real proof of what the ‘spying’ was alleged to entail, the fact that they were held incommunicado and deprived of proper defence suggests that Russia had a lot to hide.  In Shur’s case, this may include the sheer absurdity of the charges since the ‘state secret’ he is supposed to have been trying to pass on to Ukraine appears to have been a photo of cows grazing on an abandoned aerodrome that has not been used since the 1980s.

Shur is not a young man and the conditions in a Russian harsh-regime prison colony are shocking, especially since, like most Ukrainian political prisoners, he has spent a lot of time in the so-called SHIZO, or punishment cell.  He suffers from chronic bronchitis and a bone-related problem, as well as from severe headaches.  It is also worrying that he has told his daughter, Olha, that his eyesight is deteriorating as his artwork is really all that Russia has left him.

Shur is the son of a well-known Chernihiv art collector, and was himself involved in business, with this entailing regular travel between Ukraine and Russia.  It was for this reason that when the Soviet Union collapsed in 1991 he opted for Russian citizenship, while having permanent resident status in Ukraine.  His family is Ukrainian and he himself now holds Ukrainian citizenship, received when he was already imprisoned. Shur’s wife died several years ago, and he was living in Chernihiv, helping his elderly father.

Shur had first supported Euromaidan, and later helped Chernihiv volunteers, and it may be that he was deliberately targeted by the FSB, with the phone call from a client a trick.  His father later told journalists that his son had told him in early December 2014 that he needed to urgently travel to Russia.  He had arranged to drive to the Bryansk oblast (across the border from Ukraine)) and was supposed to return straight away, but simply vanished.  A week later Shur phoned and said that he had been arrested for fighting with a policeman and that he would return in another week.

The family were then told that he had been arrested for infringing the rules for a state-guarded site, with that subsequently stepped up to a charge under Article 275 of Russia’s criminal code – ‘state treason’ by spying for the security service “of a foreign state”.   It was later that his family discovered that he had been seized in the zone between the Ukrainian and Russian borders by men in masks who broke the windows in the car and used smoke bombs against him.

There does not seem to have been any reason for Shur to have known that the field he was photographing had once been a defence ministry aerodrome.  Since it had ceased to be so before the Soviet Union collapsed, it is hard to imagine how this could be a state secret, and certainly not one that could be of use to any country’s security service.

Shur was initially held in the Bryansk SIZO [remand prison] and then taken to the FSB’s Lefortovo prison in Moscow.

Olha reports that the so-called investigators used psychotropic drugs to get information out of her father, and it is likely that other forms of torture were also  applied. During all her visits to the prison, a guard is present and Shur would certainly be stopped and then face reprisals if he was to talk about the treatment he had received.

There are other standard FSB methods, including threats and promises that a ‘confession’ will minimize the sentence.  Such promises were a cruel lie.  Having signed all the documents they put in front of him,  Shur was sentenced on 7 October, 2015 by the Bryansk Regional Court to 12 years’ maximum security imprisonment.  The court website reported that he had been found guilty of state treason in the form of espionage.  He was supposed to have “on 9 December 2014 carried out reconnaissance activities on the territory of the Bryansk oblast – he gathered information constituting a state secret about a protected site belonging to Russia’s defence ministry with this ordered by Ukrainian State Border Service. Were this information to be handed to Ukraine’s Security Service, the latter could have used it against Russia’s security”.

Such ‘spying’ cases, especially where the FSB have succeeded in blocking access to an independent lawyer, make it difficult to assess the charges, however the Memorial Human Rights Centre has identified Shur as a probable victim of persecution.  He is recognized by Ukrainian human rights groups as a political prisoner and his release has been demanded in resolutions from the European Parliament and other European and international bodies.

It is very important to him to know that Ukraine and people beyond are concerned about him, and any letters or cards also send an important message to Moscow that he is not forgotten.  If possible include an envelope and a return address, so that he can write back.