Information about Covid-19 blocked in occupied Crimea, not the Russian tourists spreading it 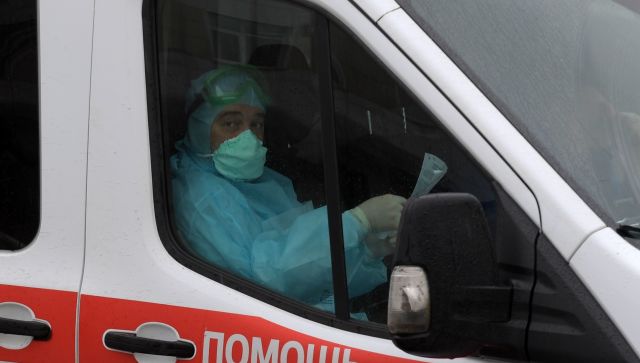 Despite record numbers of Covid-19 cases and deaths in Russia, the Crimean occupation authorities have imposed no restrictions on Russian tourists coming to the peninsula.  Russia is instead blocking sites that provide truthful information about the pandemic, lying about the deaths from the virus of medical workers, and providing statistics that are almost certainly wrong.

Anna Andriyevska, a journalist originally from Crimea, paints a stark picture of the situation at present.  There are not enough hospital beds, nor qualified medical staff, nor medicines.  The main problem, however, is that the occupation regime has not imposed any form of quarantine or restrictions on tourists coming to Crimea from Russia.

Andriyevska spoke with a Ukrainian whose elderly parents contracted the virus last autumn.  They telephoned the local clinic and, despite their age and having clear Covid symptoms (including loss of smell and taste), they were told to come into the clinic for a test.  When this proved positive, they were simply told to stay at home. They both, thankfully, survived, but were very ill for three weeks, with a high temperature, increasing oxygen saturation and breathlessness. They kept phoning the hospital but were repeatedly told “to wait” as there were no beds available.  Others, including 2-year-old Amina Osmanova from Sudak and Svitlana Khimich, a teacher from Simferopol, died because of the lack of beds and swift medical intervention.  The occupation authorities did react, after news of the deaths was reported by the media, but closed the mobile military hospitals as soon as that wave subsided.

The problem, in any case, is not just the lack of hospital beds.  The occupation authorities themselves admit that there is currently a shortage of 2,5 thousand doctors and 4 thousand other medical personnel.

Andriyevska speaks of a “collapse of the medical system” and attributes this to the actions of the occupation authorities last year, when they first removed all restrictions for Russian tourists and held a number of mass events without any particular monitoring of whether people were wearing masks, etc.

Worth noting that this was all at the same time that the pandemic was being used as another weapon against the mothers of political prisoners who were prosecuted for holding single-person pickets.

The removal of any restrictions on Russian tourism was appallingly irresponsible even last year when the numbers were bad, but not as shocking as now.  As of 29 August 2021, Russia was admitting to almost 7 million cases of coronavirus and 181,637 deaths.  Its total excess fatality count, however, since the beginning of the pandemic was 596,000.   It defies belief that, for the second year running, the occupation authorities waived all restrictions on Russian tourists.  This has almost certainly contributed to what the occupation regime itself admits are “negative trends”.  Andriyevska reports that in July 2021, the Crimean figures were 300-400 cases a day, with this for most of July having been equivalent to the number for all of mainland Ukraine.*

The Crimean Human Rights Group [CHRG]  has been monitoring the situation since the beginning of the pandemic.  In December 2020, it warned that the figures given for numbers of cases could be four times higher than the official figures.  CHRG Director, Olha Skripnyk did not give any estimate now, but does express scepticism as to the official figures given.  They have been told, both by people working in the local occupation authorities and by hospital staff that the latter are verbally instructed to send patients home so that they don’t ‘spoil’ their statistics.  Russia, Skripnyk says, is demonstrating its indifference to the lives and health of people in occupied Crimea and is helping to spread the virus.

The situation with vaccines is also very difficult, since only five Russian vaccines are currently available (including Sputnik V).  None of these has received WHO endorsement and public trust in them is, accordingly, very low.  Andriyevska reports that at the beginning of the holiday season, the occupation authorities announced that there could be compulsory vaccination for people working in the service industry and public transport, with this still being carried out, with varying forms of coercion, threats of dismissal, etc.  The question of compulsory vaccination is always contentious, but such coercion must be alarming where the vaccines available have not necessarily undergone reliable testing procedure.  The question also arises, of course, of why more obvious measures are not being taken, like cancelling the huge number of flights from St Petersburg and Moscow every day, or at least proper quarantine measures.

Public trust might also be greater if the Russian occupation regime was not so intent on blocking access to truthful information.  In June 2021, CHRG reported that around 30 websites giving facts about the real situation with coronavirus were blocked.  It should be noted, of course, that Russia is also trying to prevent Crimeans knowing about political persecution, the destruction of cultural heritage, the real economic situation and other inconvenient facts.