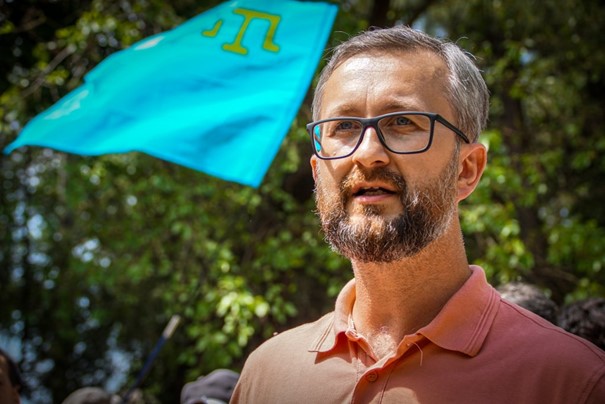 Russia’s FSB has concocted grotesque ‘sabotage’ charges against Nariman Dzhelyal, First Deputy Head of the Mejlis of the Crimean Tatar people, and a politician, teacher and journalist held in high regard both in Ukraine and abroad.  Moscow is scarcely trying to conceal that this is in revenge for Ukraine’s inauguration of an international Crimea Platform and Dzhelyal’s participation in it.  The alleged act of ‘sabotage’ that Dzhelyal is accused of coincided with the inaugural meeting attended by Ukraine’s leaders and high-ranking representatives of the EU and its member states, USA and Canada.

Russia has used ‘sabotage’ charges to imprison many Ukrainians since its invasion and annexation in 2014, with virtually all of them involving unprovable claims that the FSB thwarted plans to commit such sabotage.  In this case, there was an original report on 23 August, which claimed that “unidentified individuals have damaged a gas pipe” in Perevalne (Simferopol region).  The Russian state-controlled RIA Novosti cited an occupation police report stating that “information has been received about damage to a gas pipe. An inspection of the site established that the metal damage to the gas pipe had, possibly, arisen as the result of illegal actions by unidentified individuals”.   The criminal investigation launched was under Article 167 § 2 of Russia’s criminal code (‘deliberate destruction or damage to property’).  A slightly later report said that the gas served a military unit (but not a military settlement which Russia has established nearby).  There does not appear to have been any further mention of this either then or later.

As reported, from early on 3 September until the 'search' of Dzhelyal’s home in the morning of 4 September, there were armed raids of five homes, resulting in what bore all the hallmarks of abductions, not arrests.

Armed men arrived at the home of Eldar Odamanov (b. 1982) early on 3 September.  According to Eldar’s wife, Safiye Mamutova, the men immediately removed all telephones preventing her from calling a lawyer.  They also refused to provide any identification or explanation and, after a brief search, left taking her husband away. Lawyer Emil Kurbedinov spent over 36 hours trying to find out where Odamanov had been taken, with fears mounting as to his physical safety.

There were armed searches of the homes of three men during the night from 3-4 September, once again with telephones removed so that nobody could be contacted.  There can be no good reason for armed raids in the middle of the night, unless there is an immediate need to prevent a crime.  Here it was learned late on 4 September that two of the men -  Aziz Akhtem (b. 1986) and his cousin Asan Akhtem (b. 1989) are accused of ‘sabotage’ solely over the possibly deliberate damage caused to a gas pipe “by unidentified individuals” almost two weeks earlier.  As of late in the evening on 5 September, the whereabouts is still unknown of the third person taken away that night, Shevket Useinov (b. 1979).

The FSB always break the law by bringing their own official witnesses [понятые], and by preventing lawyers from being present.  There is, therefore, every reason to suspect that these night raids planted ‘evidence’.  Asan Akhmet’s wife, Rebika, said that the first group of men who turned up with dogs said that a second would also be arriving, with it likely that the second ‘found’ what the first group had left.

The ‘search’ of the Dzhelyal home began soon after 07.00 on 4 September, with Dzhelyal’s wife forced to remain in a separate room, together with the couple’s four children.  They took Dzhelyal’s phone and laptop away, and left, with Dzhelyal, in an unmarked car and without giving any indication of where they were taking him.  Dzhelyal’s lawyer arrived just as the minivan was leaving the courtyard, and she immediately tried to follow it.  A white Skoda, with a man wearing a hood and mask, blocked her path.

Since all five men simply disappeared, there were very serious grounds for concern and relatives of the men were joined by other members of the Crimean Tatar community throughout Saturday and well into the evening.   At least 42 people, including several elderly men, were detained, as well as two Crimean Solidarity and Grani.ru journalists, Aider Kadyrov and Hury Abdurashitov.  The officers used force against people who were gathered peacefully.

It was only established at around 20.00 on 4 September that all five men were held at the FSB office in Simferopol.  The FSB had blocked the lawyer who arrived to represent Aziz Akhtem, claiming that the latter had signed a document rejecting her services. They then prevented another lawyer, who had signed an agreement with the family, from seeing him. The same method has been used on previous occasions, for example, in the case of Yevhen Panov.  As soon as, via the European Court of Human Rights, Russia was forced to allow him to see an independent lawyer, Panov stated clearly that he had signed that document and had given a videoed ‘confession’ under torture.

No information at all was provided about Dzhelyal or the other men, except that they were being held.  More details became known on 5 September regarding four of the men. 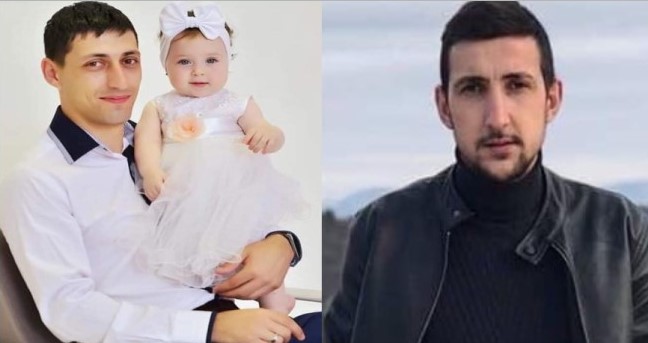 The two Akhtem cousins are charged with ‘sabotage’ under Article 281 § 1 of Russia’s criminal code).  This carries a sentence of from 10 to 15 years, with previous experience of such cases in occupied Crimea showing that no amount of proof that ‘evidence’ has been falsified, nor testimony that the men signed ‘confessions’ under torture making any difference.  Aziz Akhtem is a car mechanic, while Asan both writes for the Crimean Tatar newspaper Avdet and works as a driver for its Chief Editor.

Nariman Dzhelyal is also facing charges under Article 281 § 1 and Article 33 § 5 (acting as an accomplice via advice, instructions, information, means of carrying out a crime, etc).  His lawyer, Emine Avamileva reported that he had been held from the moment of his ‘arrest’ until late evening, probably in a basement, in handcuffs and with a bag over his head, facing serious psychological pressure.

Odamanov, whose whereabouts had been unknown for over 36 hours and who was only allowed to see a lawyer after two days, is charged only under Article 19.3 of Russia’s Code of administrative offences (disobeying the lawful order of a police officer, etc.).  It is ominous that nothing at all is known about Shevket Useinov, except that neither he, nor Odamanov, have been charged with ‘sabotage’.

The fact that all the men were held incommunicado for so long; the evident attempts to prevent at least one of the men from then seeing his lawyer; as well as the very strange behaviour over Odamanov and Useinov, strongly suggest that the FSB are using torture to obtain ‘evidence’ for these implausible claims which are overtly aimed against Nariman Dzhelyal.

The methods used and the charges laid against the highest-ranking representative of the Mejlis or representative body of the Crimean Tatar people still in Crimea demonstrates the truth of everything stated at the Crimea Platform on 23 August.  There can be no end to the suffering and lawlessness endured by all Crimean Ukrainians, but especially Crimean Tatars, until Russia is forced to end its occupation of the peninsula.  There were warnings back in 2016 that Russia’s lawless banning of the Mejlis was a declaration of war against the main indigenous people of Crimea.  Russia is still refusing to comply with the UN International Court of Justice order to revoke its ban on the Mejlis.  It has also ignored statements of protest from international bodies and democratic states over the ban.  The latter were, however, never accompanied by any serious increase in sanctions.  Quite the contrary, since the Parliamentary Assembly of the Council of Europe [PACE] capitulated and totally reinstated Russia’s membership, removing the few sanctions it had imposed.

Russia’s attack on Nariman Dzhelyal is a new declaration of war against Crimean Tatars and is a test of the West’s willingness to do more than express deep concern.  There must be immediate response, backed by real sanctions.