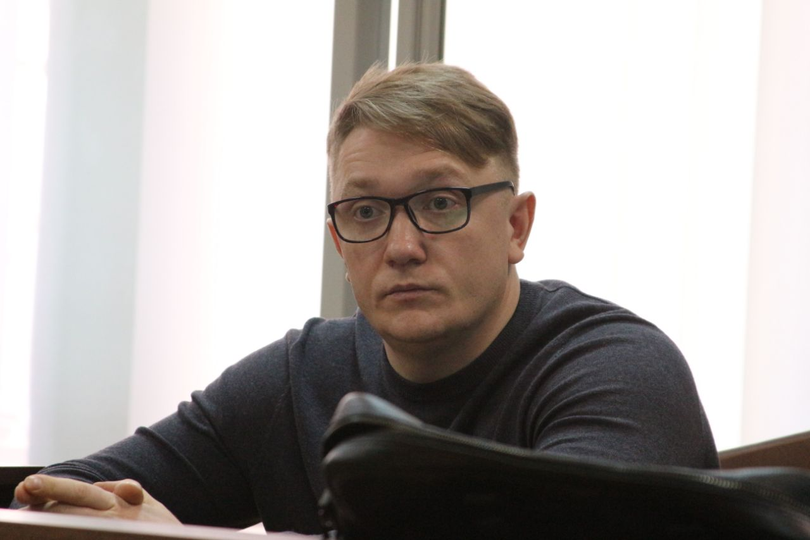 Yury Spasskykh, a former Interior Ministry official, has been remanded in custody in Ukraine and is facing trial on charges linked with the killing of Maidan protesters in the morning of 18 February 2014.  Spasskykh is, in fact, charged over a number of Maidan crimes and fled the country in the Spring of 2014, only to end up imprisoned in Russia on bizarre charges.

During the Euromaidan protests in 2013-2014, Spasskykh was the deputy head of a section dealing with mass events within the Kyiv Police Department on Public Security.  He appears to have first been arrested in 2018 after returning to Ukraine, but was only remanded in custody, by the Pechersky District Court in Kyiv on 20 September after he went into hiding earlier in the month.  He was earlier informed of charges over the violent dispersal (or attempted dispersal) of protesters during the night from 10-11 December 2013, and over the dispersing of protesters on 18 February 2014, the first of the two bloodiest days of Maidan, when peaceful protesters were gunned down.  The prosecution has now accused him also of having organized both an act of terrorism and the killing of protesters.  The Prosecutor General’s Office report speaks of the killing of three protesters and inflicting of grave injuries on 14 people and injuries of medium severity on a further 59 protesters.  He is charged under a large number of articles of Ukraine’s Criminal Code, including murder (Article 115 § 2).  If convicted on the murders alone, he could face a sentence of up to life imprisonment.

Like his superiors in the Interior Ministry and ex-President Viktor Yanukovych, Spasskykh fled to Russia.  Unlike them, however, he did not find the protection he doubtless expected and instead seems to have spent three years in a Russian prison.  According to Kommersant.ru, Spasskykh was arrested that very same Spring (2014) and charged with trying to abduct the former Deputy Head of the President’s Administration under President Viktor Yanukovych, Andriy Portnov.  Portnov, who is widely believed to have been the author of the ‘dictatorship laws’ that Yanukovych tried to bring in on 16 January 2014, also fled to Russia first before later moving to an EU country and engaging in various litigations over being placed on international sanctions lists.

Russia, and presumably Portnov himself, claimed in the Spring of 2014, that there had been an attempt to abduct Portnov and return him forcibly to Ukraine.  It was asserted that this alleged abduction plan had been initiated by Vitali Klitschko, Mayor of Kyiv.  Spasskykh was arrested and immediately “admitted guilt, repented and began cooperating with the investigators”.  He obligingly claimed that he had come to Moscow to abduct Portnov and that Klitschko had offered him a million USD for this.

There are multiple problems with this story, not least the fact that Spasskykh had at least as much reason to fear a court in Ukraine if he brought Portnov back, as the latter would.  The Kommersant report states that the Ukrainian Prosecutor General’s Office had instructed the SBU [Security Service] and police on 28 February to detain Portnov on charges of the mass killing of Maidan activists, but that they had not managed “to abduct” Portnov “become the Russian security service learned in time of the criminal plan”.   Other reports say that Spasskykh was released in 2017, and returned to Ukraine.

Earlier in September 2021, it was learned that the trial was soon to begin of a former Omega Special Forces officer Volodymyr Kosenko.  He is accused of killing and attempting to kill Maidan activists on 20 February 2014, the last and bloodiest day of Euromaidan.  The prosecution asserts that Kosenko deliberately aimed and shot at protesters on Instytutska St. in the morning of 20 February 2014.  He is specifically accused of having killed Oleh Ushnevych and wounded Vitaly Hukov. (more details here).

The trial is continuing, although very slowly, of Oleksandr Marynchenko and Serhiy Tamtur, two of the five former Berkut officers, whose trial over the killing of 48 Maidan activists had originally been expected to end in 2020.  They and three other former officers - Pavlo Abroskin; Oleh Yanyshevsky and Serhiy Zinchenko were, a very contentious move, released and handed over in a Russian-controlled Donbas prisoner exchange in December 2019 and their whereabouts are unknown (details here).