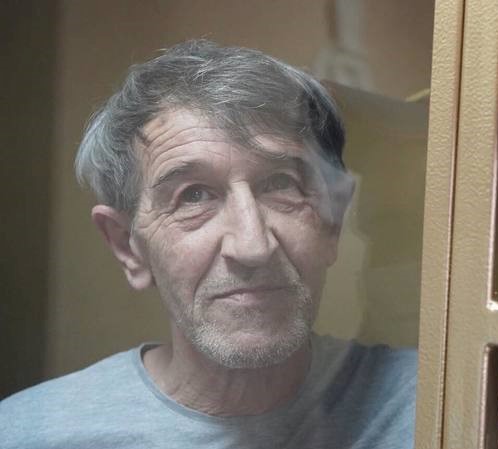 Oleh Prykhodko’s family are increasingly concerned that they have heard nothing from the 63-year-old Ukrainian political prisoner since May of this year.  Prykhodko has serious health issues, and there have long been problems with prison staff not passing on the medication which his family sends.  Prykhodko is also imprisoned for his unconcealed opposition to Russia’s occupation of his native Crimea and he is quite likely to face particularly bad treatment in what is already the harshest form of Russian imprisonment.

Prykhodko’s daughter, Natalya  says that she last spoke with her father in the court premises on 15 May. After his appeal against the 5-year sentence was rejected, he was moved from occupied Crimea to the notorious Vladimir Central Prison, around 160 kilometres from Moscow.  She knows that he has been there since 26 June, but has had no contact, and says that her mother is planning to try to visit Prykhodko.  It was, in fact, difficult even to ascertain that he had actually arrived at the Vladimir Prison.  In late July, Prykhodko’s lawyer Nazim Sheikhmambet told Crimean Solidarity about the absurd methods used to obstruct lawyers from finding out their clients’ whereabouts.  He had been redirected many times, before being told by somebody on duty at the prison that they did not give “prisoners’ personal data by telephone”.  Sheikhambet asked if somebody’s whereabouts was viewed as ‘personal data’, and was told that, for all that this woman knew, “you could be a criminal boss wanting to kill him”.

Any danger to Prykhodko thus far has come from the Russian occupation and Russian authorities.  Prykhodko is one of at least three Crimeans, all with strong pro-Ukrainian views, who were arrested in the first three months after Russia’s last release of Ukrainian political prisoners.

In declaring Prykhodko a political prisoner, the authoritative Memorial Human Rights Centre also considered some phone calls allegedly recorded.  These used very heated language, but gave no indication of plans to commit any specific actions.  The human rights group points out that the only specific details were from the alleged text messages which could very easily have been fabricated.  It was these which were found in an expert assessment to “be of a terrorist nature”.

Letters send an important message, telling him that he is not forgotten, while also showing Moscow that the ‘trial’ is being followed. Letters need to be in Russian, and on ‘safe’ subjects.