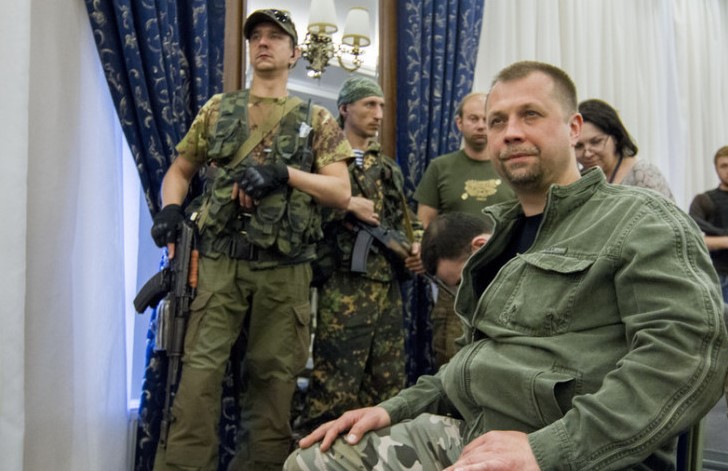 Alexander Borodai (seated at the front) with other fighters in 2014

Alexander Borodai, one of the first Russian ‘leaders’ of the self-proclaimed ‘Donetsk people’s republic’ [‘DPR’] has reportedly been elected to Russia’s State Duma from the ruling United Russia party.  He is one of at least two ‘Russian World’ fanatics, denying Ukraine’s right to exist, who were elected, however Zakhar Prilepin, the writer turned fighter, has set his sights higher, and is instead going to attend a ‘training course’ in the hope of being appointed a governor of a Russian region.

Mass vote-rigging and other shenanigans made the event from 17-19 September an election in name alone and Borodai’s ‘win’ should not be viewed as demonstrating electorate support.  It was expected because Borodai had earlier received the endorsement of the United Russia party, and the latter had signed a cooperation agreement with the so-called Union of Donbas Volunteers which Borodai heads.  This ‘union’ was created in 2015 under the patronage of the former aide to Russian President Vladimir Putin, Viacheslav Surkov.  The latter is widely assumed to either have been, or still be, in charge of the so-called ‘republics’.  According to Ukrainian researcher on occupied Donbas, Maria Kucherenko, the union’s title is a misnomer as this is a paramilitary organization made up of mercenaries who fought not only in Donbas, but also in the Balkans and in Transnistria. The term ‘volunteer’ suited the narrative used by Moscow to explain the presence of such a large number of Russians in what Russia has tried to claim is a Ukrainian ‘civil war’.  In fact, most of those ‘volunteers’ were paid to go to Ukraine to kill Ukrainians, and Dutch and international investigators into the downing of passenger airliner MH17 from militant-controlled territory have made public an intercepted call in which Borodai can be heard stating that he is “carrying out orders and protecting the interests of one and only state, the Russian Federation’.

Both Borodai and former FSB officer Igor Girkin were moved from ‘DPR’ soon after the downing of MH17 by a Russian BUK missile made it expedient for Moscow to remove prominent Russian leaders of its ‘Ukrainian civil war’ and ‘separatist republics’.  They have both given a lot of interviews to pro-‘Russian World’ media over the past seven years.  While they try to retain the basic elements of the Kremlin’s narrative about the conflict, both constantly provide incriminating revelations.  Borodai, for example, is on record for saying that if it had not been for Russian President Vladimir Putin and Russia, the so-called ‘Donetsk and Luhansk people’s republics’ would not exist and he and other ‘volunteers’ would be dead. This hardly fits Moscow’s refrain about a ‘civil war’. 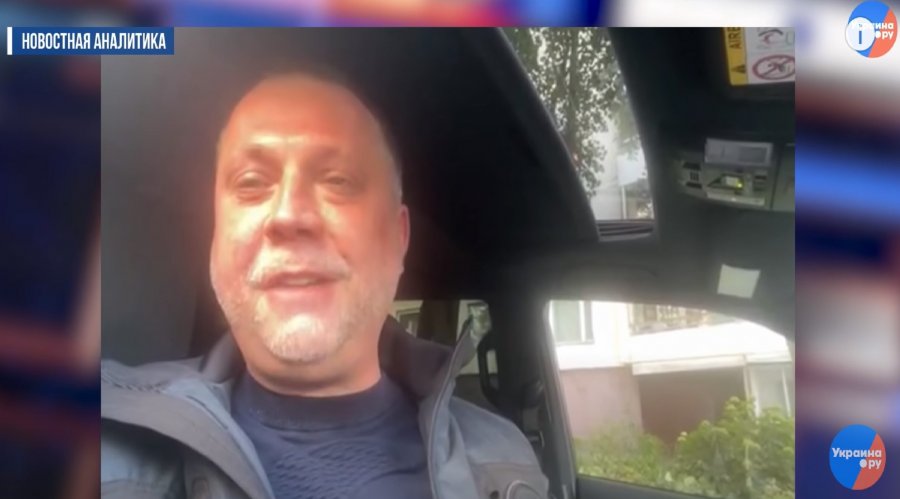 Since it was clear back in May 2021 that Borodai was likely to end up a Russian legislator, it is worth considering his pronouncements in an interview posted by the Russian-based Ukraina.ru on 7 September. Asked whether the militants “should have taken Mariupol; Sloviansk and Kramatorsk” in the summer of 2014, Borodai asserts that they should have gone “for the maximum”, seizing not only all of Donbas, but also Kherson, Odesa, and, if possible, Kyiv.  He claims that the opportunities were there, and this should have happened.  There is no point considering this, however, since “as they decided, so it happened”.  Borodai names no names, however it is quite clear that the decision he is referring to came ‘from above’, and not from the militants themselves.

By June 2014, the Ukrainian Armed Forces had begun driving out the militants, including first from Mariupol, then, in early July, from Sloviansk and Kramatorsk. It had appeared a matter of time before the militants were defeated.  That was when, in August that year, Russia began sending in vast amounts of heavily artillery and its own military men.  It was very clearly those developments that Borodai was referring to when he said he and other militants owed their lives to Putin and Russia.

The soon-to-be Russian MP was not just open about his aspirations for territorial aggrandizement. He calls the parts of Donbas not under the control of the so-called ‘Luhansk and Donetsk people’s republics’ “occupied territory’ and Ukraine “the enemy”.

While a number of former militants and mercenaries have blurted out incriminating evidence over the last seven years, Borodai does not particularly deviate from the key points of Moscow’s narrative.  There is a lot of attempted pathos about Russian citizens in Donbas, with Borodai assiduously avoiding any mention of the artificial means used, namely Putin’s decrees in 2019, to ensure that there were “hundreds of thousands of Russian citizens” from among the local, Ukrainian population of Donbas.

To a Russian chauvinist like Borodai, it is not just a question of Russian passports, since he does assert that the Ukrainian territory he thinks should have been seen is essentially “our Russian” territory.

He is essentially hostile to Ukraine’s very existence, claiming that “in order for the Russian people; Russian state to have the opportunity to exist normally, the Ukrainians state, or more precisely the imitation of statehood which is now called ‘independent Ukraine’, should in one way or another be destroyed, or at least be subjected to significant change and deconstruction”.   He expresses his conviction that what he claims is “absolutely Russian land which we call Novorossiya will, sooner or later, but hopefully, sooner, join the Russian Federation”.

At day after the above interview, Borodai spoke at a ‘DPR’ event, also attended by his former employer, Konstantin Malofeyev, a Russian billionaire under international sanctions for his active role in supporting the militants in Donbas.  Borodai again referred to “territory occupied by our enemy. This is the territory of our Russian outskirts, of our Russian Ukraine. And Kyiv, the mother of Russian cities, is also occupied by our enemy. This is our geopolitical enemy, with whom we, our ancestors fought over many centuries. Therefore, our common task, common victories are still before us”.

Russia had already used the mass issuing of its citizenship in the run-up to its war against Georgia, and Putin’s decrees making it easy for any Donbas resident to get Russian citizenship were by no means only in Ukraine viewed as an act of hostility.  Its actions since, in engaging Donbas residents in the Russian elections; in the public declaration of collaboration between the ruling party in Russia associated with Vladimir Putin and Borodai’s Union of Donbas Volunteers; increasingly frank admissions from United Russia of plans to annex Donbas and from Borodai, as he sought election to the State Duma, of plans for Ukraine’s destruction, should surely be viewed in the same light.