The Bill on SBU is unacceptable, it should be buried So what will “New SBU” be?What is wrong with the bill on SBU?Application practice of Article 109 of the Criminal Code of UkraineApplication practice of Article 110 of the Criminal Code of UkraineInvestigation of individual terrorist crimesThe practice of application of Article 111 of the Criminal Code of UkraineCriminal proceedings under Article 111 of CC of Ukraine against the journalists‘To be silent means to become an accomplice,’ St. Petersburg Pen Club"s StatementKazakhstan opposition activists beaten up and threatened with deportation by Ukraine’s Security Service Did ‘chief butcher’ of Izolyatsia secret prison in occupied Donbas work for Ukraine’s SBU? Ukraine is illegally deporting activist to Belarus to face persecution Ukraine SBU officers on trial for the killing of 72-year-old Maidan activist Fake ‘Ukrainian fascist’ arrested and charged with working for Russia and its proxy Luhansk ‘republic’ 80-year-old Ukrainian charged with trying to overturn the government via a Facebook repostSBU demands that asylum seeker retracts testimony to ECHR about torture in secret SBU prisonsZelensky’s proposed ‘reform’ of the Security Service fails badly on both reform and human rightsUkraine’s SBU must not help Russia persecute an asylum-seekerFirst court victory in Ukraine against illegal SBU abduction & deportation of Georgian linked to SaakashviliUkraine’s Security Service abducts and deports former political prisoner to Belarus
• Topics / Implementation of European Law 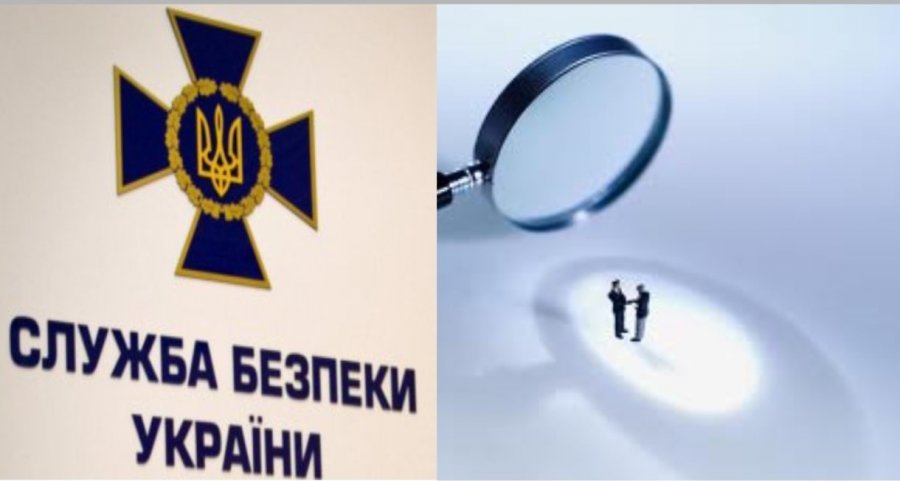 Prominent Ukrainian human rights organizations to some elements of the revised draft law on the SBU [Security Service].  While they acknowledge that important improvements have been made over the last year, there remain elements that violate both European human rights standards and Ukraine’s own Constitution.

The need for reform of the SBU has been clear for at least the last decade, with no real reforms ever proposed , tabled in October 2020 and passed in its first reading on 28 January 2021, is entitled ‘Amendments to the Law on Ukraine’s Security Service to improve the organizational and legal basis for the SBU’s work’.  The bill in that original form was heavily criticized, among others, by Yevhen Zakharov, Director of the Kharkiv Human Rights Protection Group.  Critics noted that it did not only fail to address the problems already existing, but also dangerously increased the SBU’s powers, for example, with grave implications for freedom of speech, personal data protection; and much more.

The good news, therefore, is that progress does finally seem to have been made, with the NGOs, who include the Ukrainian Helsinki Human Rights Union, the Centre for Civil Liberties; the Anti-Corruption Action Centre and KHPG, noting particular progress over the last month.

They welcome signs that the authors are trying to implement fundamental principles for reform of SBU.  These include removal of the SBU’s present functions regarding investigation of crimes.  Security services, they point out, have more responsible functions than looking for the culprits of this or that offence, especially where such offences have virtually no connection with Ukraine’s national security.   The SBU should, therefore, be stripped of any law enforcement powers assigned to it for the purpose of investigating such offences.  The other crucial basis for any real reform lies in effective independent control over the broad powers that the SBU has.  Parliamentary monitoring, via a special committee, needs to be considerably broadened and clear definition be given to the role of Presidential control.  There must also be annual public reporting on the work of the Security Service.

Progress made in implementing these crucial tenets means that the NGOs believe it possible to support the bill on condition that certain amendments are made.  Without them, they warn, the bill will still breach the Constitution and European rights standards.

The NGOs point out that some of the provisions in the new draft are unclear or too general.  While it is true that even the most unequivocal provisions still depend on the political will of Ukraine’s President, Verkhovna Rada and the SBU itself, it is important to clearly specify the SBU’s powers and the grounds and procedure for applying them. At present, such specification is lacking, with this creating huge scope for human rights violations in the future.

A particular area of concern is Article 13 on how the SBU obtains information.  One of the provisions (Article 13 Item 2 1) which the NGOs slam pertains to sweeping powers to obtain information.  The authors note that no security service in democratic countries can receive any information free of charge from any private or state body.  Private bodies cannot be obliged to provide information, especially where this does not pertain to a criminal investigation. It is customary also to distinguish two separate procedures.  One involves obtaining operational information of the Security Service, where, unless this is part of a criminal investigation, the information, at least from private individuals or entities, can only be provided voluntarily or by court order. The second pertains to criminal investigations, and here the SBU should be regulated by the same rules as any law enforcement bodies. Certain information even here can only be obtained by court order.  Part 3 of this same article in its present form violates Article 8 of the European Convention which  envisages the use of wiretapping equipment solely for investigating crimes in the case of identified suspects.  The draft bill in its current form would make it possible to wiretap virtually anybody in the country without any grounds, and without any guarantees that such a right would not be abused.  This is also in direct breach of Article 31 of Ukraine’s Constitution   This guarantees privacy of all forms of communication, with the exceptions “established only by a court in cases envisaged by law, with the purpose of preventing crime or ascertaining the truth in the course of the investigation of a criminal case”.

It gets even worse, with the access to all databases (banks and all!) envisaged in Part 3 of Article 13 on a scale not even seen in authoritarian countries, and inconceivable in democracies.  This is so clearly in violation of international standards that the NGOs say it must be simply removed.  The authors repeat that international human rights standards stipulate that private individuals can only be obliged to provide information if it is required for the investigation of  a specific criminal case, and even then, some information can be given solely on the basis of a court order. For the same reasons, Item 17 of the Final and Transitional Provisions of the Law must be removed, as well as the proposed amendments to the Law on Fighting Terrorism (Article 15 § 1.8). Article 13 § 4 also needs to be changed since the information from telecommunications providers falls under the general concept of private correspondence and falls under the above-quoted protection of Article 31 in Ukraine’s Constitution

Article 11 § 1.19 would allow the SBU to stop any person and search / examine them, their things or vehicle.  There are two violations here since the SBU should not be given such powers which should be solely the domain of law enforcement bodies.  The second problem is that such a right to check people’s documents, etc. is envisaged even where this is not to investigate crimes.  Such a carte blanche to carry out these activities without any serious grounds is also a violation of Article 8 of the European Convention.

The NGOs also demand removal of Article 11§ 1.7  and several other provisions enabling the SBU to block access to the Internet and obliging telecommunications operators to install the equipment providing the SBU with automatic access.  This, they point out, is a power that the SBU have been trying to obtain since 2003.  It is not something that security services have in any democracy and even authoritarian states often have separate services with such powers.

Yes, democratic countries do allow their security services to exert various forms of influence on decisions regarding access to resources, but such decisions are implemented by the providers themselves. Here, the SBU would be able to directly interfere in telecommunications networks and impose total surveillance.  This is very clearly in breach of numerous international norms regarding protection of citizens’ privacy. Article 16 of the Final and Transitional Provisions must also be changed since it too envisages obliging providers to establish such equipment giving automatic access to all their information.

In concluding, the authors recall the discussion around two important values, namely those of human freedom and of security.  Yes, the particular role that a security service plays in guaranteeing security is especially vital given Russia’s armed aggression.  It is important, however, not to lose freedom, they stress, and point out that it is precisely those powerful and uncontrolled security services who have been the instrument of authoritarianism in post-Soviet countries.