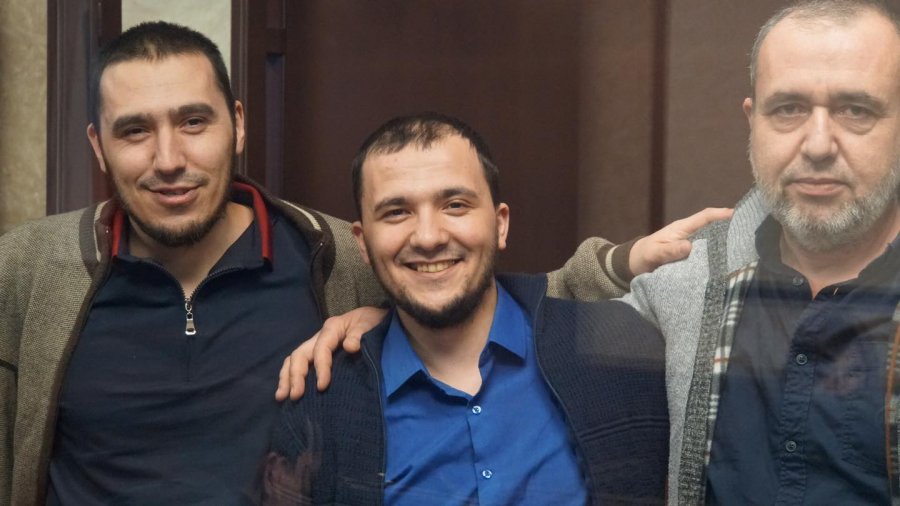 The trial is drawing to an end in Russia of Seitumer and Osman Seitumerov, the two sons of a renowned Crimean Tatar historian, their uncle Rustem Seitmemetov, as well as of Amet Suleimanov, a Crimean Solidarity civic journalist with a grave heart condition.  The four recognized political prisoners are facing 15-year sentences although they are not charged with any recognizable crime, and the defence has, during each hearing, demonstrated the falsified nature of the ‘evidence’ presented.  The hearing on 1 October was no exception, but nor was the behaviour of the presiding judge Igor Kostin in effectively siding with the prosecution.

Although the men are facing ‘terrorism’ charges under Article 205.5 § 2  of Russia’s criminal code, they are accused solely of ‘involvement’ in Hizb ut-Tahrir, a peaceful transnational Islamic party which is legal in Ukraine, and which is not known to have ever committed acts of terrorism anywhere in the world.  The Russian Supreme Court’s ruling in 2003 declaring Hizb ut-Tahrir ‘terrorist’ was kept secret until it could no longer be challenged, and is believed to have been prompted by Russia’s wish to forcibly deport Uzbek refugees who were facing religious persecution in Uzbekistan.  The charges are now particularly being used as a weapon against Crimean Tatar civic activists and journalists in occupied Crimea.  All of the men are also charged with ‘planning a violent uprising’ (Article 278) although even the FSB admit that not one of them is suspected of actions or direct plans to commit any action aimed at ‘overthrowing the Russian constitutional order’ 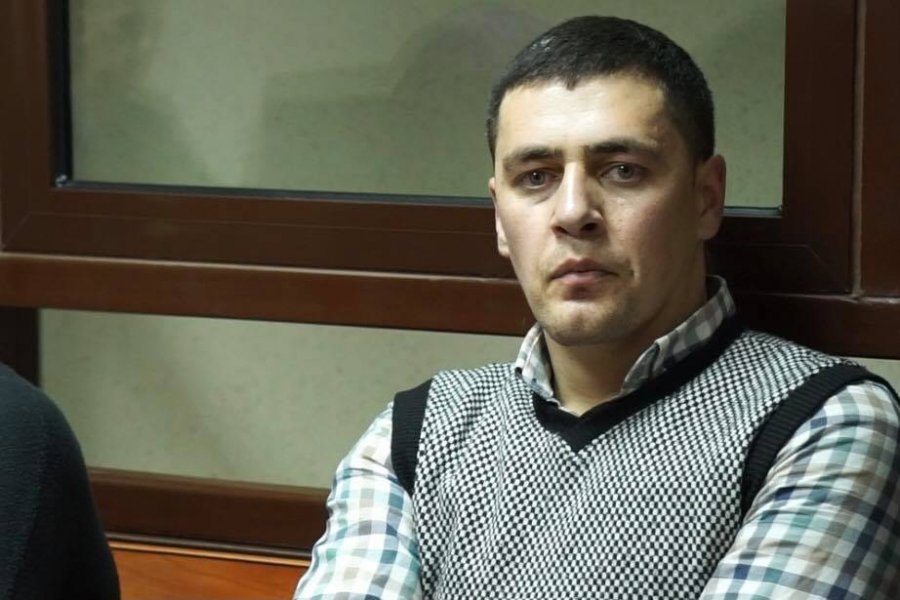 Since the men are not accused of any behaviour that in a democracy would constitute a crime, the FSB need only try to prove ‘involvement’ in Hizb ut-Tahrir.  In this case, as in earlier trials of Crimean Muslims, illicitly taped conversations on religious and political subjects are presented as ‘evidence’, together with ‘expert analyses’ of these carried out by supposed ‘psycholinguistic experts’ or similar.  These are essentially backed only by testimony from FSB officers and ‘secret witnesses’, whose testimony cannot be verified.

This was carried out by Larisa Teslenko from a private company called ‘ProfExpertNN’.  During the hearing on 1 October, the defence pointed out that no confirmation had been provided that this firm is licensed to carry out such assessments, and they had learned that Teslenko herself had been dismissed.  This is of crucial importance since it may explain what the defence consider to be the very dubious nature of the document provided.  Both the defendants and their lawyers pointed to major problems with the assessment, including a discrepancy between the transcript of the conversation and the conclusion reached, and both concepts and terms being manipulated.

The court agreed only to ask for the firm’s credentials, but rejected the entirely legitimate application for Teslenko herself to be questioned.

The prosecution claims that these conversations, held in a mosque, were ‘conspiratorial meetings’, with one of the pieces of alleged ‘proof’ of this being the fact that the men did not have their phones on.  In response to this, lawyer Nazim Sheikhmambet presented to the court video footage which clearly showed that there was a sign on the mosque requesting all worshippers to turn off their telephones before entering.

During the 1 October hearing, the defence applied for a person they identified as Konstantin, with the nickname ‘Latvian’, to be questioned since he too had been present during the conversations over which the men are charged.

The court rejected this application, just as it has the legitimate demands made earlier that the identity be revealed of the two ‘anonymous witnesses’, one of whom is Konstantin Tumarevich, a Latvian national living in Crimea.  Since the defendants themselves identified both of the men in early 2021, there is simply no good reason for continuing the farce.  There is, however, a compelling illegitimate excuse, namely that the prosecution’s case hinges upon the claims these men, from their position of anonymity, have made.   The fact that the prosecutor continues to demand anonymity and the presiding judge repeatedly disallowed probing questions indicates that they are all aware that this ‘testimony’ is essentially no different from the anonymous denunciations used by the NKVD during the Soviet Terror.

Both Konstantin Tumarevich and the other anonymous witness, whom the defendants identified as Salakhutdin Nazrullayev, have already been used to imprison at least eleven political prisoners.  Both men failed to answer the simplest of questions put by the defence, and often gave contradictory testimony.  Their supposed lapses of memory concerned everything but the key details that corresponded virtually verbatim to the prosecution’s case.

Both these alleged witnesses have vulnerable legal positions.  Nazrullayev is from Uzbekistan and does not (or earlier did not) have legal papers to enable him to remain in Russian-occupied Crimea.  Tumarevich is a fugitive from justice and has every reason to want to avoid being sent back to Latvia.  The leverage for putting pressure on them is evident, while there are simply no grounds for taking seriously the claim that the men could fear for their safety if they testified openly.  During Nazrullayev’s testimony in February, he took a very long time to provide answers and the defence expressed legitimate suspicion that he was consulting with somebody in the room with him before answering by video link.

Such reliance on ‘anonymous witnesses’ is in violation of a European Court of Human Rights ruling and has been condemned by the UN Secretary General in his last report on the situation in occupied Crimea.

Among numerous other irregularities pointed out during the last hearing was the fact that the other men used in supposed identification parades were significantly older / younger than the defendants, of different build, etc.  Despite such examples, the court refused to summons the individuals used for the parades.

It did, however, agree to include videos produced by the defence that proved that the FSB claims about the armed searches of the men’s homes on 11 March 2020 were not true.

The next hearings are scheduled for 14-15 October.

PLEASE WRITE TO OSMAN AND SEITUMER SEITUMEROV AND TO RUSTEM SEITMEMETOV IN RUSSIA!   Amet Suleimanov is under house arrest in occupied Crimea.