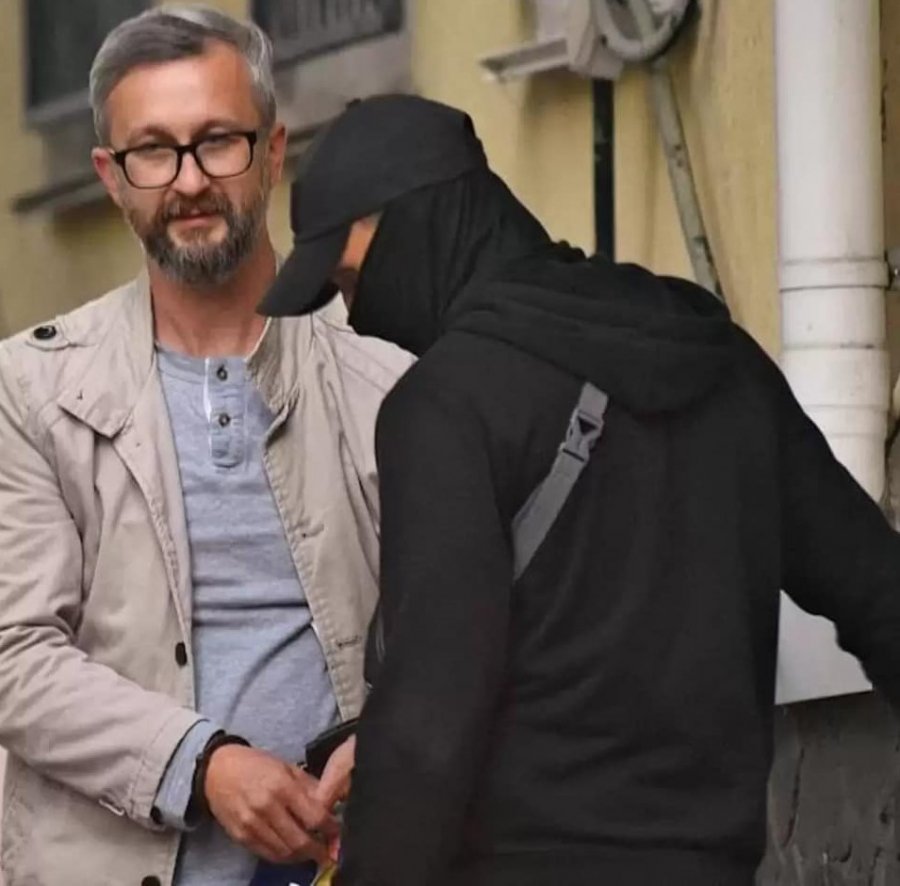 Nariman Dzhelyal’s lawyers learned on 8 October that the imprisoned First Deputy Chair of the Crimean Tatar Mejlis had been secretly moved against his will to a psychiatric hospital.  There are no grounds, even according to Russian legislation, for ordering any ‘psychiatric assessment’ and Dzhelyal’s lawyer, Nikolai Polozov is convinced that this is part of Russia’s punitive system aimed at putting pressure on detainees.

The secrecy of the move was also typical.  Since 4 September, when Dzhelyal and four other Crimean Tatars disappeared after being taken away by Russia’s FSB, there have been mass detentions and prosecutions of other Crimean Tatars peacefully gathering to try to find out the men’s whereabouts or, later, to show support during appeal hearings.  Around 50 people were detained on 4 September, with the father of one of the arrested men and brother of another imprisoned for 10 and 15 days, respectively, and fairly hefty fines imposed in copy-paste ‘court hearings’ against the others.  Then on 1 October, Leila Yashlavskaya was detained outside the Russian-controlled Crimean High Court after arriving, with others, for the appeal hearing against Dzhelyal’s detention.  She recalls that the ‘police’ began checking documents, although only of Crimean Tatars.  She had her identification document (also called a passport) with her but said that she would show it only after they explained the grounds for demanding it. They asked her to come to the police station, and when she refused without them giving some reason, they took her away by force.  She was held at a police station, without any grounds or procedural status, for five hours, with lawyer Emil Kurbedinov prevented from seeing her.  Kurbedinov stresses that it was quite clear why Yashlavskaya and others had arrived outside the ‘court’ building and there were no grounds for demanding to see people’s documents. The enforcement officers’ behaviour that day, he says, was aimed solely at trying to break down Crimean Tatar solidarity and frighten people from coming to such court hearings.

This is the second time that Russia has imprisoned leaders of the Mejlis of the Crimean Tatar people. This internationally recognized representative body of the main indigenous people of Crimea was banned in 2016 with Russia’s claim that it was ‘extremist’ widely recognized and condemned as linked with the Mejlis’s opposition to Russian occupation of Ukrainian territory.  It has now been well over four years since the UN’s International Court of Justice [ICJ] ordered Russia to withdraw the ban.  The ICJ order was a preliminary measure in response to Ukraine’s request, with the actual court proceedings against Russia still ongoing.  These, however, invariably take a long time, and Russia is using every method it can to drag them out still further.  In the meantime, it is fabricating criminal prosecutions and there are concerns that this latest offensive against Dzhelyal may be used to claim that the Mejlis is a ‘terrorist’ organization.

In its first ‘trial’ of Crimean Tatar Mejlis leader Akhtem Chiygoz on legally absurd charges over a pre-annexation demonstration, there were no grounds for holding the ‘trial’ behind closed doors, Instead, Chiygoz was effectively prevented from attending his own ‘trial’.  Thanks to Nikolai Polozov’s excellent legal representation, that ‘trial’ (and its later remake about forcibly exiled Mejlis Chairman Refat Chubarov) exposed all of the subterfuge and lies around Russia’s invasion and annexation of Crimea.

This is probably the reason why the FSB are here using ‘sabotage’ charges laid against Nariman Dzhelyal and two cousins – Asan and Aziz Akhtemov to force their lawyers into silence about the case and to hold even detention hearings behind closed doors.  Polozov’s request on 1 October that the media at least be allowed to attend was turned down.  There are certainly grounds for the FSB wanting their methods, and particularly the torture applied to both Asan and Aziz Akhtemov hidden, but another reason for the secrecy about the case would appear to be doubts as to whether there really was deliberate, but minor, damage to a gas pipe in Perevalne on 23 August, the day when Dzhelyal was in Kyiv and, together with high-ranking representatives of 45 democracies, was taking part in the inaugural Crimea Platform meeting.  No videos of the damage were ever published and there was silence after the Crimea Platform until the abduction-like ‘arrests’ on 3-4 September.  The gas pipe in question was not on any central circuit and could be fixed relatively easily with this yet further reason for doubting the FSB claims that the alleged ‘sabotage’ was planned by Ukraine’s Military Intelligence together with the Mejlis.

During the appeal hearing on 1 October, police vans and National Guard surrounded the ‘court’ building to prevent Crimean Tatars from gathering outside in solidarity with Dzhelyal.  In Polozov’s words, “This is in miniature what the authorities are doing with the Crimean Tatar people – intimidating them with batons and trying to stifle them with huge sentences.”