POWs tortured for defending Ukraine in Donbas and for Russian propagandaDefender of Ukraine seized and tortured for Russian and Donbas militant propagandaPrisoner exchange leaves most Donbas hostages in captivity and makes journalists suspiciousDesperate plea to Zelensky from relatives of hostages once again forgottenRussian-controlled Donbas militants finally free severely disabled pensioner but not her invalid sonRussia is already holding many Ukrainian POWs without any declaration of warRussia kills Minsk Agreement, with lives of over 300 Ukrainian hostages and POWs in danger Silence abets Russia in torturing and risking the lives of Ukrainian hostages and POWs in occupied DonbasRussia extends terror and abductions from occupied Crimea and Donbas to all of Ukraine Ukraine accuses Russia of #Makiivka perfidy through simulated surrender Three life sentences and confirmation that Russia should be on trial for the shooting down of MH17 Russia seeks 18-year sentence in conveyor belt ‘trial’ of Crimean Tatar Crimean Solidarity activist UN demands Russia pays Ukraine reparations as probe into Kherson war crimes begins No end to Russia’s brutal reprisals against imprisoned 66-year-old historian of the Soviet Terror Former child hostage spends 7th birthday in Russian captivity for wanting to live in free Ukraine She found out she was pregnant the day Russia invadedUkraine’s penitentiary institutions and the warUK law firm launches legal action against Russia’s Wagner mercenaries over terrorism and war crimes in UkraineRussian invaders install terror methods of censorship in occupied Zaporizhzhia oblast‘There was a human being, and the body was torn apart in an instant’ — a Mariupol graduate who went through hell
• Topics / The right to liberty and security 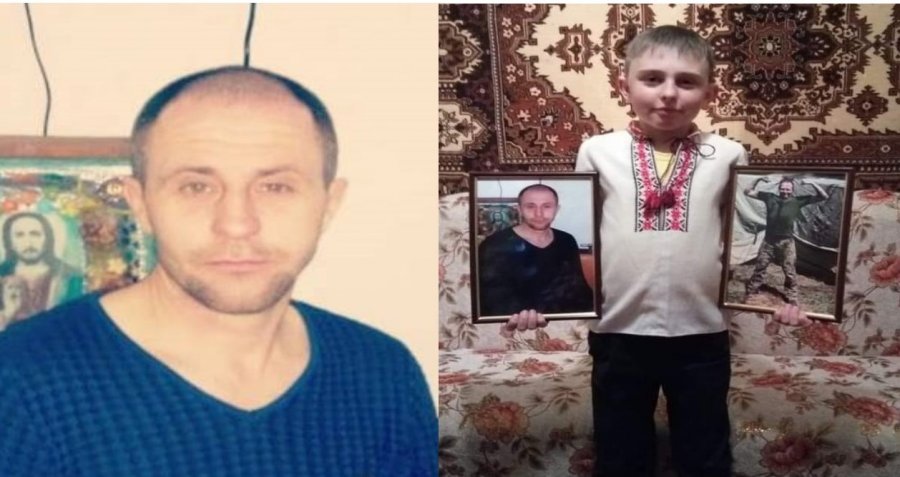 Although a solo father with a small son, Yury Hordiychuk saw no choice but to join Ukraine’s Armed Forces in 2015.  According to his sister, Yulia, he said, if I don’t defend our country, who will?  He was seized by militants from the Russian proxy ‘Donetsk people’s republic’ [DPR] in 2019, and ‘sentenced’ to 17 years, with the militants claiming that serving in the defence of his country was ‘terrorism’ and ‘calling for the overthrow of DPR’.

Hordiychuk was taken prisoner on 22 May 2019, together with six other soldiers from the 53rd Mechanized Brigade.  It is not clear when the eighth man, Roman Bespaly, was killed, however the militants first tried to hide his body, only handing it over towards the end of 2019.  While some of the men were released in stages, Hordiychuk, who recently turned 39, and Pavlo Korsun, who is slightly younger, remain in captivity with both men receiving the 17-year ‘sentences’ from ‘courts’ that no democratic country would recognize.  Yulia Hordiychuk says that the family learned from television that the group of soldiers had been taken prisoner after mistaking checkpoints and moving in the wrong direction.

Since the ‘trial’ on 30 October 2019, Hordiychuk has been held at the Makiyivka prison colony No. 32.  A large number of civilian hostages are held at this prison, which is of great concern given fears of an outbreak of Covid-19.  This cannot be fully verified since no tests are being carried out, nor any proper medical care provided.  The conditions in the prison are also appalling.

Hordiychuk and Korsun are, of course, on Ukraine’s list of POWs and hostages for any exchange of prisoners, however the DPR militants have yet to confirm their acceptance of his inclusion in the list.  There has, in any case, been no major exchange since December 2019, with Russia almost certainly deliberately blocking any breakthrough.

Nataliya Hordiychuk is looking after her grandson, Maxim, who is now 12.  She is one of around 30 mothers who, on 12 October, began ‘an indefinite protest’ outside the Office of the President on Bankova St. in Kyiv.  They hope to draw attention to the fact that, almost eight years after Russia began its military aggression against Ukraine, the Verkhovna Rada is still nowhere near passing an important bill on POWs.  While the Law on the Legal Status of People Missing Without Trace was adopted in 2018, the law envisages the creation of a Commission on issues involving the missing, as well as the relevant register, neither of which has been done.

The picket, which is expected to last 72 hours, was organized by Yadviha Lozynska who has been waiting for her only son, Andriy, to return home since August 2014. She notes that the mothers want a proper reaction to the fact that the bill on POWs was removed from consideration, as well as a clear answer as to when the commission on the missing, envisaged by the law, will be created.

Natalia Hordiychuk adds that they want a response from President Volodymyr Zelensky; the Head of the Office of the President Andriy Yermak or his Advisor Mykhailo Podolyak.

Although the most important thing is for her son, and all of the POWs to be freed, she and the others are also concerned that their sons receive the appropriate status as prisoners of war. For her and her grandson, she explains, this is particularly important.  Maxim is now twelve and a half and in 18 months, he will need to receive an internal passport.  His mother was stripped of her parental rights and now, without the relevant law on POWs giving her son formal status as a prisoner of war, Maxim falls into the category of children stripped of parental care. This is obviously not correct, yet Ukraine’s legislators are failing to adopt laws which would clarify matters.  In the meantime, “de facto, I am Maxim’s guardian,  de jure I’m nobody”.