2 years for setting a person alight, while Russia demands 20-year sentences against Crimean Tatars for discussing their faith 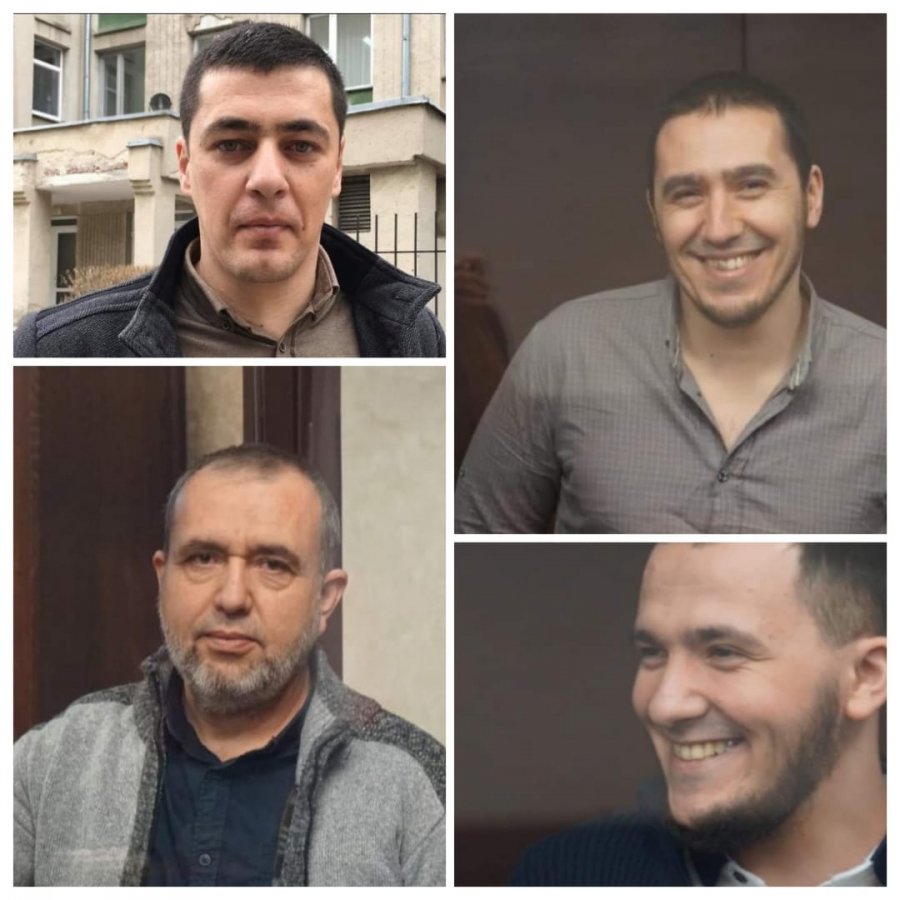 A ‘court’ in Russian-occupied Crimea has sentenced a man who tried to set his partner alight in a drunken row to two years’ imprisonment.  The following day, on 20 October, a Russian prosecutor demanded a 20-year sentence against Crimean Tatar historian Seitumer Seitumerov for discussing religious subjects in a mosque.  The prosecutor also asked for a 17-year sentence against Seitumer’s brother Osman Seitumerov, and 16 years in the case of their uncle Rustem Seitmemetov.  A fourth Crimean Tatar, Crimean Solidarity civic journalist Amet Suleimanov could face a sentence of 13 years, although he has a life-threatening heart condition, and would probably be dead within days.  The four Crimean Tatars are all charged under ‘serious’ articles of Russia’s criminal code, but with no recognizable crime, and the ‘evidence’ against them was from illicitly taped conversations about, for example, Judgement Day and ‘anonymous witnesses’ whose identity and reason for collaborating with the Russian FSB is, in fact, known.

The sentences demanded are the highest so far, especially since this ‘trial’ differs from the usual conveyor belt of repression that Russia has brought to occupied Crimea in what had seemed a crucial way. Russia has been laying flawed ‘terrorism’ charges against Crimean Muslims since 2015, however it was always the person (or persons) designated ‘organizer’ of an alleged Hizb ut-Tahrir group (under Article 205.5 § 1 of Russia’s criminal code) who faced massive sentences, without any crime, while those accused of ‘involvement’ in this purported group (under Article 205.5 § 2) received sentences of, at worst, 15 years.  The person in this case who is accused of being ‘the organizer’ is a journalist, also called Seitumer Seitumerov, who is safely in mainland Ukraine.  In his absence, Russia is proposing monstrous sentences against those accused under the usually less harsh article of Russia’s criminal code.

Unlike the very real attempt to set a woman alight, that resulted in a 2-year sentence, what is at play here are articles of Russia’s criminal code, not actual terrorism.  Hizb ut-Tahrir is a peaceful trans-Muslim party which is legal in Ukraine and most countries.  Its members are not known to have committed acts of terrorism anywhere in the world, and the Russian Supreme Court’s secretive ruling in 2003 to declare it ‘terrorism’ is believed to have been politically motivated, a ploy to enable Russia to send Uzbek refugees back to Uzbekistan where they faced religious persecution.

This is the first fundamental flaw in such prosecutions, with the second being that the Russian FSB require no real proof of membership of Hizb ut-Tahrir.  They instead use loyal ‘experts’ to claim ‘proof’ in conversations on religious or political subjects, and anonymous ‘witnesses’, whose testimony cannot be verified.  They also use their armed ‘searches’, which lawyers are prevented from being present at, to plant ‘prohibited literature’.

Russia’s enforcement officers are fairly notorious for planting narcotics; ammunition or even explosives, so it is a telling aspect of these profoundly warped prosecutions that they plant religious material.

No details were given in the report about the man who poured inflammable liquid over his partner while she was standing by a lit gas stove, but the short sentence makes it likely that the prison colony will be medium security.

Here Russian prosecutor Igor Nadolinsky has demanded the following sentences, all in the harshest of Russian prison colonies, with the first two or three years in a ‘prison’, the very worst of Russia’s penal system.

Seitumer Seitumerov  - 20 years, with the first 3 years in prison, and after his release a further 2 years of restricted freedom of movement;

Osman Seitumerov – 17 years, with the first 2.5 years in a prison, and, later, 1 year restricted freedom of movement;

Rustem Seitmemetov – 16 years, with the first 2.5 years in a prison, and, later, 1 year restricted freedom of movement;

Amet Suleimanov  - 13 years with the first 2.5 years in a prison, and, later, 1 year restricted freedom of movement.

Russia is using ‘Hizb ut-Tahrir’ prosecutions as a weapon against Crimean Tatar civic activists and journalists in occupied Crimea, and this case is no exception.  The Seitumerov brothers, Seitumer (b. 28.06.1988) and Osman (b. 4.06.1992) are the sons of a well-known Crimean Tatar historian, Shurki Seitumerov.  Both of the brothers had attended political trials, sent food parcels to political prisoners and helped their families.  Amet Suleimanov (b. 25.10.1984) is a Crimean Solidarity activist and journalist, who streamed information about arrests and political trials onto the Internet.  Although Suleimanov may well have been targeted for annoying the FSB by reporting their repression, he had been forced to curtail such activities due to life-threatening rheumatic heart disease, aortic insufficiency, coronary artery disease and other conditions.  He is one of only two men placed under house arrest because of his condition, although Nadolinsky has already once tried to get him remanded in custody, and is now demanding this horrific sentence.

The men were arrested, together with the Seitumerovs maternal uncle, Rustem Seitmemetov (b. 28.03.1973), during a third wave of arrests of Crimean Tatars from Bakhchysarai on 11 March 2020.

The charges against them are backed by highly questionable ‘testimony’ from individuals like Nikolai Artykbayev, a Ukrainian turncoat who, in 2014, betrayed his oath to serve Ukraine as an officer of the SBU [Ukrainian Security Service] and joined Russia’s FSB (details here) and by two ‘anonymous witnesses’ whose identity is known.  Both Konstantin Tumarevich and Nazrulayev Salakhutdin  have already been used to imprison at least eleven political prisoners.  Tumarevich is a fugitive from justice in his native Latvia, and Nazrullayev did not want to be forcibly returned to Uzbekistan, making their reason for collaborating with the FSB clear.  No proof has ever been provided that they face danger if they appear under their own names, but here, as in all cases, the judges allow anonymity and block questions that expose their lies.  There is also a so-called ‘psycholinguistic assessment’ from a certain Larisa Teslenko of two illicitly-made recordings of conversations in a Mosque. One is on a religious theme, regarding Judgement Day and people’s responsibility for their actions. The second touches on history, and specifically, the act of genocide against the Crimean Tatar people in 1944, i.e. the Deportation., and how nobody has been held to account.  The defence has repeatedly noted discrepancies between the transcript of the conversation and the conclusion reached, as well as manipulation of concepts and terms.  Despite this, the court rejected the application for Teslenko to be questioned.

The ‘trial’ is under presiding judge Igor Kostin (together with Roman Plisko and Yevgeny Zviagin) from the Southern District Military Court in Rostov, with the next, and probably last hearing before the verdict on 22 October.

All of the men are recognized by the renowned Memorial Human Rights Centre as political prisoners.  Their release has also been demanded in numerous resolutions from the European Parliament; OSCE and other international bodies.

PLEASE WRITE TO OSMAN AND SEITUMER SEITUMEROV AND TO RUSTEM SEITMEMETOV IN RUSSIA!   (Amet Suleimanov remains for now under house arrest in occupied Crimea.