Six-year sentence for reading the Bible in Russian-occupied Crimea 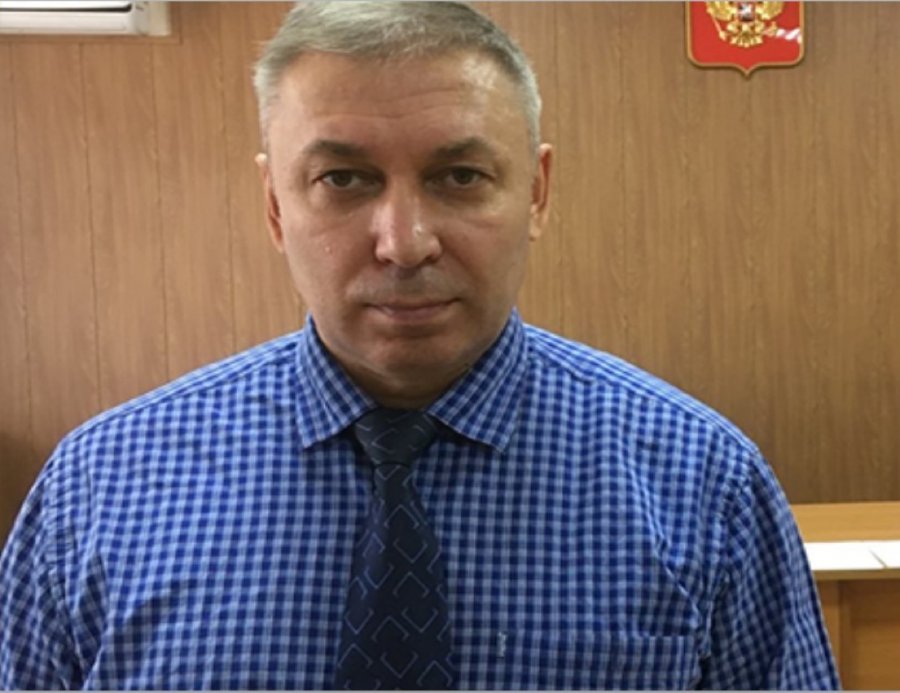 A Russian-controlled ‘court’ in occupied Crimea has sentenced 49-year-old Igor Schmidt to six years’ imprisonment for practising his faith as a Jehovah’s Witness.  This was labelled ‘organizing the activities of an extremist organization’ under Article 282.2 § 1 of Russia’s criminal code.  The verdict on 22 October is the fourth such ‘conviction’ for reading the Bible and worshipping together in occupied Crimea, with all of them having resulted in 6 or 6.5-year real prison terms.  This is a level of repression far worse than in Russia, where convictions are predetermined, but suspended sentences common. It is especially disturbing since there are currently twelve other believers facing virtually identical charges, and this figure is increasing all the time.

In his final address to the Gagarin District ‘court’ in Sevastopol on 22 October 2021, Schmidt pointed out that the investigators; the prosecution and expert assessments had all directed their efforts solely at proving that he is a Jehovah’s Witness.  This, he stressed, was not something he had ever denied, and he was, on the contrary, proud to be a believer.

This should have shamed all those implicated in such a ‘trial’, but clearly did not since prosecutor V.S. Yazev had demanded a 7-year sentence, and ‘judge’ Lyudmila Petrovna Tumaikina passed a sentence of six years.  In fact, it is the ease of such prosecutions that doubtless make them a favourite with ‘investigators’ like Sergei Aleksandrovich Bosiev.  Since the infamous ruling by Russia’s Supreme Court on 20 April 2017 which effectively outlawed this world faith as ‘an extremist organization’, enforcement officers can improve their statistics on ‘fighting extremism’ without any real effort.  If, before the Supreme Court ban, there were efforts to plant ‘prohibited literature’, now not even that is needed, since Russia is effectively targeting men and women for reading and discussing the Bible, worshipping together and sharing their faith with others.

Schmidt is one of four believers from Sevastopol who were arrested and remanded in custody after armed searches on 1 October 2020.  Yevhen Zhukov; Volodymyr Maladyka and Volodymyr Sakada are facing the same ‘organizing the activities of an extremist organization’ charge under Article 282.2 § 1, and are seemingly to go on ‘trial’ together.  Initially, Natalia Maladyka was detained together with her husband, however she was later released.  It is not immediately clear why Schmidt was tried separately.  In all cases the men were held in SIZO, or remand prison, for around six months and then placed under house arrest.  Although Schmidt’s sentence will be appealed, he was taken into custody again after the verdict on 22 October.

This was the second ‘operation’ against believers in occupied Sevastopol.  On 4 June 2019, armed searches were carried out in at least nine homes, although only one man was arrested, Viktor Stashevsky (b. 1966).  He was sentenced on 29 March 2021 to six and a half years’ imprisonment, with the ‘judge’ in his case, Pavel Kryllo from the Gagarin District Court having been involved in at least one other case of persecution on religious or political grounds.  The appeal against this appalling sentence was rejected, and Stashevsky recently began the gruelling journey to a medium-security prison colony in Russia.

It is difficult to know what to say about a prosecution and ‘trial’ initiated after FSB officer A.A. Dmitrienko established that Schmidt had taken part, together with other believers, in a religious service, with that claimed to be ‘organizing the activities of a prohibited religious organization’.  It was Sergei Bosiev, ‘senior Crimean FSB investigator on particularly important matters’, who formerly instigated charges on 24 September 2020.

During the court debate on 19 October 2021, Schmidt spoke about prosecution witness Sergei Korkushko who had already testified against Stashevsky.  Schmidt stated that Korkushko was not known, either to him or to other believers, as a person attending Christian worship, “however he is known as a provocateur whom the FSB use for the illegal and shameful persecution of Jehovah’s Witnesses in Sevastopol. His testimony is also word for word the same as that of FSB officer Dmitrienko which points to their falsification.”

Russia’s persecution of believers on occupied territory is in flagrant violation of international law.  Such persecution, however Russia may try to disguise it by claiming the Jehovah’s Witnesses to be an ‘extremist organization’, also runs counter to Russia’s own Constitution.

The sentence on 22 September was condemned by both Human Rights Watch and Amnesty International with the latter’s spokesperson, Natalia Prilutskaya stating that AI considers all persecuted Jehovah’s Witnesses to be prisoners of conscience.

Four men have now been sentenced to six or more years, with the first three sentences, against Serhiy Filatov; Artem Gerasimov and Viktor Stashevsky having come into force.

Serhiy Filatov (b. 1972) was arrested during a ‘mass operation’ against believers in Dzhankoy from 15-16 2018.  Filatov’s ‘trial’ took place in the Dzhankoy District Court under occupation, with the prosecution claiming that Filatov had “undermined the foundations of the constitutional order and the security of the state”, by being the leader of a religious organization.  On 5 March 2020, he was sentenced by ‘judge’ Maria Yermakova to six years’ imprisonment in a medium security prison colony.  That sentence against the 47-year-old father of four was then upheld by ‘judge’ Edward Belousov of the Crimean High Court on 26 May 2020.   Beloysov is one of eight ‘judges’ and enforcement officers recently placed on the EU’s sanctions list.

On 26 May 2020, the very same day that Filatov’s 6-year sentence was upheld, armed FSB, Rosgvardia and masked OMON [riot police] officers burst into four homes in occupied Kerch on 26 May 2020, with Artem Shabliy, father of two small children, arrested. According to the Jehovah’s Witnesses in Russia website, at least seven believers were interrogated, some of them elderly.  Five people were taken to the FSB offices for questioning, although four were later released.  The criminal proceedings are known to have been initiated by ‘investigator’ Valery Zarubin with Shabliy accused of having “drawn others into the activities of an extremist organization” by discussing the Bible with them.  Shabliy’s ‘trial’ began at the Kerch City Court, under ‘judge’ Yevhenia Romanenkova on 24 May 2021.

Taras Kuzio (b. 1978) was first mentioned as facing charges after armed searches on 20 March 2019, however at that stage it was only Artem Gerasimov who ended up ‘on trial’.  On 4 March 2021, ‘investigator’ V.A. Novikov initiated criminal proceedings against Kuzio under Article 282.3 § 1.  In an ominous new development, he is accused of ‘financing an extremist organization’.  13 armed searches were carried out on 11 March 2021, having been ‘authorized’ by Kievsky District Court ‘judge’ Viktor Krapko.  Four believers were interrogated, with Kuzio detained.  It seems that the following day, Krapko did at least reject Novikov’s application for Kuzio, who has two young children, to be remanded in custody and placed him under house arrest.

On 29 July, Petro Zhiltsov (b. 1987) was also detained.  He had earlier been interrogated as a ‘witness’ in the case against Kuzio, however Novikov initiated identical charges (under Article 282.2 § 1), accusing Zhiltsov of both financing and of organizing the so-called ‘activities of an extremist organization’.  He too faces a sentence of up to 10 years for practising his faith.

On 6 August, it became clear that charges were also likely against Serhiy Lyulin and Tadevos Manukian. Lyulin was seized by FSB officers while in Russia, thrown into the boot of a minivan and driven, in handcuffs and bound with scotch tape, for 16 hours to occupied Simferopol.  He was shortly afterwards remanded in custody.  There is no information at present about Manukian, however he and Lyulin are also under the more serious Article 282.2 § 1.

On 2 August, charges were initiated of ‘organizing the activities of an extremist organization’ (under Article 282.2 § 1) against two men: Oleksandr Lytvyniuk (b. 1960) and Oleksandr Dubovenko (b. 1973).  The charges, which carry a sentence of up to 10 years’ imprisonment, are over a Zoom conference which Vitaly Vlasov, ‘the investigator’ implicated in the falsified charges and torture against Crimean Tatar leader Nariman Dzhelyal and Ukrainian journalist Vladislav Yesypenko, claims was to “attract new members of a banned organization’.

Judging by the statistics on repressive sentences in occupied Crimea, all those who have yet to be ‘convicted’ could face sentences of up to 10 years.