Lawyer detained in Russian-occupied Crimea and ordered to strip naked 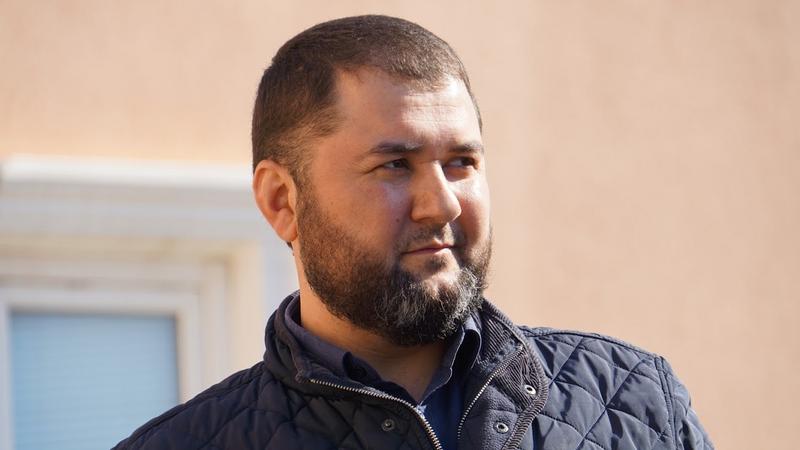 Edem Semedlyaev, one of the lawyers tirelessly defending political prisoners and other victims of repression in occupied Crimea, was detained on 25 October and remains in custody on frighteningly lawless charges.  These were brought against him while he was representing Crimean Tatars, including two Crimean Solidarity journalists, who had been unwarrantedly detained, and after he expressed legitimate protest at the violation of one of the detainee’s rights. 22 men, including a lawyer who had sped to their assistance, have now been detained, without any grounds, and are spending the night in police cells in different parts of occupied Crimea.

This was the second time that the occupation enforcement bodies carried out mass detentions of relatives and other Crimean Tatars who had arrived at the Crimean Garrison Court for a scheduled appeal hearing against the monstrous sentences passed on three Crimean Tatar political prisoners - Rustem Emiruseinov, Arsen Abkhairov and Eskender Abdulganiev.  On both occasions, this time because Abdulganiev had a high temperature, the hearing was adjourned (until 1 November), but only after it began. Those who arrived wanted either to attend what should have been a fully open hearing, or, at least, await the outcome outside the court.  Those outside were all wearing masks, and trying to maintain social distancing, with any risk to public health caused by the OMON and other enforcement officers who began seizing the men and forcing them into a police van.

Those detained included one of the coordinators of the civic initiative Crimean Solidarity, Dilyaver Memetov and the two journalists, Zidan Adzhiyediamov and Ruslan Paralamov, who stated clearly that they were present in their professional capacity.  21 men were taken to the central police station in Simferopol.

The enforcement officers initially tried to prevent lawyers from entering the police station, but did eventually allow Semedlyaev, who had arrived from the appeal hearing, and others in.

Lawyer Aider Azamatov explained late on Monday evening how the administrative prosecutions against Semedlyaev had come about, and the role played in them by Ruslan Renatovich Shambazov, a turncoat who betrayed his oath to Ukraine and who is now head of the occupation regime’s so-called Centre for countering terrorism.  It was he who detained Semedlyaev.  The latter was in an office, providing legal assistance to one of the two journalists, Zidan Adzhiyediamov, when another detainee was brought in who asked the lawyer to help him as well.  Semedlyaev promised to do so after he had finished with Adzhiyediamov, however at that point the officers said that they would not wait, but would draw up the man’s administrative protocol without a lawyer being present.

Semedlyaev pointed out that this is illegal and, when they continued, he informed them that he intended to video their infringement.  They told him that videoing is not permitted, and he therefore said that he would make an audio recording of what they were doing.  Azamatov points out that such an audio recording is legal, however Shambazov decided to claim that the lawyer was ‘disobeying the legitimate order of an enforcement officer’ and bring the relevant charges under Article 19.3 of Russia’s Code of administrative offences.

Shambazov’s lawless violations of the law continued after Azamatov arrived, now in order to represent his detained lawyer colleague. These included the quite untrue claim that the lawyers had refused to sign the protocol.

The worst was, however, before Azamatov’s arrival, when Shambazov demanded that Semedlyaev strip naked, purportedly in order to see whether he had some kind of ‘extremist tattoos’ or similar.  Semedlyaev stated that he would not do so, both because it is against his Muslim faith, and because he was there in his capacity as a lawyer, and had been detained while he was providing legal assistance.  He did agree to empty out his pockets and to allow a visual inspection.

Shambazov chose to view this as ‘disobeying the legitimate demands of an officer’, with this a second administrative prosecution under Article 19.3.

Edem Semedlyaev was scheduled to be in Rostov-on-Don (Russia) for one of the many political trials against Crimean Tatars.  He has now himself become one of the victims of the lawlessness Russia has brought to Crimea.

This is not the first such attack on lawyers defending political prisoners in occupied Crimea, however the grotesque charges used to imprison Emil Kurbedinov were officially over a pre-annexation social media post, not his professional activities.  Both Kurbedinov and Lilya Hemedzhi have also faced absurd disciplinary measures that aimed at getting their licences removed.

All such offensives against Crimean lawyers have been condemned by international bodies, although always only in verbal statements.  Here a lawyer who was representing the victims of illegal detention was himself detained after trying to record flagrant infringements of criminal procedure.  This is a very dangerous precedent.