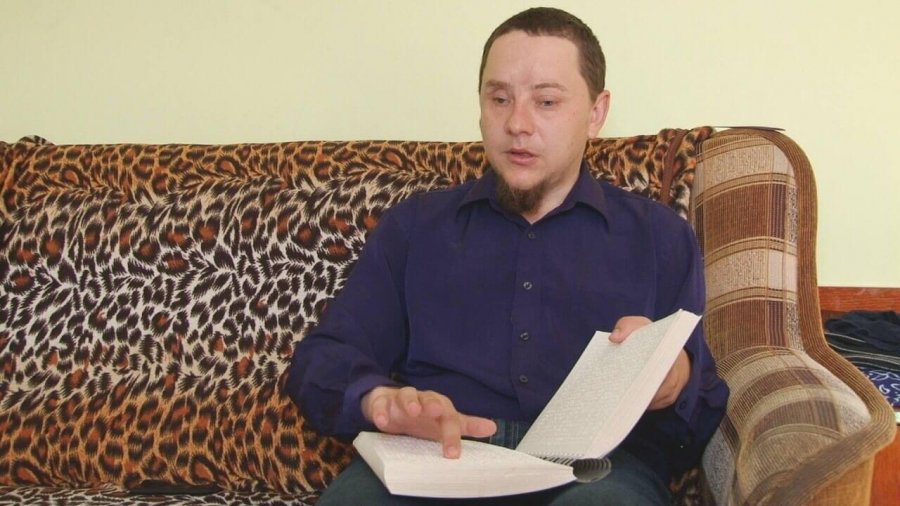 Russia’s Military Court of Appeal in Vlasikha has overturned a ruling which would have allowed Crimean political prisoner Oleksandr Sizikov to find out what exactly he is accused of.  The decision to translate the indictment and other material into Braille would, however, have highlighted the absurdity of this case in which the ‘evidence’ for the charges against Sizikov includes prohibited literature’ planted by the FSB which Sizikov could not possibly read.

The ruling on 2 November 2021 overturned a decision on 24 August 2021 by the Southern District Military Court in Rostov to send the material back to the prosecutor for it to be translated into Braille.  The court then had agreed with the defence that it was a violation of Sizikov’s rights if he could not read the charges and ‘evidence’ in the case.

This seems self-evident, yet occupation Crimean ‘prosecutor’s office’ and the Rostov regional prosecutor both lodged appeals against the ruling.  That fact alone prompted Sizikov’s lawyer Safiye Shabanova to say that the 2 November ruling was predictable.  The prosecutors’ offices had argued that Sizikov could be helped by his lawyer and by a representative from the Simferopol department of labour and social protection.  Shabanova insists that this is a flagrant violation of Sizikov’s right to defence.  He has the right to read the material himself,  and Russia’s criminal procedure code does not envisage such a role for the above-mentioned department (whose representatives are usually enlisted for underage children).  The court of appeal claimed that a translation into Braille was not needed, though Sizikov could, supposedly, do this himself if he wanted to.  The court ordered that the case be sent back for ‘trial’ to the same Southern District Military Court, but under a different panel of judges.  The defence will be lodging a cassation appeal, and say that they will go through all stages, including the European Court of Human Rights, if necessary.

The refusal to allow Sizikov to directly read what it is that he is charged with is particularly shocking given the fact that the article of Russia’s criminal code being used carries a sentence of up to 20 years’ imprisonment.

Seven men were arrested  on 7 July 2020, including Oleksandr Sizikov and the two Crimean Tatars he is to go on ‘trial’ with: Seiran Khairedinov and Alim Sufianov.  All such ‘operations’ in occupied Crimea are of a conveyor belt nature, both in the indictment and in the methods used for obtaining ‘evidence’.

One such method is planting ‘prohibited literature during the armed ‘searches’ which are carried out without lawyers being admitted, and with the FSB illegally bringing ‘official witnesses’ with them.   The families of Khairedinov and Sufianov stated from the outset that the men who burst into their homes had planted ‘prohibited books’, and it has transpired that they did so in Sizikov’s case as well.  Since he is totally blind, he would not only have been unable to read such books, but would have had no way of knowing what they were. 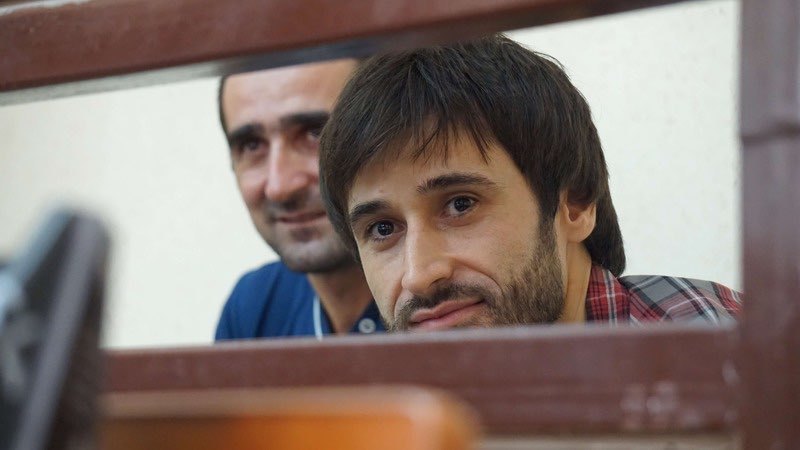 The men are accused of ‘involvement’ in Hizb ut-Tahrir, a peaceful transnational Muslim organization which is legal in Ukraine and which is not known to have committed acts of terrorism or violence anywhere in the world.  The secrecy around the 14 February 2003 Supreme Court ruling that declared Hizb ut-Tahrir ‘terrorist’ probably confirms the suspicion that the ruling was aimed at facilitating illegal deportation of refugees back to Uzbekistan, where they faced religious persecution. Russia has been using such arrests and ‘convictions’ on charges of terrorism against Crimean Tatars and other Ukrainian Muslims since 2015, and is increasingly applying such measures against men who protest against political persecution and try to ensure that the world learns what is happening.  Both Sizikov and Sufianov had actively visited political trials and Sizikov, despite his disability, had held several single-person pickets in support of political prisoner Edem Smailov.

The prosecution material that a Russian court has asserted that Sizikov does not need to read himself claims that the blind and otherwise disabled man was organizer’ of a supposed ‘Hizb ut-Tahrir group’,  This is the more serious of the charges, falling under Article 205.5 § 1 of Russia’s criminal code and carrying a sentence of up to life imprisonment.  Sufianov and Khairedinov – are accused of having been ‘involved’ in the alleged group, with the charge under Article 205.5 § 2 carrying sentences from 10 to 20 years.  All three men are also charged, under Article 278, with ‘planning to violently seize power’.  While this charge may seem especially insane in the case of a blind and disabled man, it has become a standard part of the FSB’s arsenal and is essentially always surreal.  In a recent case, the prosecution ‘justified’ the charge by claiming that the men had been planning a state coup via ‘“the total Islamization of the population”.

Here the prosecution asserts that Oleksandr Sizikov; Seiran Khairedinov and Alim Sufianov were members of Hizb ut-Tahrir and tried to sow division in society “through militant Islamic propaganda”.  Sizikov is supposed to have been the organizer of a group which purportedly “carried out covert anti-constitutional activities through exerting influence on people’s religious feelings; organized and carried out meetings of the group, so-called ‘khalakaty’; looked for new participants and circulated the ideas”.

There is no suggestion here of terrorist activities, yet the charges, purely because of a secret ruling that the Supreme Court provided no justification, are of ‘terrorism’ and the likely sentences huge.  For these reasons, as well as the fact that Russia is in violation of the Fourth Geneva Convention in applying its own legislation on illegally occupied territory, it is a matter of time before the three men are declared Memorial Human Rights Centre political prisoners.  Russia’s use of ‘terrorism’ charges, particularly against men taking an active civic position, has been condemned by Human Rights Watch, Freedom House and Civil Rights Defenders,and other international NGOs, and the release of all men imprisoned on such flawed charges has been repeatedly demanded by, for example, the US State Department, the EU and in numerous UN, European Parliament. Council of Europe and other resolutions.

Sufianov and Khairedinov, both young fathers, have been in detention since 7 July 2020.  Sizikov, who has difficulty walking by himself, and cannot see at all, was placed under house arrest, however the Russian penal service did attempt, on 27 July 2021, to get him remanded in custody.