Donbas hostages tortured for a Russian propaganda program against Ukraine 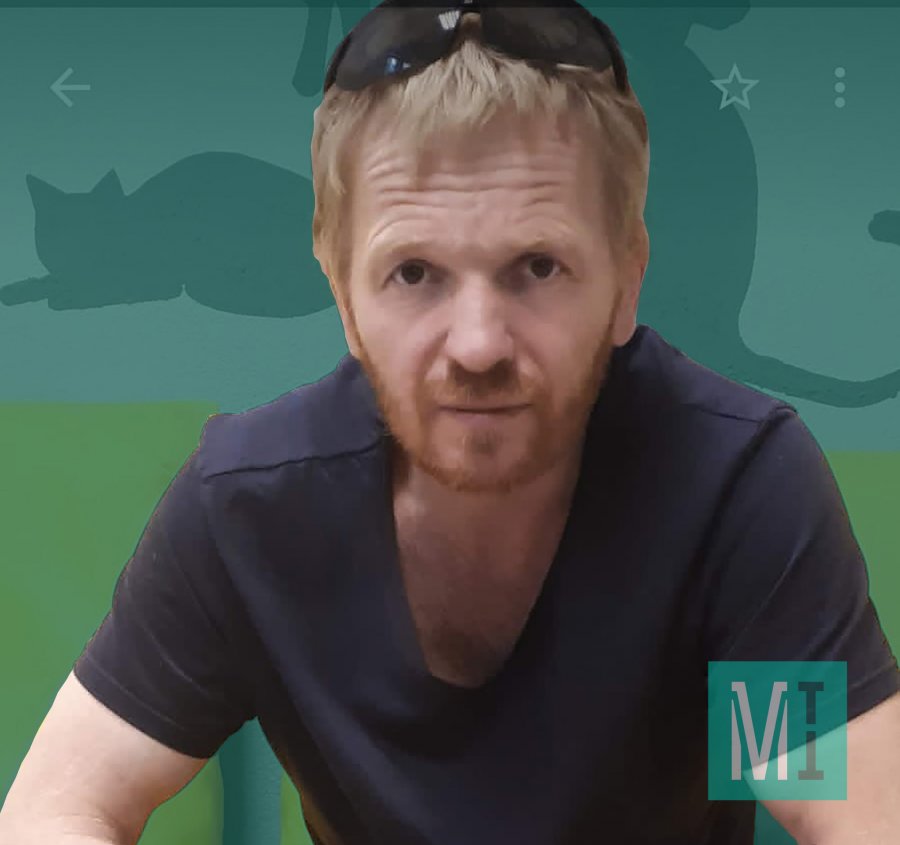 Viktor Shydlovsky has been imprisoned in the self-styled and Russian-controlled ‘Donetsk people’s republic’ since 2019, although any real information has only recently become available.  The militants are holding the 48-year-old Ukrainian in solitary confinement while denying that he is in their custody. They were, however, more than happy for him to be used for an anti-Ukrainian program on Russian state television.

At the beginning of November 2021, the Media Initiative for Human Rights reported that Shydlovsky is currently imprisoned in a Donetsk SIZO [remand prison] basement, although he was earlier held at the notorious Izolyatsia secret prison where hostages are savagely tortured.

The human rights activists report, citing their own source of information, that Shydlovsky is imprisoned in a solitary cell and is not taken out for the meagre daily ‘walk’ in a courtyard, where he would at least have contact with other hostages.  Former hostages confirm that the conditions in such solitary cells are appalling – damp and cold, with mould and walking leaking down the walls; virtually no sunlight and the concrete floor terribly cold to stand on in winter. It is of particular concern that the militants are denying that Shydlovsky is imprisoned and therefore refuse to accept parcels for him, containing vital foodstuffs, medication and clothing.  Fellow inmates from Izolyatsia say that he was beaten at this prison, had his teeth filed and was subjected to electric current torture (where wires are attached to fingertips, earlobes, or, most excruciatingly, to genitals). 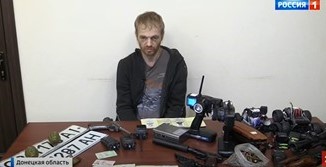 MIHR have managed to contact Shydlovsky’s wife, Valentina and report that Viktor earlier worked as a driver at a firm in Kyiv.  He was mobilized in March 2015 and served for a year in Ukraine’s Armed Forces. Valentina explains that he left home in March 2019 and vanished.  “I knew that my husband had business (to deal with) and for a while could not contact him.  However one day I dreamed that Viktor was lying on a bench in a room, saying that he was very tired”.  It was at that time that her husband was seized by militants from the ‘DPR’ armed formations, possibly with two other Ukrainians.  The militants – and the Russian state-controlled ‘Rossiya 24’ TV channel – claim that the three were a group of ‘saboteurs’ who were planning to kill one of the ‘DPR’ leaders, Vasily Yevdokimov (nom de guerre ‘Lenin’.). The latter individual is in charge of the so-called ‘Centre for special operations’ and is believed to have played a major role in the creation of what former hostages call the Izolyatsia concentration camp.

Some details were known about one of the other two men whom the militants are claiming were part of a saboteur group, since his mother, Olena Zaitseva, was also seized, with this many months before Shydlovsky.

Vladislav Zaitsev was just 19 when, on 26 February, ‘DPR’ militants came for him, claiming that he had been planning to blow up a railway bridge.  Olena Zaitseva was, at that time, working at a warehouse at the railway station in occupied Yasynuvata. She was seized on the same day as her son, with information about this known via a former hostage who was temporarily with her at Izolyatsia.  After being brought into the cell, Olena told the other hostages there that her son had been detained and that, trying to save him, she had run after them and had herself got into the militants’ car. She was told that she would be released after 30 days, but that her son faced 20 years’ imprisonment.  She was, however, held (and undoubtedly tortured) at Izolyatsia for two months before being moved to SIZO No. 5 in Donetsk.  She was probably transferred because of several attacks of heavy bleeding.  The militants are notorious for savage torture but will normally avoid actions that will kill a hostage if the latter’s whereabouts are likely to be known.  Zaitseva is one of several women whose medical issues give particular grounds for concern (details here).

‘Information’ of sorts was provided in a program introduced by Russian President Vladimir Putin’s ‘spin doctor’, Dmitry Kiselyov. The program was entitled ‘’One-off’ SBU [Ukrainian Security Service] saboteurs shop their fixers’ and shows four men, identified as Vladislav Zaitsev; Serhiy Beshta (‘Baron’); Serhiy Gruzinov and Viktor Shydlovsky who are totally under the control of the militants ‘confessing’ to working for the SBU.  All such propaganda videos follow very similar story lines, with Russia and the militants it controls intent on claiming that people are working for the SBU or Ukrainian military while rejecting any ideological grounds for this. The hostages are virtually always claimed to have been forced to spy or carry out sabotage for the SBU after being caught and accused of some insignificant offence.

The presenter claims that 19-year-old Zaitsev was seized while trying to carry out an act of sabotage on a railway bridge, although this contradicts the information from Olena Zaitseva which is, after all, corroborated by her ongoing imprisonment.  Serhiy Beshta (‘Baron’) is claimed to have been seized in a garage while hiding explosives and weapons.

While it is asserted that Zaitsev and Beshta were both essentially blackmailed into ‘helping the SBU’, Gruzinov is claimed to be “a more serious player”, an SBU agent, known as SVD [esvede].  He is supposed to have been seized at the flat where he was living in Donetsk and to have broken, and shopped his accomplices and fixers, with two of these ‘accomplices’, one a woman, tricked into coming to Donetsk.  They were all supposed to be involved in planning to kill Yevdokimov (‘Lenin’).

Shydlovsky is the last of the hostages to be shown.  He is heard only asserting that he knows the identity of the person who ordered the killing of Aleksandr Zakharchenko.  The latter was designated ‘DPR leader’ in August 2014, after Moscow hurriedly removed the Russians in charge, following the downing of MH17 with a Russian BUK missile.  Shydlovsky mentions the name ‘Shved’.  It is the militants and / or Russian TV journalists who claim to have identified this person as a (named) SBU officer.

The program is constructed around the claim that the hostages were all pawns, used by the SBU, and that this was a major defeat for the latter, since the men all shopped their ‘fixers’.  In fact, it is Russia and its propaganda media that are treating Viktor Shydlovsky and the other men as pawns who were almost certainly tortured into repeating whatever was demanded of them.