Trying to liquidate the Memorial, Russian authoritarian regime digs its own grave 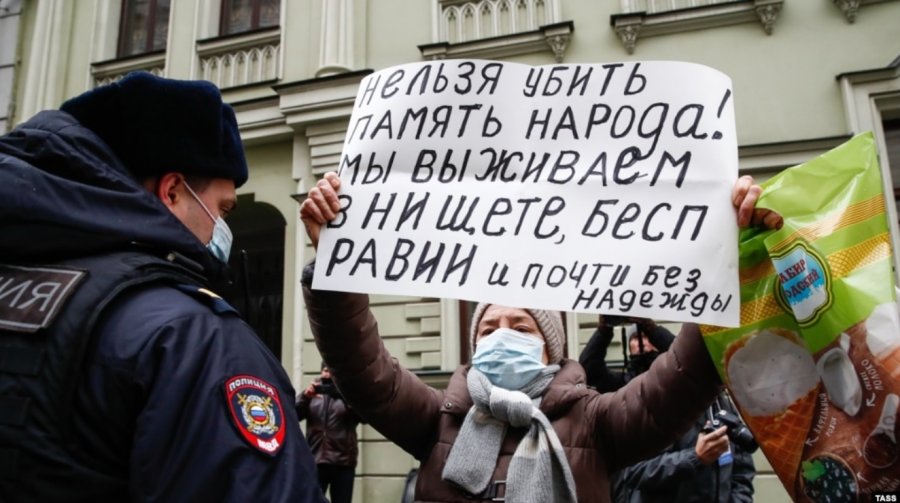 A single protest in Moscow. On 26 November the Supreme Court of Russia considered the request of the Prosecutor General's Office of Russia to dissolve the international civil organization “The Memorial Society”

The Prosecutor General's Office filed a lawsuit with the Supreme Court of the Russian Federation to liquidate the Memorial International Society and the Memorial Human Rights Center (HRC) for “systematic dissemination of information without reference to the entry in the register of the foreign agents”, and for HRC additionally for “supporting terrorists and extremists”.

That so-called “support”, obviously in the opinion of the Russian authorities, consists of the fact that the HRC Memorial maintains a list of persons imprisoned by the Russian state for political reasons.

That being so, Memorial always expresses that maintaining such list does not mean that the organization shares the beliefs and ideas of those persons.

On 25 November the Supreme Court of Russia began considering the claim of the Russian Prosecutor General's Office to liquidate the international historical and educational society “Memorial”.

But it is impossible to liquidate the Memorial!

The same as it is impossible to forbid a person to think, to remember, as it is impossible to “capture an immortal soul” (as Pierre Bezukhov said in the novel by Russian classic Leo Tolstoy “War and Peace”). Because the Memorial – is first of all the people of the entire world who share the common values, and only then the formal branches and legal entities.

Let me remind you that the “International Memorial” includes:

Since 1987 the Memorial has been researching the history of political repression of the Soviet totalitarian regime, providing charitable assistance to victims of this repression in the USSR and other countries in the region, and defending human rights. 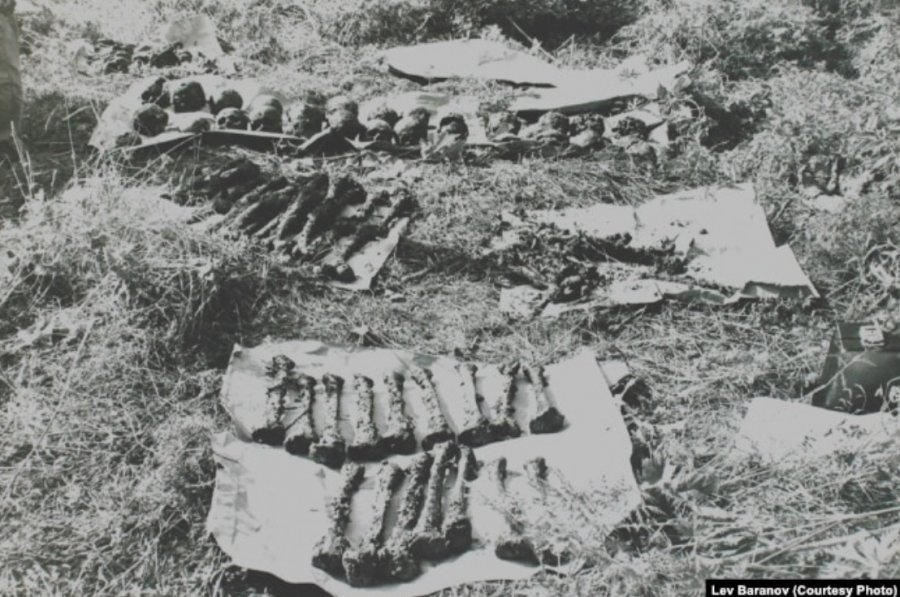 Exhumed remains of victims of repression (31 people) from a test pit 1 meter x 1 meter. From the archives of the Memorial. Photo by Lev Baranov. July 30, 1992

We owe it to Memorial that we know the burial places of millions of Ukrainians, innocent victims of Soviet political terror, in particular, the Sandormokh tract, where NKVD executioners shot Lesya Kurbas, Mykola Zerov, Anton Krushelnytsky and his two sons Ostap and Bohdan, Mykola Kulysh and more than thousand other Ukrainians who have created or could create invaluable spiritual treasures.

For more than 30 years of its activity, Memorial has gathered a lot of information about Soviet state terror, the Gulag and repressions against Soviet dissidents.

We remember well that the way of relatives of repressed Ukrainians to the Mordovian and Permian camps and back passed through Moscow apartments of human rights activists, who, in fact, were among founders of the “Memorial” later, that at the inaugural meeting of the “Memorial” in 1989, 40% of delegates were from Ukraine.

“Memorial will not perish!”

I would also like to recall that the forerunner of Memorial was the self-published Memory almanac in the second half of the 1970s, created by the same people who founded Memorial 10 years later. A group of young people in St. Petersburg, Moscow and Kharkiv began collecting documents, memoirs, photographs, letters, preparing them for publication and launching them for samizdat. 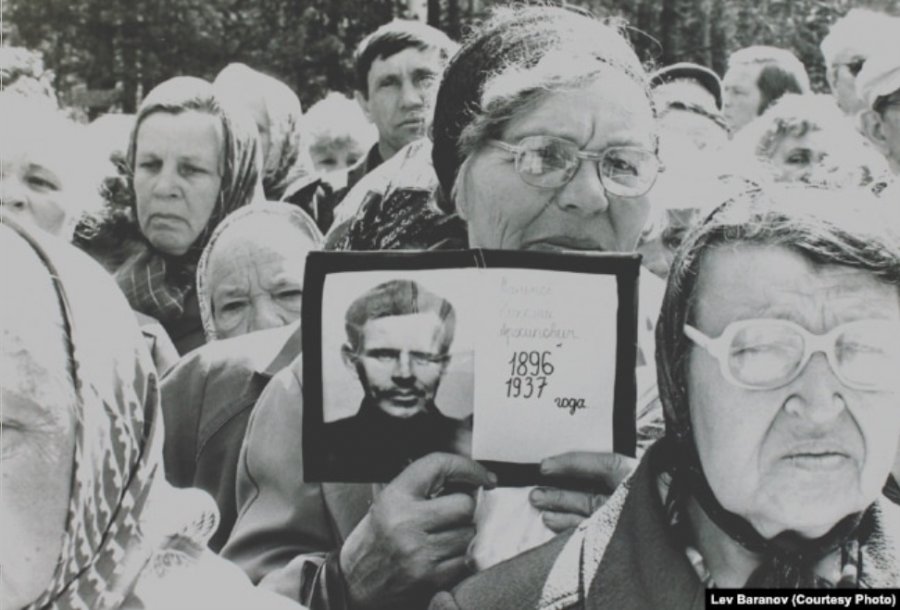 Relatives of the repressed and buried at the 12th kilometer of the Moscow tract in Ekaterinburg. From the archives of the Memorial. Photo by Lev Baranov. July 30, 1992

The original motive is that the historical sources are destroyed, and the history of the 20th century will simply be impossible to restore, for no reason. After all, history is what is written, not what happened. The official doctrine is false, it turns everything upside down.

That is why it is necessary to collect the evidence of that time, the corresponding artefacts.

That group included my friends Alexander Daniel, Alexey Korotayev, and I also joined this interesting activity. Then I met Arseniy Roginsky and Sergey Dedyulin.

In the samizdat, the first issue of the “Memory” almanac was huge – 1500 pages of typescript. A total of six such almanacs were prepared. They were transferred abroad and at some point it was decided to print them there, and members of the editorial board wrote their names on the cover.

Most of the people who took part in it did it secretly.

In 1981, Arseniy was given 4 years in prison camps on falsified criminal charges, and Sergey was forced into exile. But it was Roginsky who was the permanent head of Memorial from the very beginning until his untimely death in December 2017.

“Memorial will not perish!” – he wrote me one of the first publications of the Memorial in the early 90s. It has not and it will not!

In addition to constantly reminding of the need to comprehensively study and condemn the repression of the past, the Memorial organized:

Thanks to the work of the HRC Memorial, we know the names of political prisoners in modern Russia, violations of basic human rights in Russian prisons, the Caucasus and other regions, as well as other important topics.

Perhaps all this was the reason why the Russian state decided to liquidate the Memorial at the hands of the Prosecutor General's Office.

However, by doing so, Russia does not eliminate the so-called “foreign agents” – on the contrary, it destroys the freedom of scientific research, closes its mouths and drives underground or expels people who want to help their country understand and realize the tragedies of the Soviet past, preserve historical memory. to establish relations with other countries and to preserve freedom in Russia. Trying to silence “Memorial”, the Russian authoritarian regime thus digs its own grave.

And the Memorial, even liquidated by the Russian authorities, will continue to exist and outlive its persecutors.

For the original article in Ukrainian, see the website of the Ukrainian edition of Radio Liberty here.