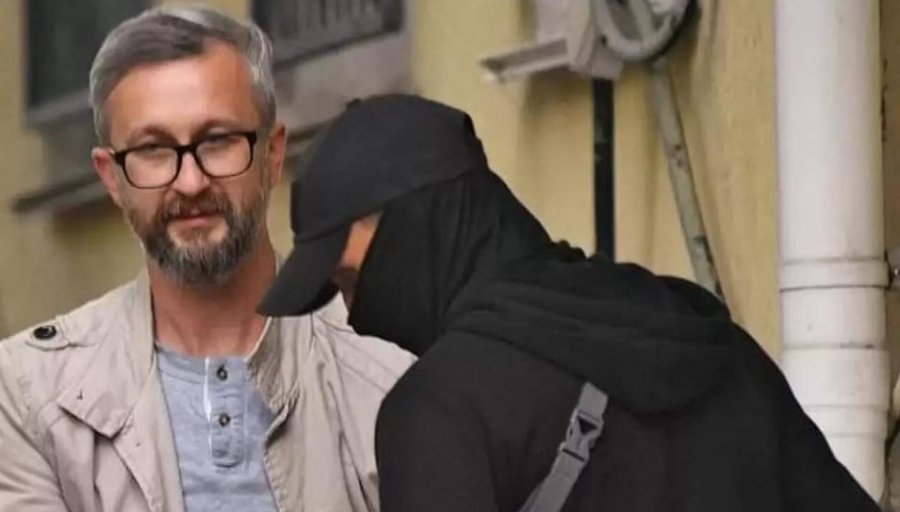 The order to arrest Nariman Dzhelyal and two other Crimean Tatars doubtless came ‘from above’, but that does not absolve those FSB officers; ‘investigators’, and others implicated in torturing the men and fabricating charges against them of direct culpability.  Ukrainian legislators may shortly take the first step to ensuring that the perpetrators face both Ukrainian and, hopefully, western sanctions.  Russia is currently holding well over 100 Ukrainian political prisoners, of whom the majority are Crimean Tatars, so this move can only be the beginning.  It is, however, appropriate to begin with Dzhelyal and not only because he is a high-ranking member of the Mejlis, or self-governing body of the Crimean Tatar people.  Dzhelyal was arrested just ten days after he took part, together with high-ranking representatives of 45 countries, in the inauguration meeting of the Crimea Platform.  Russia’s hysteria over this vital initiative included threats of ‘consequences’ against Dzhelyal and other participants.  These ‘consequences’ proved to be arrest, ill-treatment and imprisonment on preposterous ‘terrorism’ charges.

Sanctions are needed swiftly because of the flagrance of this revenge persecution and the manner in which two cousins Asan Akhtemov and Aziz Akhtemov were essentially abducted in the night, held incommunicado and tortured into ‘confessing’ to the FSB’s deranged ‘plot’. These ‘confessions’ were retracted as soon as they gained access to independent lawyers (after European Court of Human Rights intervention).  The events around these arrests / abductions also marked a huge escalation in Russia’s use of mass detentions of Crimean Tatars as a form of terrorization.

The three men are all imprisoned in the appalling conditions of the Simferopol SIZO [remand prison], with Russia isolating Dzhelyal and preventing him from even receiving mail.  He is imprisoned with Serhiy Lyulin, one of the Ukrainian Jehovah’s Witnesses whom Russia is persecuting.  Dzhelyal’s lawyers, Nikolai Polozov and Emine Avamileva have complained for some time that the men are held in a cell without any heating.  The complaints prompted a visit by a ‘prosecutor’ and members of the public monitoring commission on Tuesday and the switching on of the heating. This was, as Polozov notes, in true Potemkin village style with the heating going off again the next day.  The situation has even become worse since Dzhelyal and Lyulin have been moved to the neighbouring cell where the pipes leaked during this one day of heating, so that the cell is now cold and damp.  Worth noting that the public monitoring commission finally brought Lyulin a Bible which he had been pleading for, presumably since he was violently detained and imprisoned in August this year.

Polozov had managed to speak with Dzhelyal before an appeal hearing against the last extension of his detention on 3 December.  There is no justification for Dzhelyal’s imprisonment and he was even in Kyiv, taking part in the Crimea Platform meeting at the time of the alleged damage to a gas pipe which Russia has tried to turn into an act of sabotage.  None of this has any impact on the so-called ‘judges’ who take part in political court hearings.  In this case, ‘judge’ Konstantin Nikolaevich Karavayev from the Russian-controlled ‘High Court’, took just five minutes in the consulting chamber before returning and rejecting the appeal, leaving Dzhelyal imprisoned until at least 23 January 2022.

The resolution calls on Ukraine’s legislators to adopt and pass to the National Council for Security and Defence [NCSD] proposals for imposing the sanctions suggested in the appendix to the bill for a period of from three to five years. NCSD would, in turn, be asked to decide on economic and other sanctions.  Once the Council’s decision has come into force, Ukraine’s Foreign Ministry can turn to countries of the EU, the USA, etc. asking them to join in imposing such sanctions.

Some of the individuals in occupied Crimea implicated in political persecution are themselves Ukrainian citizens who betrayed their oath to Ukraine.  In such cases, Ukraine’s Crimean prosecutor will have initiated criminal proceedings, but these can only be carried through if the person enters mainland Ukraine, or travels to another country.  The same is to some extent true of sanctions, unless, of course, the individuals possess assets in mainland Ukraine or in other countries. Even if there are no such financial assets to target, it will already be important if people involved in persecution understand that such collaboration with a criminal regime will close all borders to them, and that they can forget about any foreign travel.

At present the authors of the resolution have proposed sanctions over rights abuses against four individuals, all of whom are implicated in multiple cases of persecution.  They are: Leonid Vladimirovich Mikhailiuk, head of Russia’s  FSB in occupied Crimea and Sevastopol since 2018 and of the regional Anti-Terrorism Committee; senior FSB ‘investigator’ Vitaly Olegovich Vlasov; ‘High Court judge’ Vladimir Vladimirovich Agin and Crimean ‘prosecutor’ Sergei Nikolaevich Zaitsev.  All four men are from Russia.

Vitaly Olegovich Vlasov is 32 and from the Amur oblast in Russia.  He appears to have children of his own, however this has not prevented him from very actively fabricating criminal proceedings against other young fathers so that they are imprisoned far from their families.  His activities have included the use of torture, including electric shocks, to extract false testimony from journalist Vladislav Yesypenko and (at least) the two cousins Asan and Aziz Akhtemov; terrorism’ charges against Crimean Tatars for conversations about Islam and persecution in Russia and ‘extremism’ charges against Jehovah’s Witnesses for discussing the Bible in a Zoom conference. 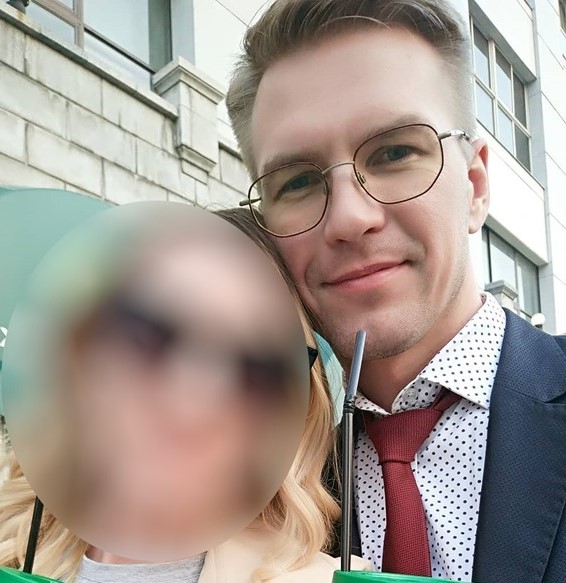 Details here: From Russia with torture : Vitaly Vlasov and other FSB perpetrators in occupied Crimea

The Centre for Journalist Investigations reports that Leonid Mikhailiuk is believed to be linked with the hired killings of Russian businessmen, and notes that witnesses and journalists who exposed such crimes have also ended up dead.  He is responsible for all high-profile fabricated cases in occupied Crimea since he took over in November 2018. 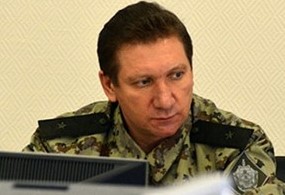 Mikhailiuk has, in fact, been under US sanctions since 15 April 2021 and under Ukrainian and EU sanctions since October 2021.  There are, nonetheless, grounds for sanctions over human rights violations.  As Olha Skripnik, head of the Crimean Human Rights Group explained to the Centre for Journalist Investigations, it was Mikhailiuk who initiated a new approach to the persecution of Crimean Tatars on so-called ‘Hizb ut-Tahrir’ charges, and brought in mass arrests, of up to 20 people.  She says that he treats this like a military operation.

With respect to Mikhailiuk, the Centre notes that there are inaccuracies about his date of birth, with the Ukrainian list giving 8.07.1963 and the US list saying 01.01.1970.  It is therefore important to track these individuals, and endeavour to retain any photos since, as the Centre points out, the FSB are good at generating fake passports and other ID. 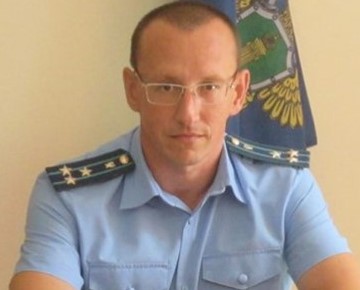 It is vital we ensure that all such individuals are remembered and that they know that they will answer for their crimes.