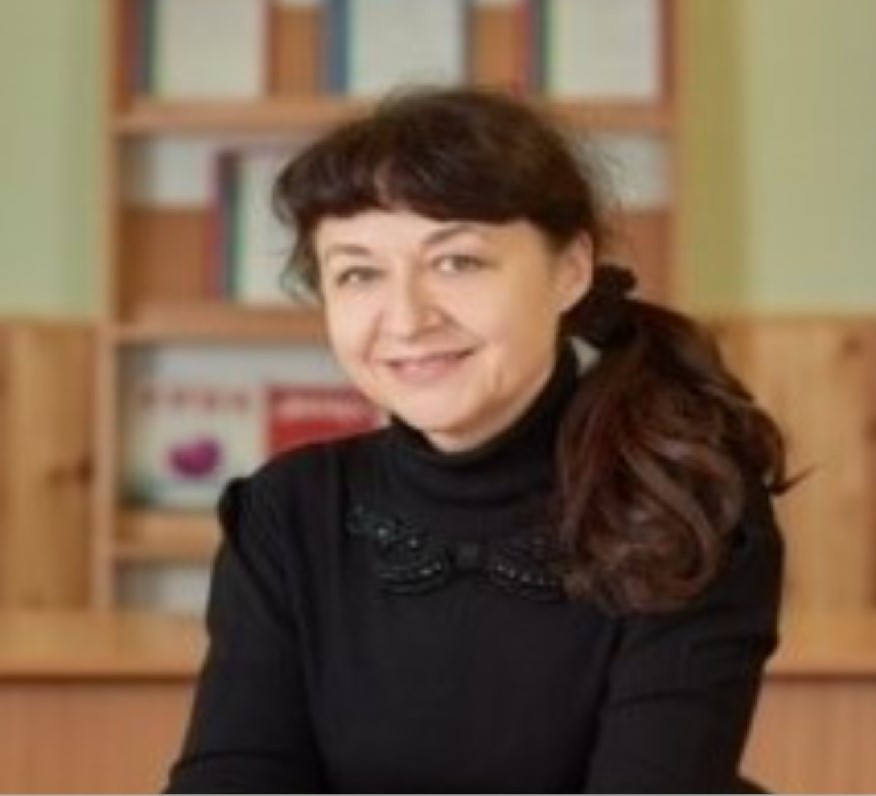 Natalya Shylo in school Photo provided by her daughter

Natalya Shylo’s openly pro-Ukrainian position made it dangerous for her to return to occupied Donbas, but she saw no choice when her elderly mother underwent an operation and needed her support.  Natalya never reached her mother in Horlivka.  Militants from the self-proclaimed and Russian-controlled ‘Donetsk people’s republic’ [DPR[ seized her in July this year, and have been imprisoning her ever since.  They claim, as they always do, that the maths and physics teacher was ‘spying’ for Ukraine.

Radio Svoboda’s Darya Kurennaya has spoken with Natalya’s daughter Iryna Shylo who provides the scant details currently known. She and her mother were forced to leave Horlivka (near Donetsk) at the beginning of the military conflict.  They initially both moved to Kharkiv, however Natalya later found work in Kyiv.  She had never concealed her pro-Ukrainian views and in fact openly expressed them on her Facebook page, but had earlier managed to travel to occupied Donbas without being targeted.  The last time, however, had been in December 2019.  Iryna notes that she had once encountered problems when trying to cross into Donbas, with the militants taking her passport and telephone.  She now bitterly regrets that neither she, nor her mother, learned their lesson.  They did know of the danger, she adds, but somehow never expected that “just for having your own opinion”, you can end up imprisoned.

In the summer of 2021, Natalya’s mother fell ill, and there seemed no option but to travel to Horlivka.  This needed to be via Russia, as the checkpoints from government-controlled to occupied Donbas are closed.  She set off on 5 July, and phoned her daughter as the coach was approaching the border, saying that she would ring again when she reached Donetsk.  Iryna clearly panicked when all contact was lost, and finally learned from the director of the transport company that her mother had been forced off the coach by DPR militants.

Natalya’s mother reported that her daughter was missing, but almost immediately received a call from the so-called ‘DPR ministry of state security’ saying that Natalya was suspected of ‘spying’.  Iryna took down the phone number from which this individual had called and rang him back.  She was told not to worry, that all would be well and that they would get back to her within 30 days.  This was not true, and after 30 days, she was told that her mother is now formally accused (of ‘spying’, under article 321 of the so-called ‘DPR criminal code’) and that she was being placed in a SIZO, or remand prison.

Iryna has managed to find a lawyer in ‘DPR’, with that the only contact with her mother. She is realistic about the chances (or lack of them) of an ‘acquittal’, and has turned to Ukraine’s SBU [Security Service] and human rights organizations for help.

The main hope is that Natalya Shylo will be freed as part of an exchange of prisoners.  The problem is that Russia has been blocking any such exchanges for a very long time.  The last major release was in December 2019, with a somewhat questionable and very small exchange in April 2020.

Natalya Shylo is the second woman that we know was seized by DPR militants while trying to enter occupied Donbas by coach, and the number may well be higher.

Oksana Parshyna is a young mother who was in her third month of pregnancy when she was forced off the coach to Donetsk on 14 May 2021.  She had been forced to return in order to transfer her ownership deeds to her flat, or face it simply being taken from her by the militants.  She too is accused of ‘spying’.

In the so-called ‘Donetsk and Luhansk people’s republics’, expressing pro-Ukrainian views can indeed get you seized, thrown into a cellar – or into the notorious Izolyatsia secret prison, tortured and then ‘sentenced’ to huge terms of imprisonment.  Marina Yurchak, an environmental chemist, was 40 when seized by ‘DPR militants in November 2017 and thrown into Izolyatsia for almost a year. Although the 15-year sentence received on 26 March 2020 was, as usual, for supposed ‘spying, it seems Yurchak was also accused of ‘insulting’ top militants, whose vehicles she refers to as ‘orc-mobiles’ (more details here).

See also: Ukrainians tortured and imprisoned in Donbas for supporting Ukraine, with Russia blocking their release