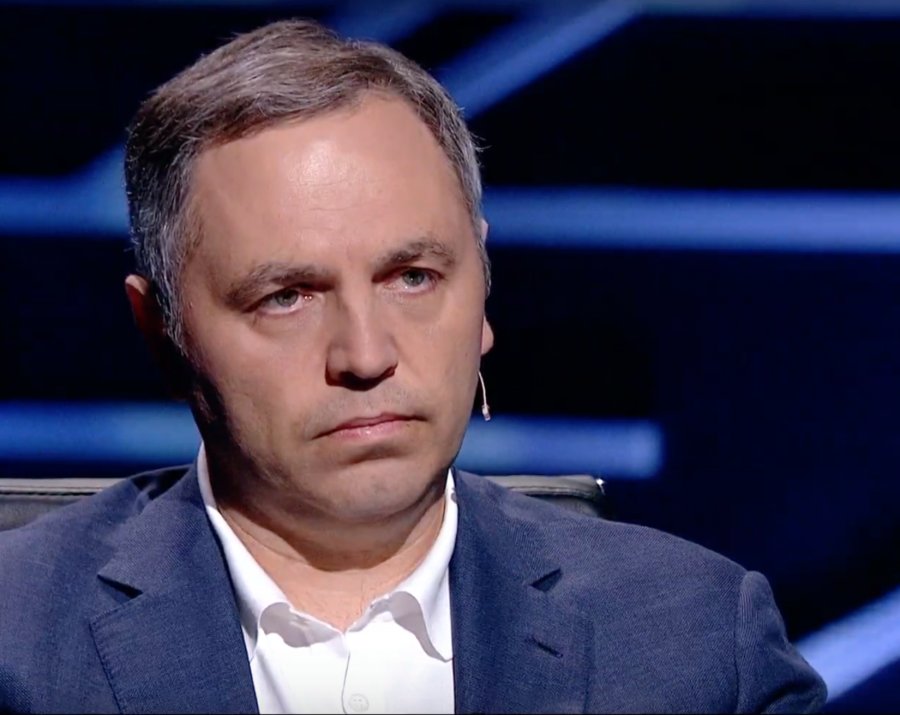 The US Treasury’s Office of Foreign Assets Control (OFAC) has imposed sanctions on Andriy Portnov. the controversial Ukrainian politician and former Deputy Head of the Presidential Administration under President Viktor Yanukovych,  Portnov was previously under international sanctions imposed in 2014 over his believed role in the Yanukovych administration’s attempts to crush Euromaidan.  This time, however, the sanctions pertain specifically to Portnov’s activities since his return to Ukraine on the eve of Volodymyr Zelensky’s inauguration as President in 2019.   The OFAC notification states that Portnov “has cultivated extensive connections to Ukraine’s judicial and law enforcement apparatus through bribery. Widely known as a court fixer, Portnov was credibly accused of using his influence to buy access and decisions in Ukraine’s courts and undermining reform efforts. As of 2019, Portnov took steps to control the Ukrainian judiciary, influence associated legislation, sought to place loyal officials in senior judiciary positions, and purchase court decisions. In mid-2019, Portnov colluded with a high ranking Ukrainian government official to shape the country’s higher legal institutions to their advantage and influence Ukraine’s Constitutional Court. Additionally, Portnov has been involved in an attempt to influence the Ukrainian Prosecutor General.”   OFAC has also imposed sanctions on the Andriy Portnov Fund, “for being owned or controlled by Portnov”.

Larysa Holnyk, a Poltava judge best known for exposing judicial corruption, commented on the sanctions against Portnov by noting that “for Ukraine’s law-enforcement bodies, he remains untouchable.  I hope that the actions of the US government will put an end to this.”

It has certainly appeared, since Portnov’s return in May 2019, that he enjoys an eery degree of influence over developments in the country.  He lodged the first of very many allegations against former President Petro Poroshenko with Ukraine’s State Bureau of Investigations [SBI] immediately after his return, with this accusing Poroshenko of ‘state treason’ and claiming that he had essentially ‘provoked’ Russia’s attack on three naval boats in November 2018 and seizure of 24 seamen, who were imprisoned in Russia for almost a year.  The ‘provocation’ claim parroted the Kremlin’s own narrative, and seemed quite ludicrous, yet months later, the SBI proved to be questioning the finally released POWs and, therefore, effectively assisting the Kremlin.  A lot of the other allegations against former President Poroshenko seemed no less absurd.

Portnov cannot, of course, be blamed for the fact that such allegations did turn into actual charges.  It is widely believed that former Prosecutor General Ruslan Riaboshapka was dismissed in March 2020, and replaced by the current Prosecutor General, Iryna Venediktova, at least in part because of his refusal to sign an indictment against Poroshenko.  In an interview after his dismissal, Riaboshapka reiterated his criticism of the charges, but suggested that Venediktova would sign the document that she had, in all likelihood co-authored while Acting Director of the State Bureau of Investigations.  In April 2020, Portnov stated publicly that he and his lawyers had begun documenting what he claimed were illegal actions by Venediktova while she was still Acting Director of SBI.

In early October 2019, Larysa Holnyk reported an extremely worrying visit and attempt to enlist her in a politically-motivated criminal investigation against Poroshenko.  The allegations pointed to coordination not only between SBI Director Ruslan Truba and Portnov, but also involving Andriy Bohdan, a long-time friend of both Portnov and President Zelensky, who was then (illegally) the Head of Zelensky’s Presidential Administration.

In April 2020, SBI Acting Director Oleksand Sokolov spoke of the “painful issue” for him as a law enforcement officer of how Portnov learns so much about what is happening within the State Bureau of Investigations. He mentioned many people having “received incentives” from various “groups of influence”, adding that he did not know whether the ‘incentive’ was financial or not.

Portnov’s name has also appeared in connection with the shocking revelations of judicial corruption within the District Administrative Court in Kyiv (OACK), based on intercepted calls between the President of OACK Pavlo Vovk and other judges first in July 2019, then almost exactly a year later.  In July 2019, Slidstvo.info published a study which found that Vovk, the heads of Zelensky’s Presidential Administration and Portnov had influenced the removal of the head of the Council of Judges of Ukraine, Oleh Tkachuk.

Portnov has also been accused of an active role in attempts, seen since late 2019, to discredit Euromaidan, or the Revolution of Dignity, and to try to present victims of attacks during Maidan as perpetrators (details here).

On 9 December 2021, the US Treasury also announced sanctions against “Oleksandr Tupytskyi, the former Chairman of the Constitutional Court of Ukraine, for significant corrupt acts to include the acceptance of a monetary bribe while serving in the Ukrainian judiciary.  Tupytskyi’s spouse, Olga Tupytska, was also designated as part of this action.”  (details about just some of the concerns regarding Tupytskyj here).