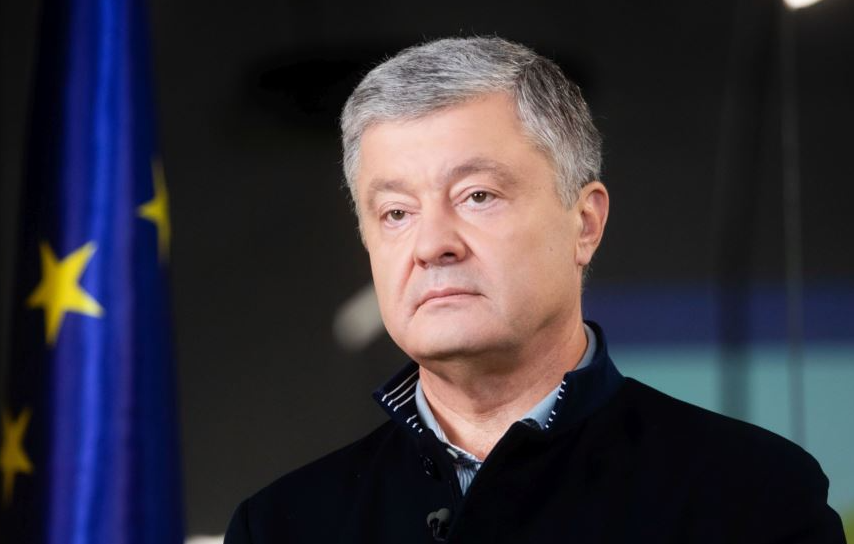 In the latest of a very large number of criminal investigations initiated since 2019, former President Petro Poroshenko he is under investigation for ‘treason’.  He is accused over Ukraine’s purchase of coal from parts of Donbas seized by Russian / pro-Russian militants in the summer and autumn of 2014.  It appears that the charges against Poroshenko are linked with those brought against Viktor Medvedchuk, a controversial pro-Russian Ukrainian politician and current MP, and also a friend of Russian President Vladimir Putin.  Earlier reports about Medvedchuk, the sanctions against him and his wife, and then criminal charges, all seemed to involve alleged collaboration for personal benefit.  He was suspected of involvement in sales of coal from occupied Donbas to Russia and of treason and attempted theft of state property in occupied Crimea.  The charges laid in October against Medvedchuk and, now, against Poroshenko seem very removed from this, with no clear personal gain, and very many questions unanswered.  The criminal indictment against Medvedchuk in May 2021 over alleged treason and attempted theft of property by Prosecutor General Iryna Venediktova.  She is now on leave, and the indictment against Poroshenko was signed by her deputy, Oleksiy Symonenko.

On 17 December 2021, the State Bureau of Investigations [SBI] , together with a video, its unsuccessful attempt to hand Poroshenko a summons for interrogation.  The report stated that SBI investigators, together with investigators from the Security Service [SBU] and under the procedural leadership of the Prosecutor General’s Office, were carrying out a criminal investigation into “a criminal scheme for delivering coal” from the so-called ‘Luhansk and Donetsk people’s republics’ [L-DPR] “by a group of Ukrainian citizens.”   The charges envisaged are extremely serious: financing terrorism (Article 258-5 § 1 and 3 of Ukraine’s Criminal Code); state treason (Article 111 § 1); creation of a terrorist organization (Article 258-3 § 1).

It was added that from September to November 2021, one current MP and the former Minister of Energy had been informed that they were under suspicion.

It is undoubtedly difficult to conceal criminal charges with respect to a former Ukrainian President, but it does still stand out that by 20 December, SBI had two reports on its main page with clearly naming Poroshenko in the title, and identifying him as the fifth President of Ukraine and MP.  do not mention any name.

On 20 December, Poroshenko was informed he was under suspicion of state treason and supporting the activities of terrorist organizations (i.e. ‘L-DPR’).  This mentions the above-mentioned “criminal scheme” and adds that the amount of money involved was around 1.5 billion UAH.

“The fifth President of Ukraine is suspected of having, in prior conspiracy with a group of people, including representatives of the leadership of the Russian Federation, fostered the activities of the terrorist organizations ‘LPR’ and ‘DPR’. “

Poroshenko, “the MP” and former Minister of Energy, are suspected of having bought coal, using state funding, from L-DPR.  The investigators claim that this “made Ukraine’s energy sphere dependent on the Russian Federation and terrorist organizations”.  This, it is further asserted, undermined Ukraine’s economic security in 2014-2015, depriving Ukraine of the opportunity of diversifying sources of energy and giving Russia “broad options for further interference in Ukraine’s internal affairs”.  The same Articles of Ukraine’s Criminal Code are cited, however this time Article 258-3 § 1 is identified as being “fostering” a terrorist organization, rather than its “creation”.

Poroshenko is outside the country at present and, indeed, one of his lawyers, Ilya Novikov told that he believes the SBI deliberately staged the videoed attempt to pass Poroshenko the summons when he was getting ready for his flight.  The aim, he asserts, was to give the public the impression that the former President is avoiding being questioned and has something to hide.  Novikov also points to Venediktova’s “sudden” leave and suggests that she is afraid of the consequences of such moves.

has probed the charges and explains that Poroshenko is accused of having sanctioned the delivery of coal from ‘L-DPR’ in 2014, and of having, in this way, allegedly “fostered Russia’s disruptive activities”.  The investigators claim that “the scheme” was set up by Viktor Medvedchuk, who is currently facing various criminal charges, including over the same alleged ‘scheme’.

What was this ‘scheme’?

In 2014, the majority of mines in Ukraine came within the territory of the Russian proxy ‘L-DPR’.  Graty reports that, with winter approaching and with the risk that Russia would cut energy supplies for political purposes, the government decided to buy coal from South Africa, with the first consignment of this coal arriving in October 2014.  However, at a meeting of Ukraine’s National Defence and Security Council in November, Poroshenko expressed doubts about the price of the South African coal, and criticized its quality.  Then the prosecutor’s office got involved, saying that the coal did not burn and initiating a criminal investigation. South Africa ceased providing coal, and then Russia refused to sell coal unless Ukraine bought it from ‘L-DPR’. Ukraine agreed to do this in December 2014 and signed agreements with four mines on occupied Donbas territory. For the purposes of these contracts, the said mines re-registered in Kyiv and opened bank accounts there.

Medvedchuk was already under house arrest, on serious charges, including state treason, so the fact that this new charge, regarding the 2014 coal supplies against him and businessman Serhiy Kuziara was probably only noticed by those very closely following the case.

As the alleged proof of the charges against Medvedchuk, the SBU published intercepted telephone calls between Medvedchuk and the Russian leadership where he reported on the details of the deliveries. Worth noting that during the relevant period in 2014,  Medvedchuk was the leading representative for Ukraine in the Trilateral Contact Group (with Russia and the OSCE over the conflict in Donbas).

On 15 November, SBI similar accusations to those against Medvedchuk’ Kuziara; and, now, Poroshenko with respect to former Minister of Energy Volodymyr Demchyshyn.

It remains to be seen whether there really is proof that Medvedchuk (and Kuziara) deliberately sabotaged the supplies of South African coal for Russia and the militants’ benefit, and then, that the former Minister of Energy and President were in on this.  Nor do the questions end there, since the motives for agreeing to accept Donbas coal, the pressure Ukraine’s government could have been under to do so, with winter approaching and coal needed, are not necessarily clear.

Worth recalling that Ukraine, under Poroshenko’s predecessor, Viktor Yanukovych came under huge international criticism over the arrest, dodgy ‘trial’ and imprisonment of Yanukovych’s main rival, the former Prime Minister Yulia Tymoshenko.  The charges in her case were over a gas agreement with Russia at a time when the latter had used gas as a weapon both against Ukraine and against Europe.

It is a very serious step to accuse a former President of treason and of collaborating with the aggressor state and for the moment it is quite unclear whether there are serious grounds for this.  Concerns are compounded by the fact that these new charges are the latest in very many to have been extremely publicly announced against Poroshenko.