Russia to pay large compensation for torturing 16-year-old Ukrainian to deathMoscow prohibits picket in support of Oleg Sentsov for 84th day of his hunger strikeUkrainian who went to Russia to get medicine for his child jailed on ‘spying’ chargesRussian jailed for defence of Sentsov, Balukh and other political prisoners during World CupWhere is Russia’s ‘Minsk Implementation’ while so many Ukrainians remained imprisoned?Russian Savchenko Trial Farce Ends. Bring on the SanctionsA brief description of KHPG strategic litigations for 2015Russian court refuses to reveal testimony from Nadiya Savchenko’s militant captorA brief description of KHPG strategic litigations for the first 6 months of 2015Yet another charge concocted against Nadiya SavchenkoNadiya Savchenko will not end her hunger strike nor let them break her spiritRising concern over Nadiya Savchenko’s health and calls for her release“They torture POWs here” Moscow voices in defence of Nadiya SavchenkoNadiya Savchenko’s treatment amounts to torture, lawyers sayRussian investigators want Savchenko trial behind closed doorsNadiya Savchenko to face forced Serbsky Institute ’psychiatric examination’Nadiya Savchenko: Yanukovych fell, so will Putin
• Topics / Penal institutions 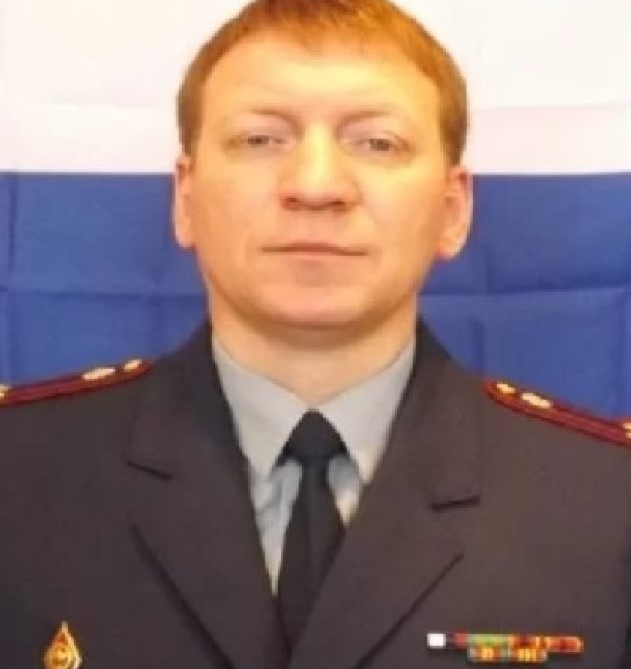 Vasily Voloshin from the #FindVoloshin Committee Against Torture site

Journalists have tracked down the former head of a Russian prison colony notorious for brutal, and even fatal, torture of prisoners.  Vasily Stepanovich Voloshin is living in Kyiv and seeking Ukrainian citizenship which will prevent any extradition to Russia.  His swift release from detention is baffling given the number of times that Ukraine’s authorities have turned real refugees down or even illegally deported people facing persecution in Russia, including Timur Tumgoev who had risked his life fighting for Ukraine.

Voloshin’s whereabouts were first reported in April 2021 by Zaborona, together with shocking details about the torture people were subjected to in IK-14, the prison colony in the Nizhny Novgorod oblast under his direct command.  They described, for example, the death from torture of MIraz Dzhavoyan in the winter of 2014.  He was brought to the medical unit of the prison after collapsing while being savagely beaten by so-called ‘activists’ (convicted prisoners collaborating with the prison administration).  On Voloshin’s instructions, Dzhavoyan’s torturers tried to get him to drink sweetened coffee to get him conscious enough to force him to claim that he had received his injuries because he “fell”.  The efforts were to no avail, and Dzhavoyan died. Other prisoners say that he had been beaten almost every day.

It was specifically Voloshin who is believed to have created a system whereby the prison guards themselves ‘didn’t get their hands dirty’, with the torture carried out by these so-called ‘activists’.  Sergei Shunin is a lawyer from the Committee Against Torture, an important Russian NGO.  He stresses that these ‘activists’ do not normally torture prisoners of their own initiative, but on instructions from above.  Both injuries from torture and killings are all claimed to have been the result of ‘accidents’, with incriminating X-rays, etc., replaced by those of men who have not been tortured, or evidence of torture photoshopped out of images.  This was the case after the death of Alexander Kalyakin.  When the latter’s father received his son’s body, he saw all of the injuries and contacted the Committee Against Torture.

Between 2011 and 2015, the Committee received 184 complaints from prisoners or their relatives, with the allegations being of torture; sexual violence; extortion and psychological pressure.  Although the allegations concerned ‘activists’, the latter had worked on the orders and with the full knowledge of Voloshin, or even with his direct involvement.

The Penal Service were perfectly happy with IK-14 under Voloshin’s command and either ignored the numerous reports from the Committee Against Torture or carried out ‘checks’, with prisoners forced to retract their complaints.

The Committee Against Torture have even created a website #НайтиВолошина [#FiindVoloshin] in which they offer 300 thousand roubles (just over 3,600 euro) for help in tracking the ex-Head of IK-14 down.   The site provides testimony from former prisoners, with the Committee stating that they began to receive accounts of torture in 2007.  After a check at the prison in July 2015, Voloshin was removed, however the criminal charges brought against him on 16 July 2015 were over relatively minor economic crimes, not torture.  He was placed on the national and international wanted lists, over such economic crimes, in October 2015.

In September 2015, the Committee began a public probe into the deaths of three prisoners in 2014.  In all three cases the prison authorities had claimed that the men died of natural causes or as the result of an ‘accident’.

Voloshin was himself born in Ukraine (not far from Khmelnytsky) where at least his mother still lives, however he moved to Russia in 1988, and must have taken on Russian citizenship after the collapse of the Soviet Union.

According to Shunin, Voloshin fled abroad after the criminal charges were laid.  He initially moved and brought his family to the so-called Turkish Republic of Northern Cyprus which Russia does not recognize and with whom it therefore has no extradition treaty.  He lived quite affluently, and the Committee believes that some of his income was from property that had belonged to the prison, but which Voloshin had registered in his name via a dodgy real estate agency.

Voloshin decided to move to Ukraine, and was detained in March 2020 through the combined efforts of Interpol, the Northern Cyprus and Ukrainian authorities.  He clearly came with a lot of money and was held in the controversial ‘VIP cells’ of the Lukyanivska SIZO [remand prison] in Kyiv (he can be seen at the beginning of the video here, looking very comfortable and saying that they don’t want to talk with journalists).

Voloshin’s lawyers tried to claim that the former prison head had been ‘persecuted for political motives’ because he had, purportedly, refused to obtain Russian citizenship after Russia began its aggression against Ukraine in 2014.  This was, of course, nonsense, as he had held his post in the prison as a Russian citizen and had had his Russian passport confiscated when he was detained.  Shunin told Zaborona that it was possible that Voloshin returned to Ukraine in order to renounce his Russian citizenship, receive Ukrainian in order to fall under the ban in Ukraine’s Constitution on extraditing Ukrainian citizens.

Voloshin undoubtedly had levers that others detained, pending decisions on extradition requests, do not, since he was soon afterwards placed under house arrest and then, in August 2020, released.  He is able to travel around the country and, according to his mother, is working, although she did not explain where.

The problem, as lawyer Oleksiy Skorbach, explained to Zaborona, is that the charges against Voloshin are not over torture, but pertain to fairly minor economic crimes.  He believes it possible that the case against him has been terminated by the prosecutor in Ukraine and that Voloshin could already have obtained Ukrainian citizenship.

The Committee Against Torture have sent information to Ukraine’s Prosecutor General, explaining that Voloshin did not merely commit the economic crimes which Russia accuses him of, but also grave crimes linked with torture.  They hope that Voloshin will not receive Ukrainian citizenship and will be extradited to Russia.

On 22 December 2021, Current Time journalists Timofei Rozhansky and Iryna Romaliyska reported that they had managed to track down Voloshin, although the latter very clearly did not wish to speak with them.  He had been at closed court hearing at the Pechersky District Court in Kyiv, seemingly on his claim that he does not have Russian citizenship.  Voloshin’s lawyers had produced a document, apparently from a regional department of Russia’s migration service which asserts that Voloshin is not a Russian citizen “since in 1992, when he exchanged his Soviet passport for a Russian one, he was issued a document with an infringement.”.  The document would appear to be from the same migration service office that issued the passport in 2016, but is now claiming that he is not a Russian citizen.  How the defence came to be in possession of such a document is unclear, but the assertion that Voloshin is effectively a citizen of Ukraine and cannot be extradited to Russia is not correct.  Voloshin never had Ukrainian citizenship, and it is very much to be hoped that the Ukrainian authorities will carefully study the considerable evidence amassed by the Committee Against Torture before reaching a decision on his application for citizenship.