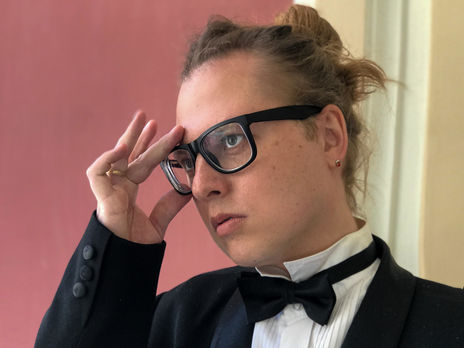 Yevhen Lavrenchuk A photo he gave for the Gordon.ua interview

Yevhen (or Eugene) Lavrenchuk, a Ukrainian theatre director who left Russia almost eight years ago was detained in Italy last month at Moscow’s request and is now awaiting a decision from the Italian authorities regarding his possible extradition to Russia.  While the details of Russia’s charges of ‘fraud on a large scale’ are unknown, it is certainly strange that an arrest warrant should have only been issued in Russia in July 2020.  This was over seven years after Lavrenchuk left Russia in protest over its invasion of Crimea and aggression against Ukraine.

Lavrenchuk is now the Chief Director of the Odesa National Academic Ballet and Opera Theatre.  He was detained in Naples on 17 December 2021, while in transit waiting for a flight to Lviv.  It is also disturbing that, according to Ukraine’s Human Rights Ombudsperson Lyudmila Denisova, Lavrenchuk was not detained on the basis of an INTERPOL Red Notice.  Russia instead presented some kind of circular whose use, Denisova says, is restricted by some countries.   It is unclear what this document is, but the very fact that a Red Notice was not used must arouse suspicion.  While the system often fails, INTERPOL states itself that any of its notices must meet legal criteria.  One of the most important of these is obviously that there should be real grounds for the criminal charges, which must not be politically motivated. It is to be hoped that the Italian authorities will ask how such criminal charges of ‘fraud on a large scale’ should have arisen so long after Lavrenchuk left Russia.  He was able to freely leave the country in 2014, and presumably had no idea that a warrant had been issued, enabling him to be detained abroad.

Lavrenchuk is 39 and, reportedly, a graduate of the Russian Institute of Theatre Arts.  As well as in Ukraine and Russia, he has worked in Poland, Germany, Lithuania and Israel.  He founded the Polish Theatre in Moscow in 2004, and worked there until 2014 when he left in protest at Russia’s aggression and hate camapign against Ukraine,

Given Russia’s accusations of fraud, it is worth noting an interview Lavrenchuk gave in December 2020.   “I never applied for work in Russia, I did everything myself. I founded the Polish Theatre, invited only those whom I wanted. During all of that time, I didn’t take a single copeck from Russia, it was all from the European Union and from Poland. I wasn’t vulnerable and they couldn’t put pressure on me. I left there on the basis of my political position and I can’t tell you how happy I am about that”

He acknowledges that there was a temptation to remain as he was doing well, had a nice flat in the centre of Moscow, etc.  He overcame such temptations, however, and left in 2014.  “It’s impossible to remain in a country which is killing your brothers.”

That interview was given a month after the acquittal in Italy of Ukrainian National Guard soldier Vitaly Markiv after over three years in detention and a horrific 24-year sentence.  The Italian prosecution’s case had been heavily influenced by Russian propaganda sources which were used to justify a slanted view of the military conflict in Donbas, eastern Ukraine and the deaths of Italian photojournalist Andrea Rocchelli and his Russian interpreter Andrei Mironov in crossfire near Sloviansk on 24 May 2014  (details here).