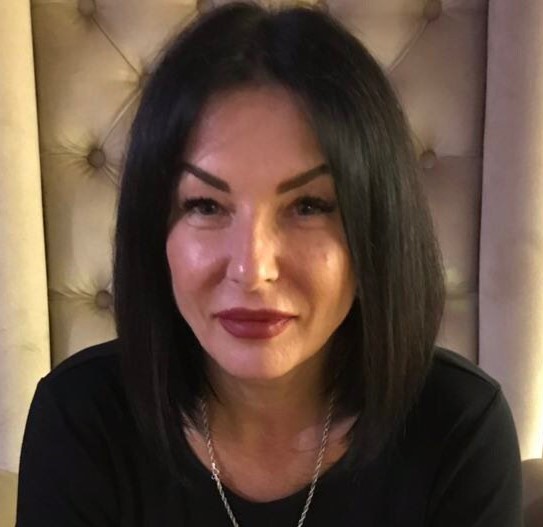 Olena Piekh is in urgent need of hospitalization after three and a half years of captivity and the horrific torture to which she was subjected when seized by militants from the Russian proxy ‘Donetsk people’s republic’ [‘DPR’].  During the first three months, the militants used electric shocks, screws twisted into her knees, asphyxiation and mock executions to force Piekh to ‘confess’ to what the pseudo ‘republic’ called ‘state treason’ and ‘spying’.  They also ripped off her Star of David and subjected her to foul anti-Semitic abuse.

Ukrainian Ombudsperson Lyudmila Denisova reports that after such inhuman torture, Piekh is suffering from rapidly progressing osteoarthritis of the knee and hip joints; varicose veins and chronic thrombophlebitis, which can lead to vascular ulcers and even gangrene.  There has been concern from the outset since Piekh, who is turning 51 on 17 March, suffers from epilepsy, as well as resistant hypertension and severe angina.  Olena cannot walk without a stick and urgently needs hospitalization and specialist treatment.  The scant information available comes from extremely irregular and short (9-10 minute) telephone calls that Olena had, up till recently, been able to make since being moved to the Snizhne prison colony.  Her daughter Izabella reports that during the last such call around a month ago, when the friend in occupied Donbas tried to connect them via a loudspeaker, Olena stopped her, saying that she had been prohibited from such contact.  Izabella has no idea why this has now happened, but is desperate with anxiety.  She says she scarcely recognizes her mother’s voice and fears for her emotional state, as well as for her physical condition.  Both are doubtless exacerbated by her being unable to sleep because of the pain in her leg. It is both expensive and difficult to find people who will agree to pass on medication to her mother, and many such attempts fail, although such medicines are needed on a regular basis.

Until 2014, Piekh worked as a senior researcher in the research and educational department of the Horlivka Art Museum and authored several papers for the museum’s official publications.  She and Izabella, left Donbas shortly after the Russian / Russian-controlled militants seized Horlivka and settled in Odesa where Piekh, who had earlier also taught German and Russian, earned a living through translations. Unfortunately,  Piekh’s elderly mother, who remained in occupied Debaltseve, suffered a stroke in January 2015 and needed long-term treatment and rehabilitation. This meant that Piekh was forced to make trips to occupied Donbas in order to organize and pay for such treatment.

It was during one of these visits that Piekh was seized by the militants.  They turned up, brandishing machine guns, on 9 August 2018 and turned the flat upside down, before taking Piekh away, with a bag over her head.  For a long time, Izabella searched in vain for information about her mother’s whereabouts and only learned later that Piekh had been held for three months in a military unit.  That was when the militants systematically tortured her, driving her to attempt suicide, by trying to cut her wrists.  The suicide attempt was, thankfully, thwarted and, for a time, the militants even laid off the torture.  After a while, however, a Russian in charge of the torture turned up in her cell.  It was after this that Olena signed the ‘confession’ to ‘treason’ demanded of her, although, as Izabella stresses, her mother is the citizen of only one country – Ukraine, and it is only Ukraine, her motherland, that she could, but would not, betray.

On 25 October 2018, Piekh was taken to the Donetsk SIZO [remand prison] and initially charged with ‘spying’, although that was later changed to ‘planning a crime on the territory of DPR’ and “state treason”.   It was claimed that she had worked with Ukraine’s SBU [Security Service] and had “incited people to spy” by recruiting fighters and sending them to government-controlled Ukraine.  The SBU program ‘They’re waiting for you at home’ referred to has nothing to do with recruitment, but is an opportunity for militants who have not committed serious crimes to return to government-controlled Ukraine with the slate set clean.

On 27 March 2020, Piekh ‘was sentenced by an illegal ‘court’ to 13 years for ‘spying and treason’ with the charges brought by an illegal armed formation that even Russia, which created and controls it, has yet to formally recognize.

Olena Piekh is on the exchange list, but Russia has, over the last two years, been blocking any exchanges, with the militants Moscow controls posing totally unacceptable political demands.  Publicity for her plight and pressure on Moscow are vital.