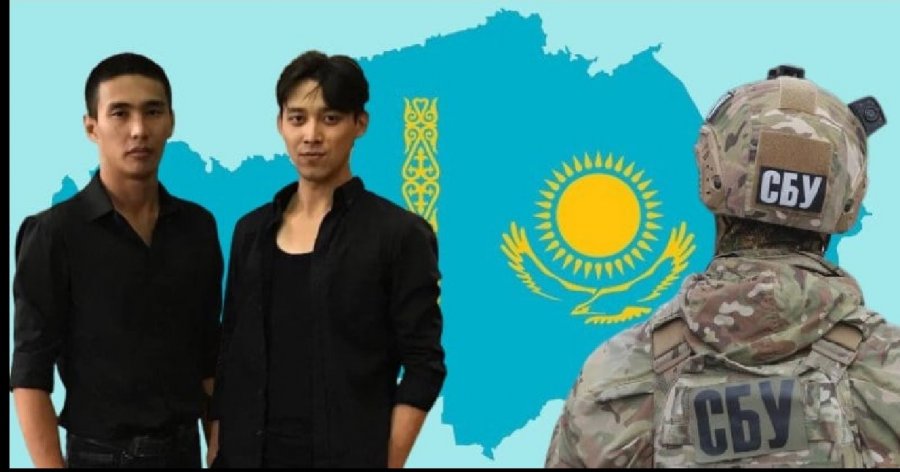 Kazakhstan opposition activists vs. Ukraine’s SBU Image from the announcement of the 10 January press briefing

Two members of a Kazakhstani opposition party allege that they were either attacked or threatened by people identifying themselves as from Ukraine’s Security Service [SBU] on 6 January. The SBU have confirmed that they ‘spoke’ with the activists, but claim that they behaved politely, although it is then unclear how Zamanbek Tleuliev came to have injuries from a beating, and four teeth knocked out.  It is also difficult to see any good reason for the SBU to have been carrying out any measures with respect to opposition activists peacefully gathering information about the shooting of protesters by the regime in Kazakhstan, aided by so-called Russian ‘peacekeepers’.

Lyudmila Kozlovska from the Open Dialogue Foundation reported on 6 January that plain-clothed men had attacked and beaten up Zamanbek Tieuliev, one of the coordinators of the Democratic Choice of Kazakhstan [DCK] Kyiv headquarters outside his home, and had threatened another coordinator, Yeldos Nasipbekov..

The publicity that the initial report aroused may well have caused the SBU to back off.  On 8 January, Tieuliev issued a statement in which he thanked Ukrainian and international human rights activists and journalists for their help and noted that, thanks to the publicity, the SBU had been “forced to justify themselves for their attack on me in the evening of 6 January and for helping the Nazarbayev regime in persecuting the political opposition.”

Tieuliev goes on to refute the SBU’s claim that its officers had behaved “politely and correctly”.  “Beating people and threatening them with deportation for opposition activities in Kazakhstan is certainly not in accordance with Ukraine’s laws and international obligations.”  He goes on to say that one can judge such supposed ‘politeness’ by the state of his face and the fact that four teeth were knocked out and a fifth is at risk.

He further rejects the SBU’s attempt to justify their activities by alleging that Tieuliev and Nasipbekov are in Ukraine illegally.  Tieuliev says that he applied for political asylum when he arrived in 2019.  His application was rejected, although he would undoubtedly face political persecution under the current regime in Kazakhstan, but he has appealed against the decision and is therefore legal in the country.

Tieuliev says that he had noticed that he was being followed before the attack and says that suspicious cars and individuals had appeared near his home.  His flat is on the fourth floor and he says that he was grabbed on the landing near the flat.  He managed to flee to the ground floor, and tried to open the door to get out onto the street.  His pursuers managed to slam the door to block him, and it was the force of the door that knocked out his teeth.

It should be stressed that his assailants had no excuse for such behaviour, and Tieuliev had every reason to flee from individuals in plain clothes who tried to seize him on a landing.  The activist explains that when people started coming out of their flats in response to the noise, the SBU officers stopped beating him, and tried to claim that he had been behaving aggressively.  He demanded to see their ID, and, in the presence of the neighbours, was fleetingly shown the ID of one of the three men – Yehor Kosov.

Tieuliev asserts that, during the beating, the men used foul language and threats of deportation and stated openly that they had come to him because he was involved in coordinating peaceful protests in Kazakhstan and that they had been ordered to seize him to be deported.

During a briefing on 10 January held by the Kazakhstani activists and several human rights groups,  Tieuliev explained that after patrol police and lawyers appeared, the SBU officers disappeared.  The police officers tried to persuade him not to lodge a formal complaint, saying that he should instead go to the State Bureau of Investigations and complain there.  He was concerned that the incident, and his call to the police, be recorded and insisted on lodging the complaint.

This is the latest of several occasions where Ukraine’s SBU or authorities in general have appeared to be collaborating with their counterparts in countries of the former Soviet Union, even where this means forcibly returning asylum-seekers to countries where they face persecution and, almost certainly, torture.

See: Defender of Ukraine sentenced to 18 years after being treacherously handed over to Russia