Tartu City Council statement on the liquidation of Memorial 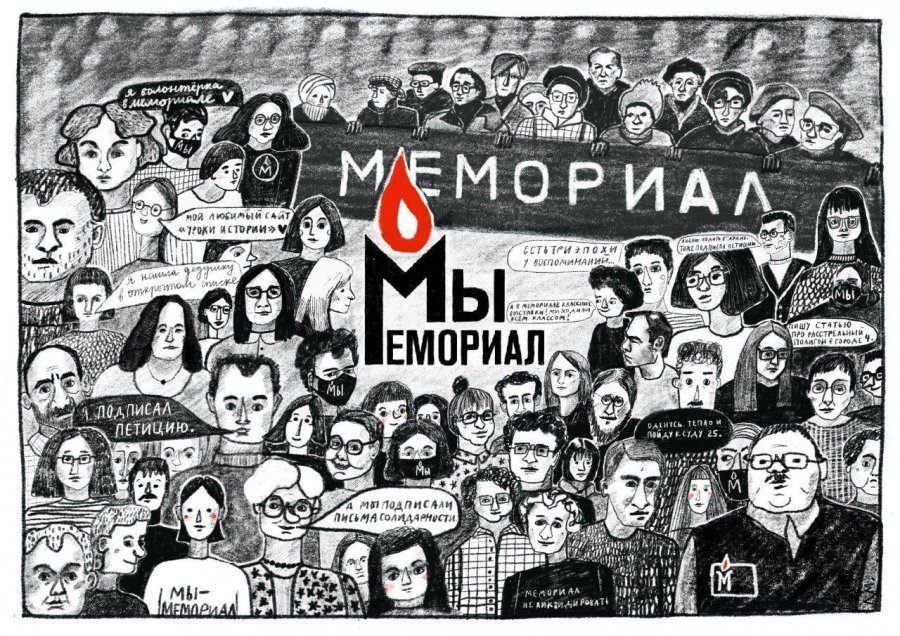 Memorial, We are Memorial. A social media image showing how individuals and their civic activism have made the Memorial Society what it is, and what the current regime hates

At today’s meeting, the City Council issued a statement on the compulsory liquidation of Memorial, the international society of historical, educational, human rights and charitable activities.

The decision to close Memorial, which was ordered by the Russian Supreme Court, marks a new and very dangerous era in the offensive on the foundations of civil society and the rule of law. Memorial is not just one among the many persecuted and non-profit associations liquidated by authorities, its closure also has important symbolic significance.

Memorial was one of the first and most important civic associations to emerge in the Soviet Union, marking the new democratic winds.

Memorial performed two vital functions. The first goal was to identify all of the victims of Soviet terror. Memorial’s database contains over three million files. Tens of thousands of people have learned the fate of their close relatives. The second goal is to describe and catalogue the penal system of the Soviet Union. It is important to know not only why the parents or grandparents of one citizen or another died, but also who their persecutors and executioners were.

This knowledge is inconvenient for the current Russian regime, which has grown out of the same penal bodies of the Soviet Union. According to the official Russian narrative, Stalin was an effective manager. Yet his repressive machine destroyed more people than World War II.

Memorial’s importance is not limited to Russia. The repressions of the Soviet Union painfully affected Estonians – Memorial has also collected important data about them. Several alumni from the University of Tartu are affiliated with Memorial. All you have to do is mention the head of Memorial, Arseni Roginski, who died in 2017. He was a student of Juri Lotman, and was awarded the Order of Merit of the Cross of Terra Mariana, Second Class, by President Lennart Meri.

The Tartu City Council expresses its solidarity with Memorial and its employees, condemns the violence against historical memory in Russia, and joins the call of the European Court of Human Rights to not implement the shameful decision on the forced liquidation of Memorial.