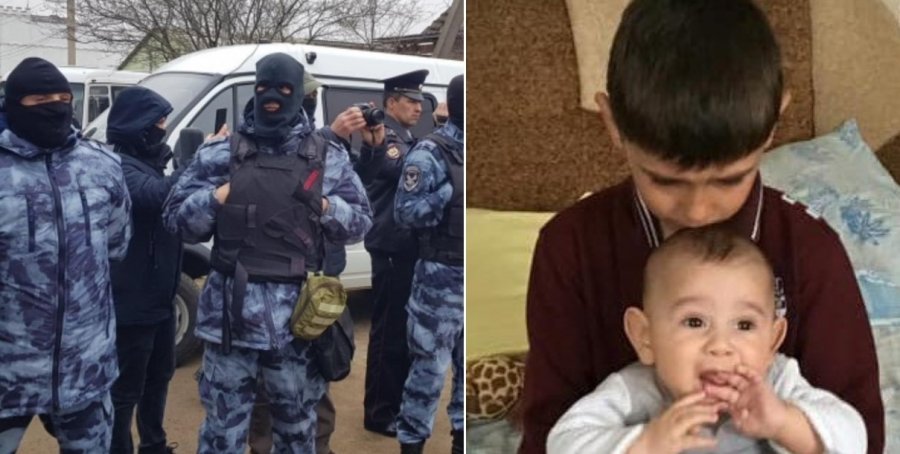 Ukraine’s Verkhovna Rada has finally adopted a long-needed bill that will provide social and legal aid to the huge number of political prisoners, hostages and prisoners of war, held in captivity in Russia or occupied Crimea and Donbas, and their families.  The bill endorsed on 26 January 2022 by 288 MPs, is the most important of three tabled as urgent by President Volodymyr Zelensky on 27 September 2021.

Draft law No. 6104 ‘On the social and legal protection of persons deprived of their liberty as a result of the armed aggression against Ukraine, as well as members of their families’ will create the legislative mechanisms to ensure that critical assistance gets to the Kremlin’s hostages and / or their families.

Such mechanisms have been urgently required for years now, with one of the problems with previous legislative attempts being the lack of clear criteria as to who was entitled to such aid and who should decide on such entitlement.  Article 2 of the bill now passed in its second, and final, reading provides clearer definition.  The categories of prisoners include: military personnel taken prisoner by the aggressor state or its bodies while defending Ukraine; civilian hostages and political prisoners.

The bill also envisages the creation of a special Commission for issues linked with establishing whether people have been stripped of their liberty through the armed conflict.

It entitles Kremlin hostages and members of their families of annual payment while they are imprisoned. A one-off amount of aid is also envisaged should the person die or be killed while imprisoned or should they die in the year following their release.  There will also be a one-off payment after a person is released.

The bill also provides a guarantee of legal defence and compensation for legal assistance; guarantee of free secondary legal assistance both while imprisoned and following release; medical and psychological assistance and rehabilitation, etc. after release.  Very importantly, it covers such areas as housing (providing temporary accommodation); employment rights; the right to education and professional training, etc. following a person’s release, as well as, for example, rebates in organizing internal or external passports, etc.

Of the 116 Crimean Tatar and other Ukrainian political prisoners illegally held in occupied Crimea or Russia, a significant percentage are fathers who were the main breadwinners of the family. Crimean Tatar civic initiatives have provided the aid they can, but it is clearly time that the Ukrainian state provided systematic assistance for its citizens, imprisoned for their civic activism; political or religious beliefs.  An ever increasing number of the Crimean political prisoners are civic journalists from Crimean Solidarity who are facing persecution for their courageous work in reporting on repression under Russian occupation.

It is also extremely important that released hostages and political prisoners will be provided with more systematic ongoing assistance.

There are at least 270 military and civilian hostages on the territory of Russia’s proxy ‘republics’, very many of whom have been held and tortured at secret prisons, like ‘Izolyatsia’ in occupied Donetsk.

Religious persecution and / or persecution of Crimean Tatar civic activists and journalists.  Fake ‘terrorism’ charges are applied, with men accused of unproven involvement in Hizb ut-Tahrir, a peaceful transnational Muslim organization which is legal in Ukraine and which is not known to have committed any acts of terrorism anywhere in the world.  Crimean Tatars or other Ukrainian Muslims, once arrested, face imprisonment for up to 20 years, without being accused of a recognizable crime.

Religious persecution of Jehovah’s Witnesses.  Three Ukrainians have already received 6 or 6.5 year sentences, and many others are on trial now, or under house arrest.

‘Ukrainian saboteur’ charges without any acts of sabotage having been committed, and with evidence that the men were subjected to torture.

As of 2021, these include Nariman Dzelyal, Crimean Tatar Mejlis leader and world-known journalist and civic activist, and freelance journalist Vladislav Yesypenko.

Revenge for involvement in the Euromaidan protests in mainland Ukraine

Membership, in mainland Ukraine, of perfectly legal organizations which Russia demonizes.  At present, a number of Crimean Tatars are imprisoned for up to 10 years for involvement in the Noman Çelebicihan (or Asker) Battalion which, despite its name, is not an armed formation and is not illegal in Ukraine.

The list below is of Crimean Tatar and other Ukrainian political prisoners held in occupied Crimea or Russia.  Where possible, the links include addresses for writing to them.  Please try to write to at least one – the letters are a lifeline for them, and a clear message to Moscow that its actions are being watched.

(Ferat Saifullaev, Rustem Vaitov and Nuri Primov were released in early 2020, having served their sentences to the end.  )

27 March 2019  ‘Operation’ against Crimean Tatar civic activists and journalists in which 23 men were seized and almost immediately taken to Russia.  Two other men – Rayim Aivazov and Eskender Suleimanov were arrested later.

Three men, including a father and son, from Bilohirsk (Rus. Belogorsk)

Amet Suleimanov – a Crimean Solidarity activist and journalist (streaming information about arrests and political trials onto the Internet).

Ivan Yatskin  sentenced to 11 years, almost certainly for his opposition to Russia’s occupation of Crimea

Imprisoned for membership, in mainland Ukraine, of perfectly legal organizations which Russia demonizes.  Most are accused of membership in the Noman Çelebicihan (or Asker) Battalion which is not an armed formation

Ilver Ametov, Head of the Sudak Regional Mejlis (sentenced to restriction of liberty)

See: Russia refuses to allow the refugee it killed in occupied Crimea to be buried

The above does not include several Crimean Tatars who have received long sentences in absentia, nor those who were released in the last exchange in September 2019 or because they had served the sentence.