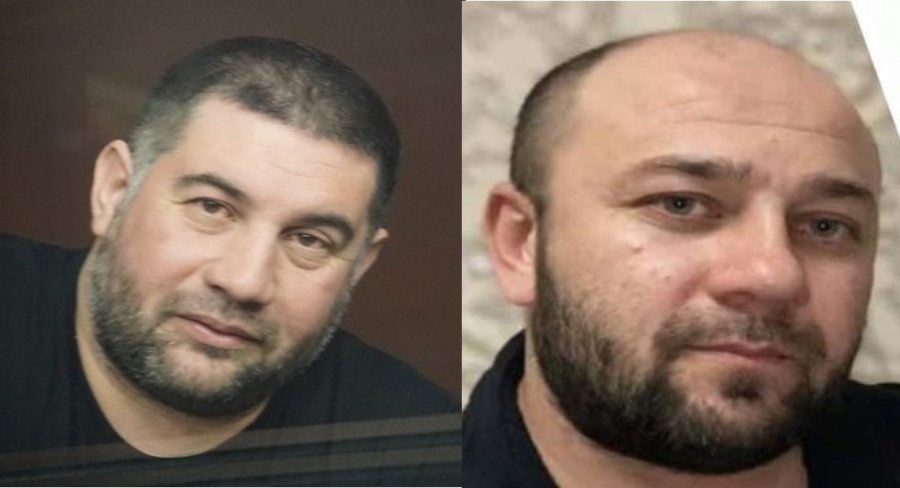 Russian prosecutors have demanded sentences of 19 and 16 years against two Crimean Tatar Muslims, accused only of discussing Islam.  The men are among at least six victims of the same believed FSB agent appearing in trials as a supposed ‘secret witness’.

At the beginning of the court debate on 3 February 2022, prosecutors Mikhail Arefyev and Konstantin Firsov asked the court in Rostov to sentence Timur Yalkabov (b. 1980) to 19 years’ harsh regime imprisonment with a further 21 months’ restriction of liberty.  In the case of Lenur Seidametov (b. 1985), a 16-year harsh-regime sentence was demanded (without subsequent restrictions). In both cases, the demand is that the first three years will be in a prison, the worst of Russia’s penitentiary institutions.

Such sentences are worse than those handed down by Russian courts in non-political trials, against murderers, for example.  Here, however, the two Crimean Tatars, who were both active in the Crimean Solidarity human rights initiative, are not accused of any recognizable crime at all, let alone one involving violence.  The charges are linked with alleged, and unproven, ‘involvement’ in Hizb ut-Tahrir, a peaceful transnational Muslim religious and political organization that is legal in Ukraine and most countries.  Russia’s claim that Hizb ut-Tahrir  is ‘terrorist’ is based solely on a flawed, unexplained and secretive ruling by the Russian Supreme Court in 2003.   In each case, a person is charged either with the more serious charge of ‘organizing a so-called Hizb ut-Tahrir cell’ (Article 205.5 § 1 of Russia’s criminal code) or of ‘involvement in such a purported cell’ (Article 205.5 § 2).  In this case, as in all, it is unclear why Timur Yalkabov has been designated the role of ‘organizer’, Lenur Seidametov – of involvement.  The men are also accused of ‘planning to violently overthrow the state’ (Article 278). This too has no basis in any actions or plans to act, and the armed FSB who burst into their homes, and those of four other Crimean Tatar civic activists, on 17 February 2021 were openly interested only in ‘prohibited literature’.  Seidametov’s wife has said that the FSB planted several such books, with this an increasingly common part of such ‘searches’ carried out with the men illegally prevented from having lawyers or independent witnesses present.

As mentioned, there is evidence that the same individual, described by lawyer Emil Kurbedinov as an FSB agent called Adnan Masri, is being deployed in a large number of such ‘trials’.  In this case, Seidametov and Yalkabov are charged on the basis of an illicitly taped conversation five years ago with an unidentified individual, who was almost certainly Masri. The men say that they met the individual at a mosque in 2016 after which he invited them for a cup of tea. The prosecution has since claimed that the latter conversation was ‘a conspiratorial meeting’ organized by Seidametov.  According to the defence, it is clear from the video that Seidametov was uncomfortable at this conversation and made every effort to leave the place where they were meeting.  The set-up is especially shocking given that the questions that this individual was asking (in the knowledge that the conversation was being videoed) are similar to those later put to the FSB-loyal ‘linguist experts’ for their assessment.

To reiterate: two men are facing sentences of almost two decades over conversations about religion over five years ago.

Both Lenur Seidametov and Timur Yalkabov have been recognized by the renowned Memorial Human Rights Centre as political prisoners. The men themselves, and their lawyers, will begin their final addresses to the notorious Southern District Military Court in Rostov on 14 February.