Report concerning the investigation of the mass unlawful use of force to the convicts of the Oleksiivska correctional colony (No.25) on January 8, 2020 Seventh Periodic Report of Ukraine on Implementation of the Convention against Torture and Other Cruel, Inhuman or Degrading Treatment or Punishment
• Topics / Against torture and ill-treatment 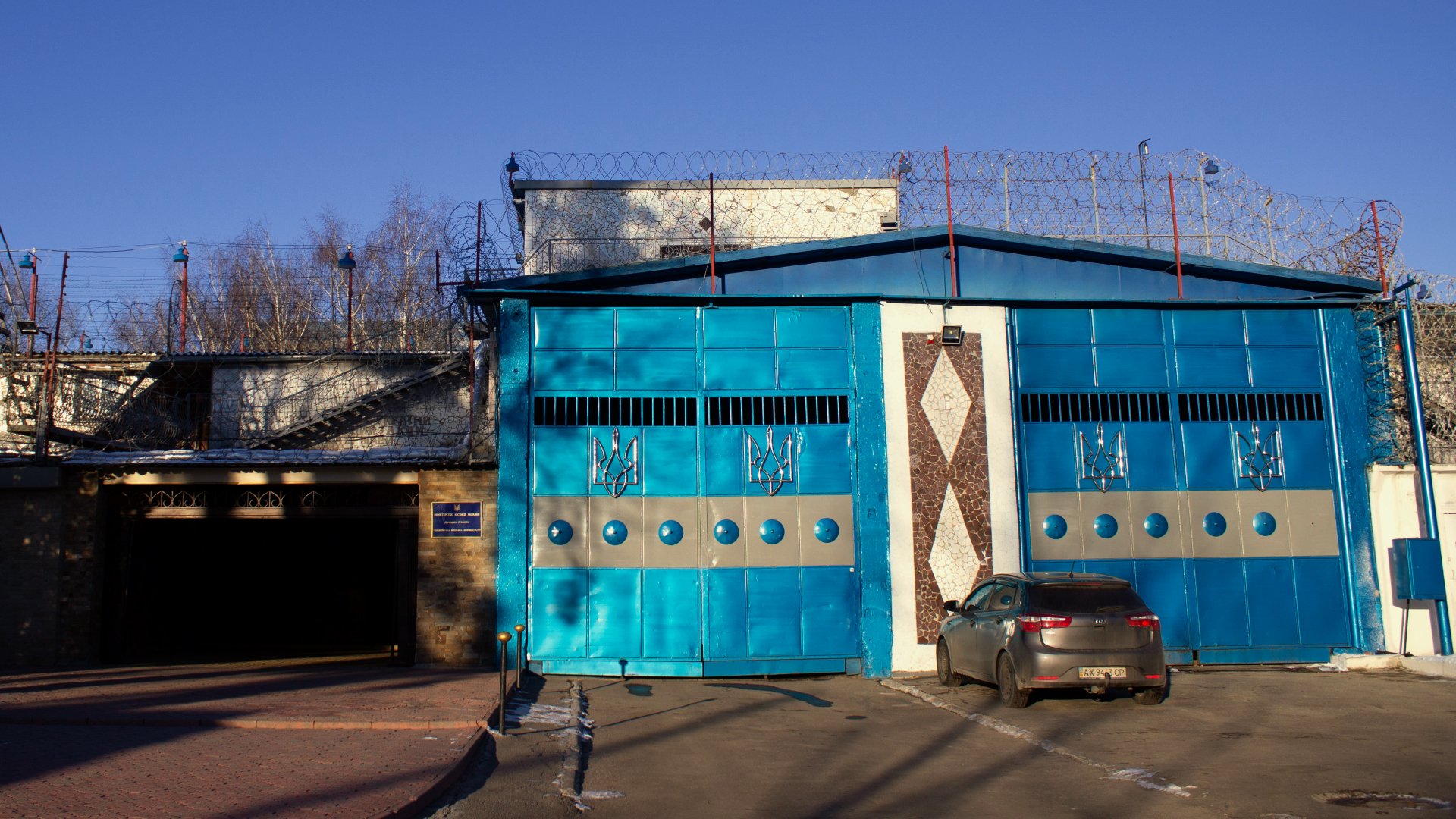 SBI quietly closed the investigation into the high-profile case back in October. As it turned out, on January 21, three months later, the prosecutor’s office quashed that decision. However, as the human rights activists believe, it is too early to celebrate: it seems that the case will still be closed, after all, the maximum period of investigation has expired, when no one has been notified of the suspicion.

Two years ago, in January 2020, the story concerning the Oleksiivska colony No. 25 shook Ukraine. The unprecedented happened: the eternally intimidated prisoners of the most terrifying penitentiary institution finally started telling what’s going on behind its fence, and turned to human rights activists for help.

On January 3 the lawyers collected the first complaints that made the hair stand on ends:the convicts told about raping, medieval tortures, extortion of money. So many people were willing to talk that the lawyers had to return after Christmas. The administration reacted quickly: in the night between January 7 and 8 the special forces units were brought to the colony under the pretext of possible destabilization of the situation. There was a lot of curious events afterwards: the malfunctioning video surveillance, the non-admission of the lawyers to the defendants and doctors to the victims, obstructing the representatives of the Parliamentary Commissioner for Human Rights. The details of those days could be found in KHPG’s report to the European Committee for the Prevention of Torture and Ill-Treatment.

However, that story could not be hidden any more, it gained all-Ukrainian notoriety. A pre-trial investigation was launched into the events in OСС-25, which was entrusted to the SBI investigators. However, the human rights activists had many questions to this investigation from the outset. There was pressure on the victims. Dozens of convicts indicated the same employee of the colony as the person who tortured them, however, he was not brought to criminal responsibility. None of the investigative actions suggested by the victims’ lawyers was taken, except for the interrogation of one of the victims using a polygraph.

Eventually the KHPG lawyers received the applications about various crimes committed by the administration of the CC-25 from 37 convicts, 17 applicants have been tortured before the events of January 8, 23 applicants were beaten during the entry of the special forces on January 8, and 2 later: on January 18 and 19.

In October 2021 SBI closed the case concerning the events in colony No.25: the investigators found no persons guilty of beating and torturing the convicts. Interestingly, human rights activists learned about the closure of the case by accident only in December: the investigating authorities did not inform either the victims or their lawyers. Moreover, it turned out that even in the Prosecutor General’s Office copies of the decision to close the case were not seen.

“The case that was heard in the Verkhovna Rada Committee, on which an appeal was filed to international human rights bodies, a delegation of the European Committee for the Prevention of Torture visited Ukraine, was closed even without the procedural requirements of sending a copy of the resolution on closure of the proceedings to the prosecutor, not to mention the victims or their lawyers. It is not difficult to imagine how the the Prosecutor General’s Office prosecutors “supervised the pre-trial investigation” or “verified the lawfulness of the decision”, if the letter of December 6, 2021 states that the prosecutor “has not received this decision so far” – stated the human rights activists in the KHPG report on the events in OCC-25 and the investigation of crimes committed during those events.

Lawyers of the victims believe that the inaction of SBI investigators and PGO prosecutors has signs of a criminal offence. After all, the perpetrators remain unpunished, and the victims did not receive any compensation for the physical and moral suffering. Therefore, human rights activists filed a criminal complaint about the crime committed by SBI investigators and PGO prosecutors.

– On January 21 this year, I submitted to the Prosecutor General’s Office a statement on the crime concerning the prosecutors and investigators who were inactive during the investigation. I motivated this statement by the fact that the lawyers provided dozens of petitions for conducting particular investigative actions, however, only individual actions were carried out, and only the ones that would have taken place even without petitions: interviews with the victims and forensic examinations. The criminal negligence of the prosecutors was that in response to my complaints about the inaction of investigators, they replied that all necessary investigative actions were being taken, –  says the head of the Strategic defence centre of KHPG, Gennadiy Tokarev. – on February 4, having not received a response from the Prosecutor General’s Office, I sent a complaint to the Pechersk court about not entering information on my report of a crime to the URPI.

On February 7 Gennadiy Tokarev received a reply from Roman Romanchuk, acting Head of the Department for Combating Human Rights Violations in the Law Enforcement and Penitentiary Spheres: investigation of events in Colony No. 25 resumed. The letter is dated January 31.

“Your appeal regarding the lawfulness of closing criminal proceedings No. 42020221090000002 of 10.01.2020 and official negligence on the part of investigators and prosecutors in these proceedings and on other matters, was considered.

I would like to inform you that investigators of the Territorial Department of the State Bureau of Investigation, located in the city of Poltava, are conducting a pre-trial investigation in criminal proceedings No. 42020221090000002 of 10.01.2020 on the grounds of criminal offences provided for by Art. 365 p.2, Art. 127 p.2 of the CC of Ukraine. The procedural guidance in this proceeding is provided by a group of prosecutors of the Prosecutor General’s Office.

In the criminal proceedings, the prosecutor has repeatedly provided written instructions to the pre-trial investigation body regarding carrying out a number of investigative and procedural actions, including taking into account your requests.

The decision of 21.01.2022 is quashed by the prosecutor as unlawful and unjustified.

The pre-trial investigation in the criminal proceedings continues”.

“At the same time, your appeal is not a source of circumstances that may indicate the commission of a criminal offence, as it currently does not contain sufficient information to make a relevant decision.

The basis for the start of the pre-trial investigation is not any received and registered applications or notifications, but only those that show significant circumstances that may indicate the commission of a criminal offence (decision of the Criminal Court of Cassation of the Supreme Court in the case No. 556/450/18 of 30.09.2021).

In view of the above, there are no grounds for entering the relevant information into the URPI”.

– I am convinced that the question of the presence of signs of a criminal offence concerning the actions or inaction of prosecutors of a particular Department should not be considered by the head of the same department, – notes Gennadiy Tokarev. – Prosecutors of the Department for Combating Human Rights Violations are so diligent in overseeing and managing the investigation that they do not even require a copy of the decision to close the investigation, but are limited to informal communication.

Despite the reopening of criminal proceedings, human rights activists are not very optimistic. They say: the maximum period of pre-trial investigation in which no person has been notified of the suspicion has expired. And this is due to the inaction of the investigative body headed by PGO prosecutors.