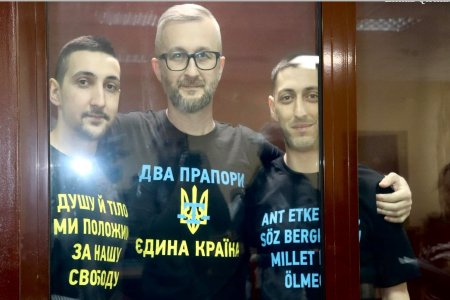 Our indicators of the legal assistance for 2021:

Public reception office of KHPG provided 2494 consultations, worked on 69 proceedings in the courts, won 34. Prepared 6 applications to the European Court of Human Rightrs (ECtHR) under Article 6 para.1 of the Convention.

Russians abduct, torture and imprison young Crimean Tatar from Kherson oblast, then come for his father

Khalil Kurtamet has not been seen since he was seized by the Russian invaders of Novooleksiivka in Kherson oblast on 8 January 2023, almost six months after Russia also abducted his son 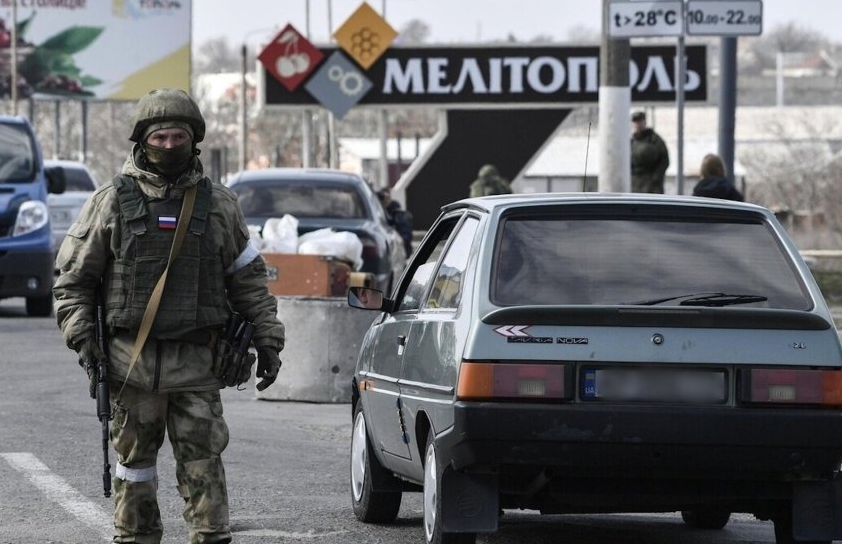 The Russian invaders claim to be eradicating “Ukrainian Nazi ideologists’ by changing the Ukrainian ‘Jewish St’ to the name of a Soviet communist, and removing a Crimean Tatar WWII hero 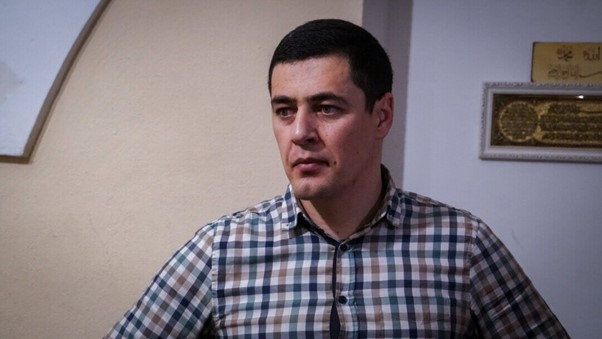 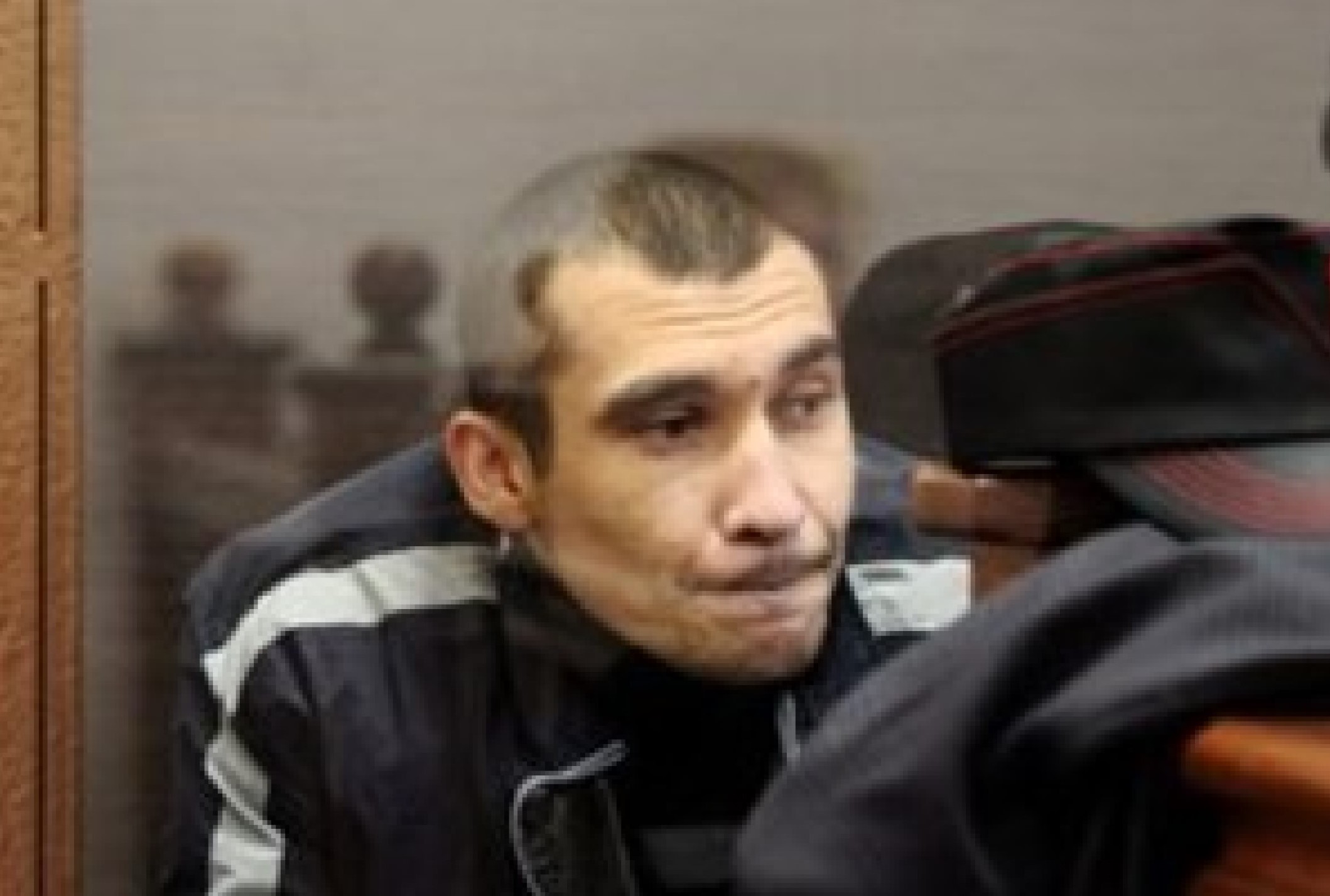 The trial of Mykhailo Chebotar whose arrest in Loshchynivka triggered appalling anti-Roma riots has ended in a life sentence despite Chebotar’s alibi, apparently faked evidence and other very serious concerns 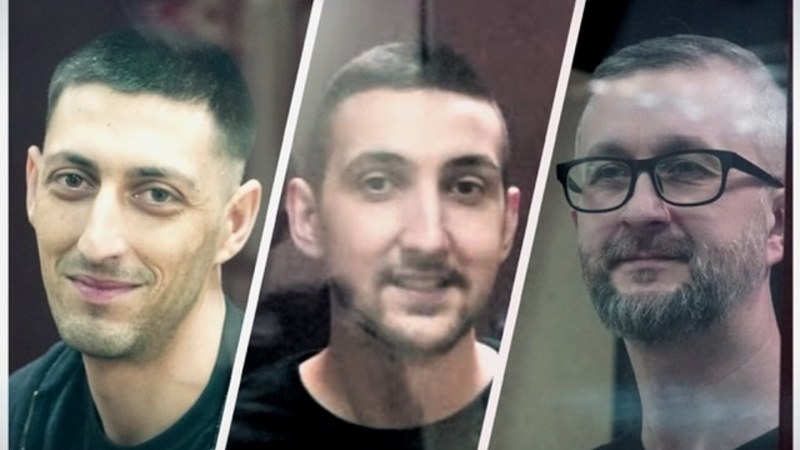 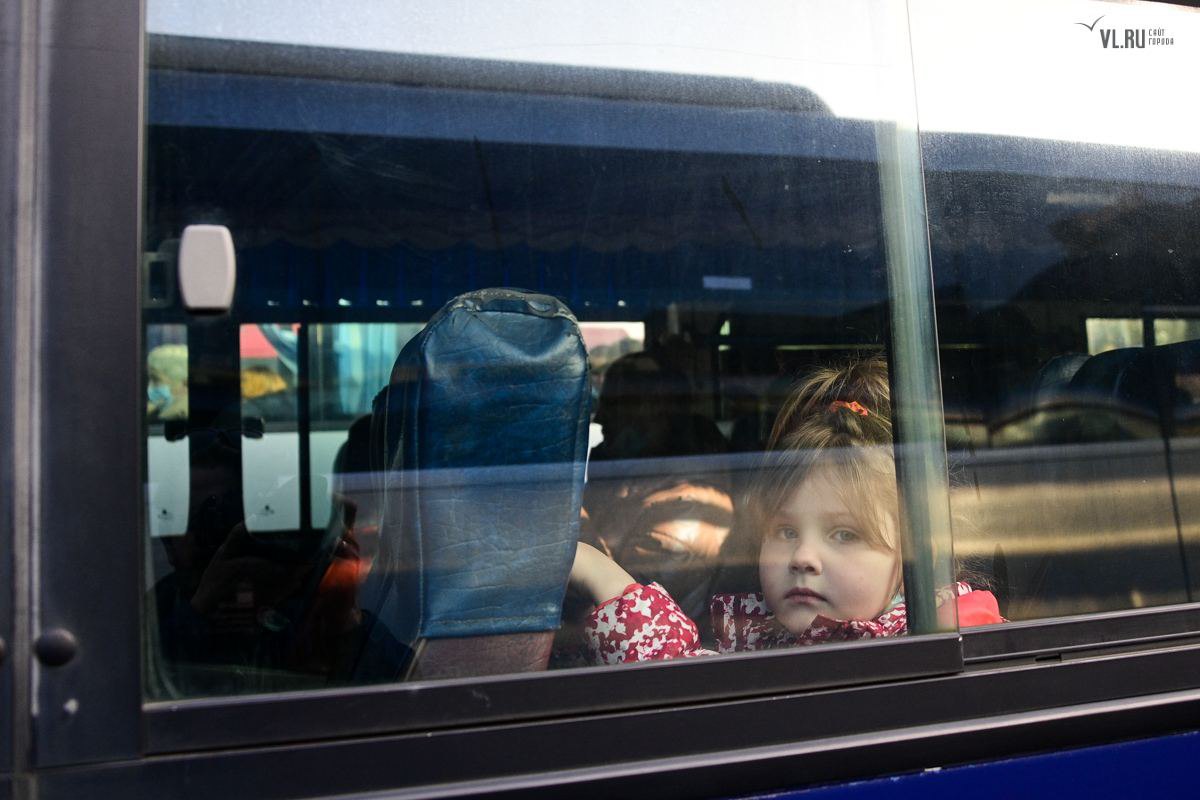 An independent Russian website has tracked down fourteen very small children abducted from Kherson while it was under Russian occupation and passed to a children’s home in occupied Crimea which was described in 2020 as “a children’s concentration camp”. 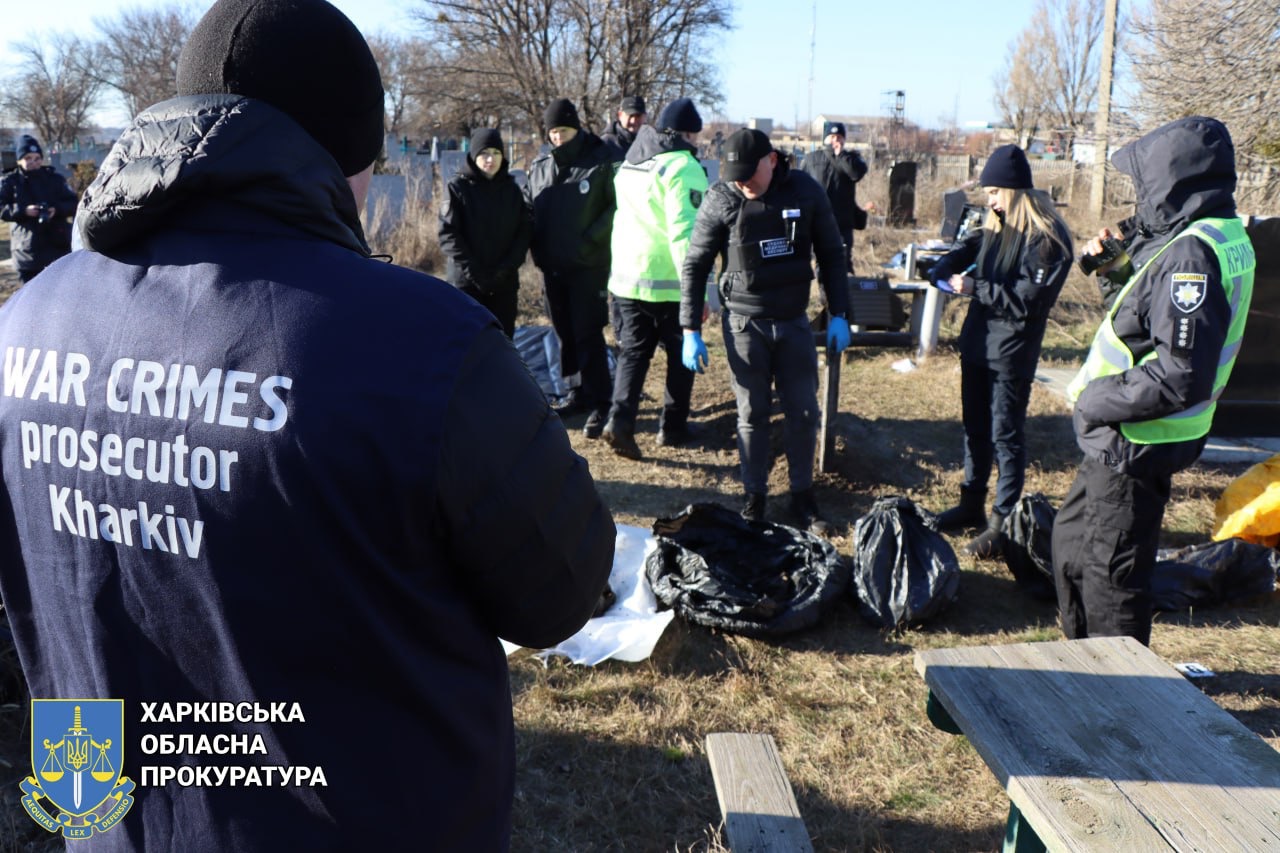 The bodies of victims continue to be found, including those of nine people killed when the Russians opened fire on two evacuation buses near Borova in Kharkiv oblast 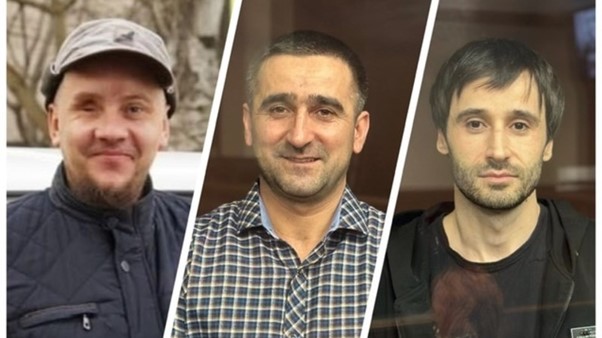 The Russian prosecution is claiming that blind and disabled Oleksandr Sizikov, together with Seiran Khairedinov and Alim Sufianov ‘sought to violently overthrow the Russian constitutional order” through religious and political discussions

The list, probably drawn up in Moscow, prohibits all works on Holodomor and Ukrainian history in general, world-renowned writers, and even comics 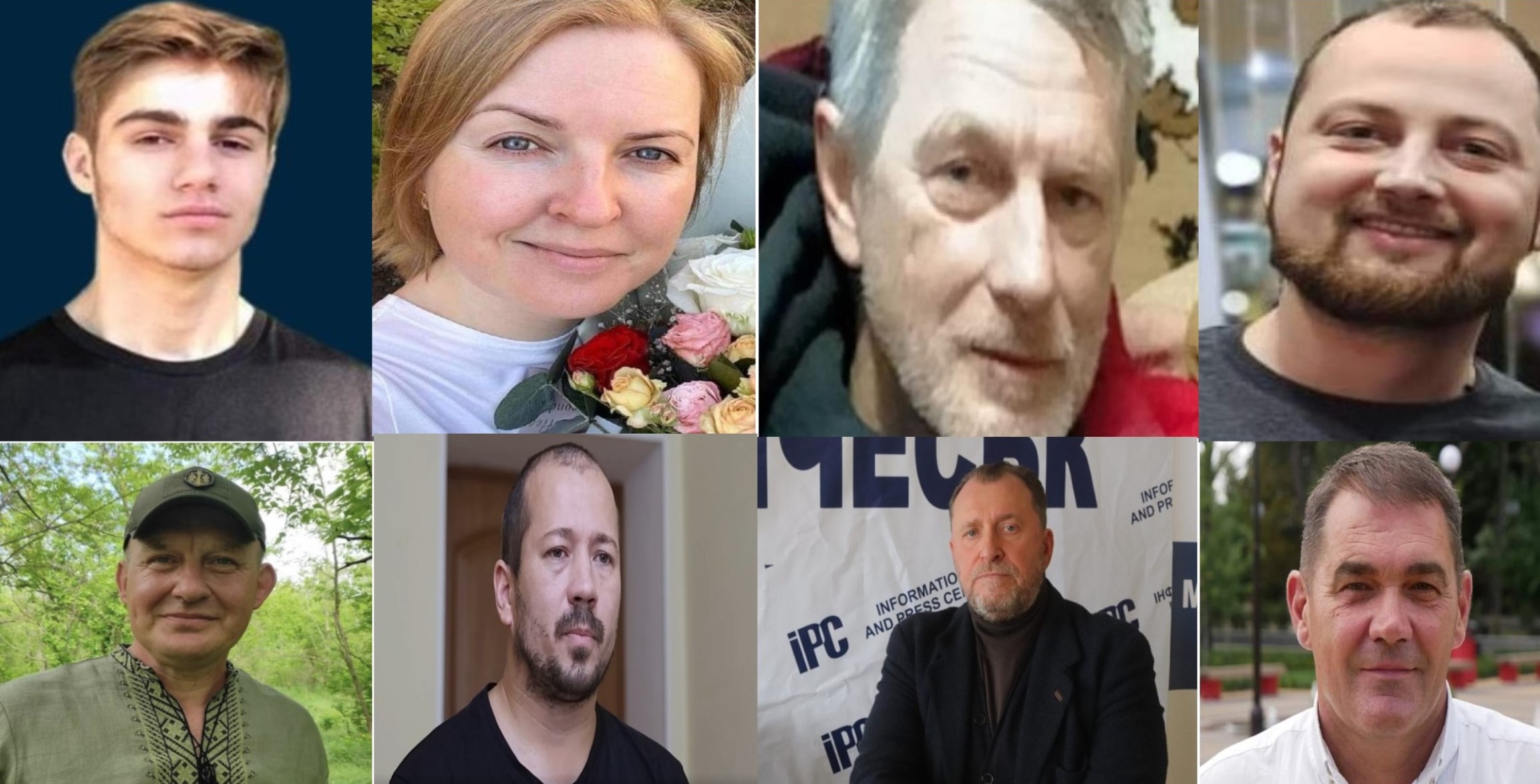 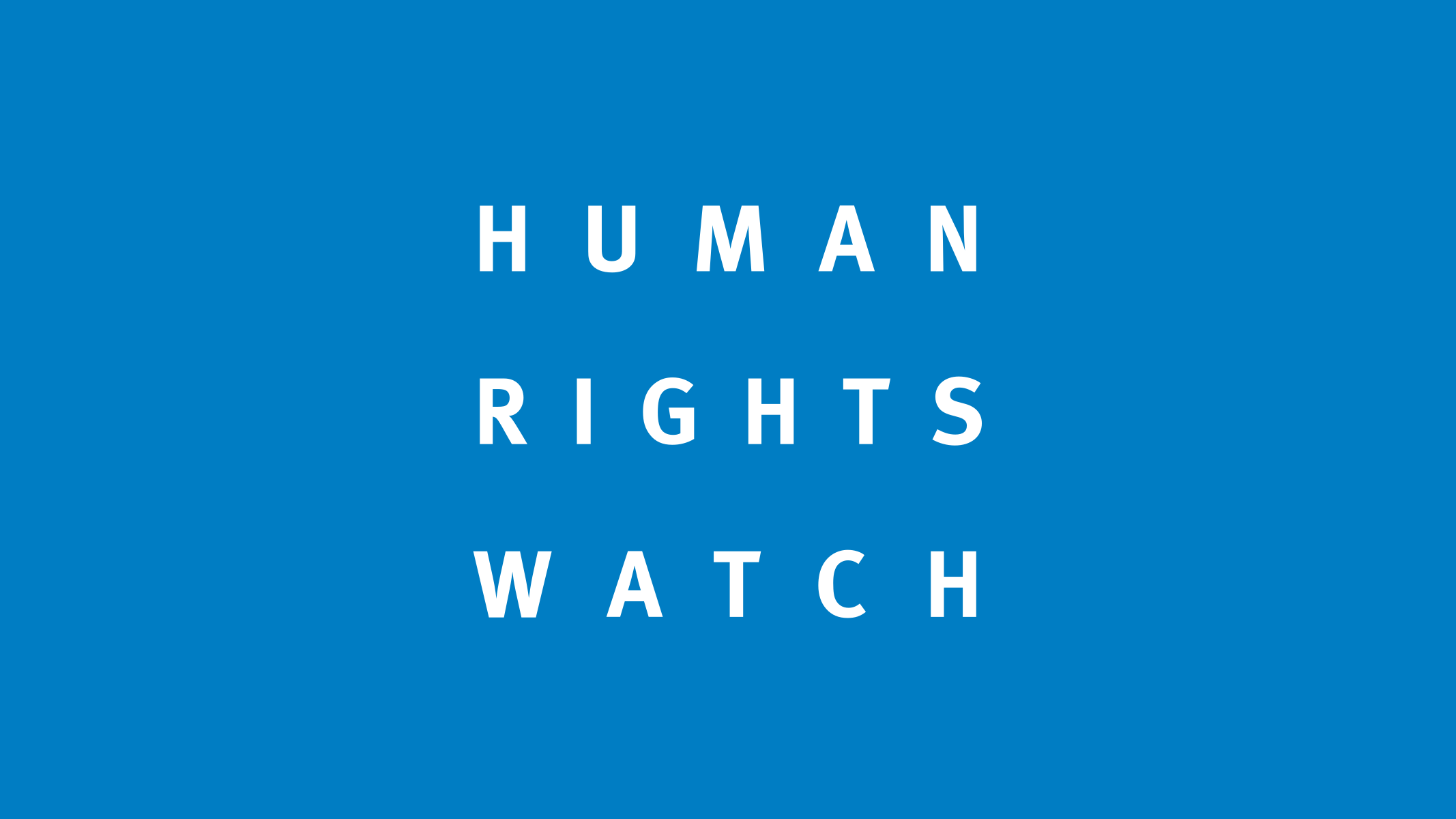 We are convinced that posting of such a report may bring more significant harm than benefits. We attempted to stop this by contacting HRW. However, our efforts were in vain. 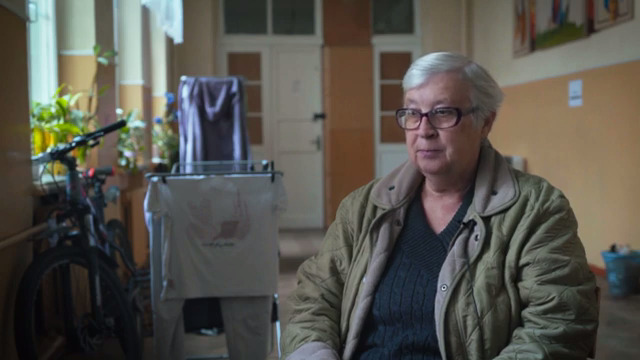 ‘If I die, then only in my homeland’ — a resident of Izium refused to evacuate to Russia

Volunteer of the Red Cross of Ukraine — Tamara Shehin spent four months in the occupied Izium. She talks about how the Russians dropped cluster bombs on the city, shot down cars, and tormented people. 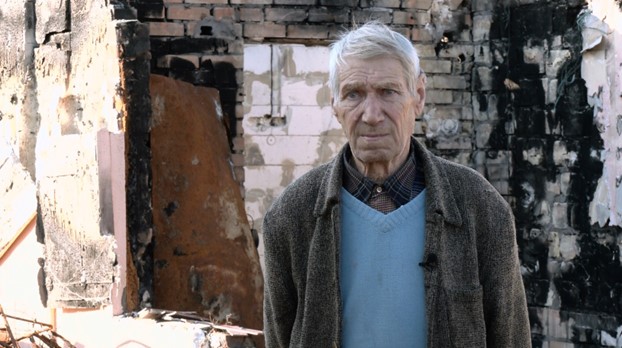 ‘When they saw planes, they fell to the ground…’

We met 78-year-old Viktor Tymofiiovych on the ruins of his private house in Moschun in the Kyiv region. For many years he has been equipping his dwelling, which was destroyed instantly by an artillery shell when the Russian occupation troops went toward Kyiv in March 2022. 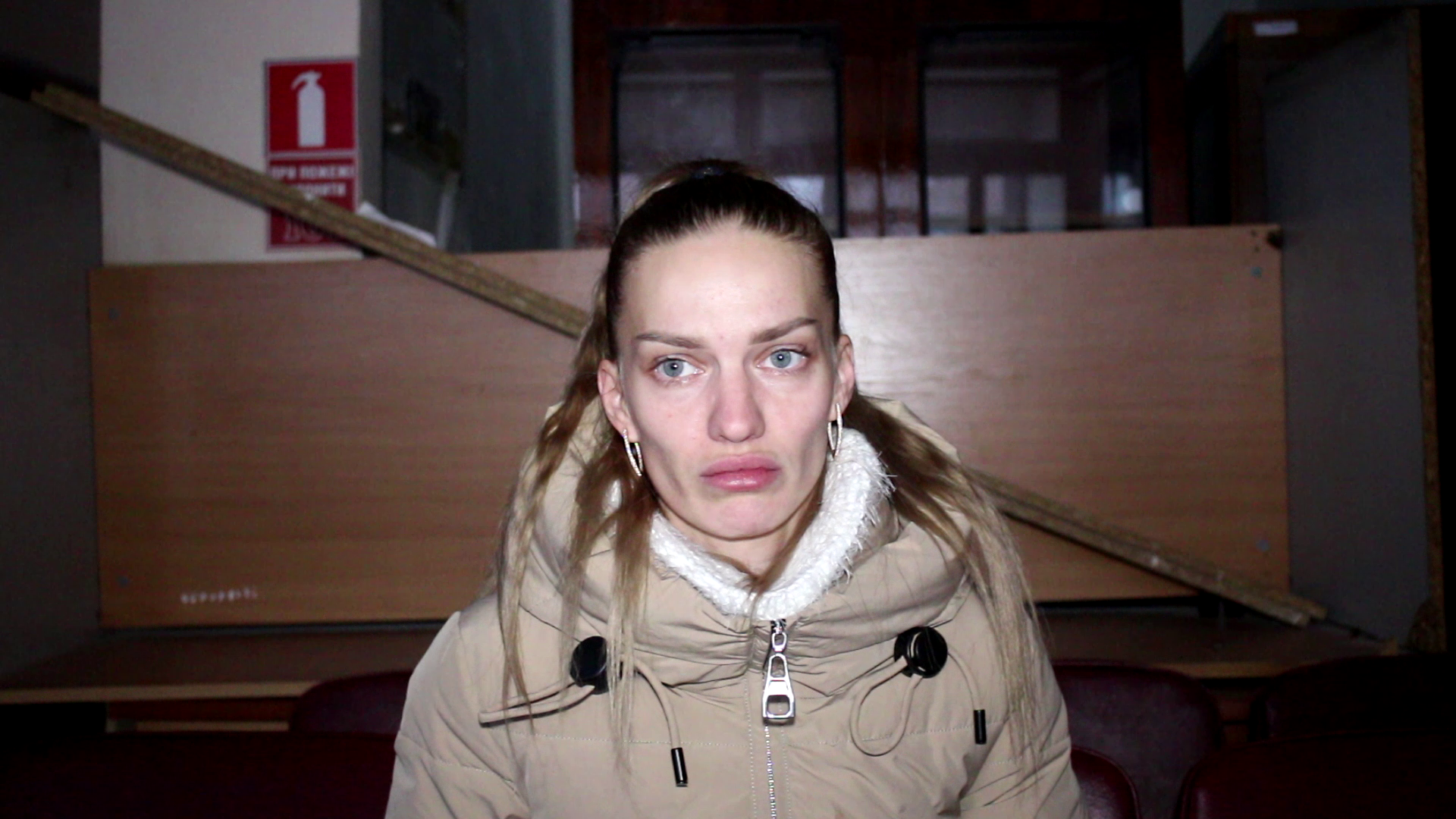 Alone with a gun against a pack of invaders

Olena Kratkovska"s father died on the seventh day of the war, defending his house in the village of Yahidne. He was a pensioner, but when the Russian invaders entered the village, he picked up a hunting rifle and went against the enemy. 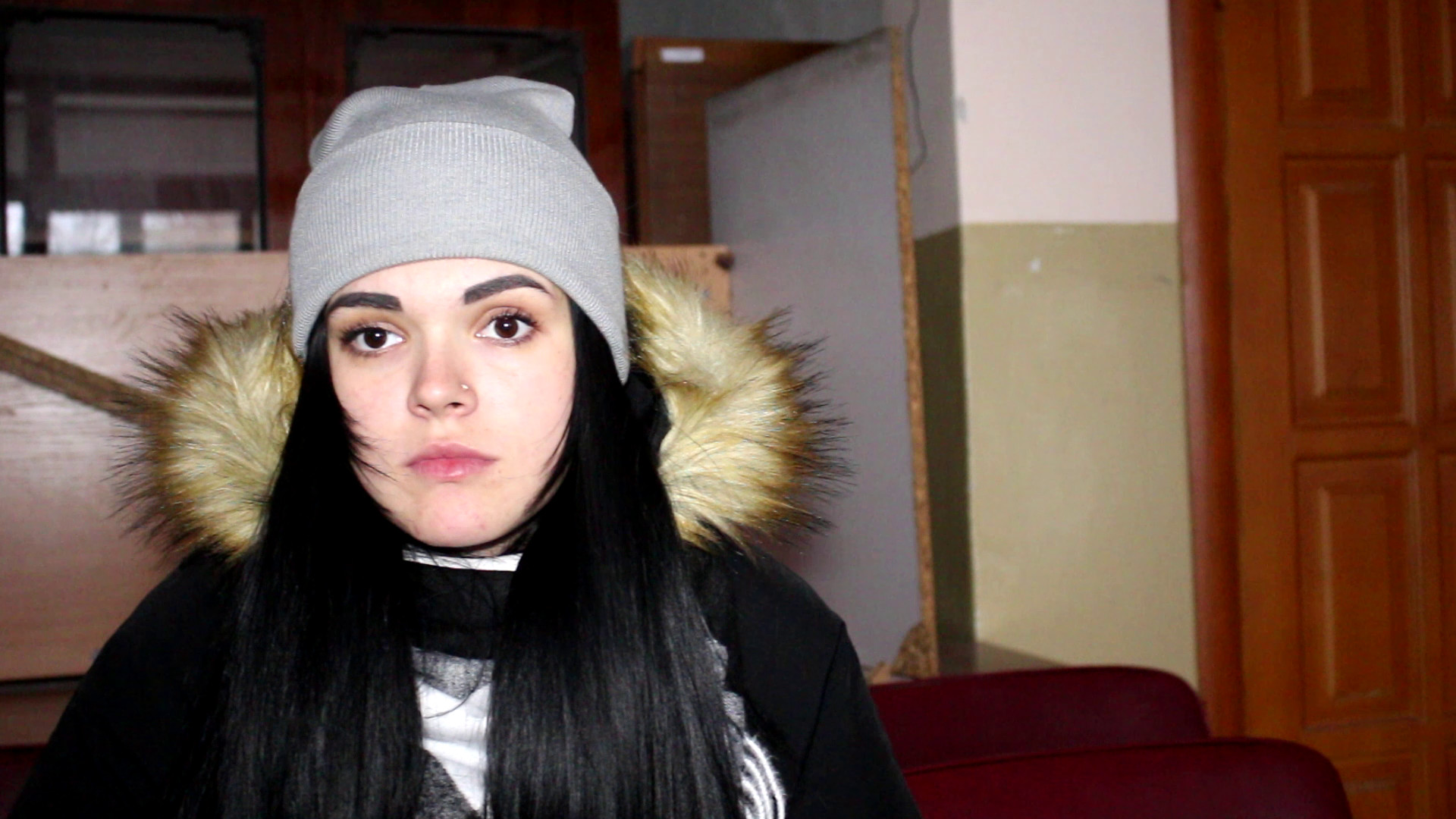 We were allowed to go home on March 8th [International women’s day]. Russians kept residents of the Chernihiv region in the basement for a month

The school basement became the last refuge for some of the villagers. People slept on the floor for almost a month, huddled in cramped little rooms without proper food and medicines. Unfortunately, not everyone came out of the basement when the Ukrainian army de-occupied the village. 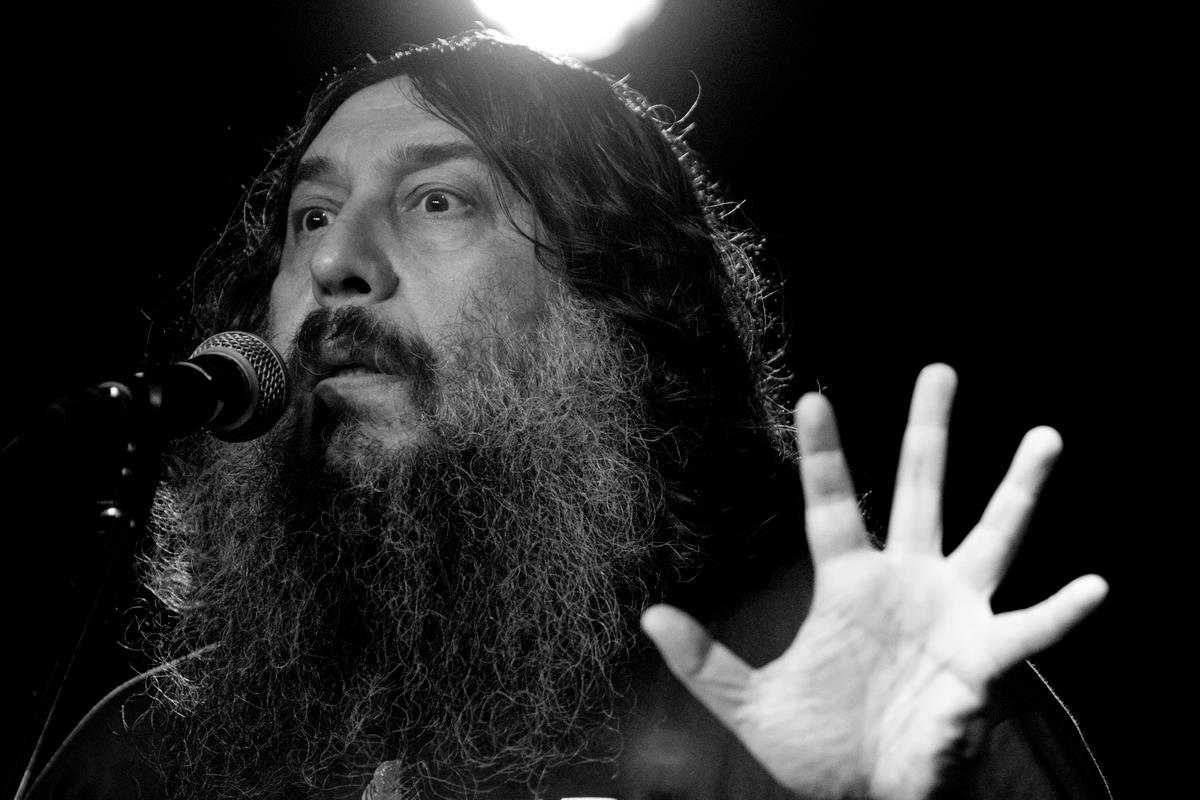 Poetry and Flowers Against the War – Digest of Russian Protests

‘I thought / that I was / a Russian / but this maniac / appears to also / think he is.’ The January issue of the Samara literature journal ‘Volga’ published anti-war poetry by German Lukomnikov. 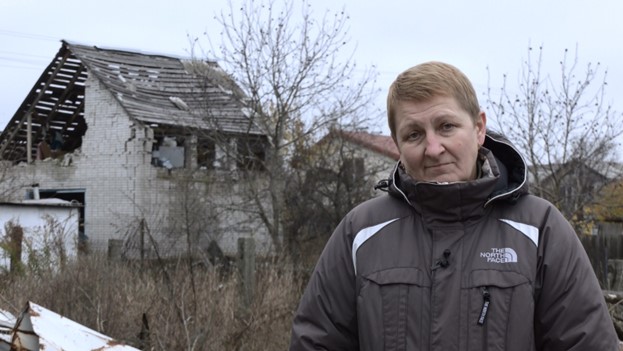 Vitkovska Nataliia and her husband survived the occupation of Borodianka. Then, one day, eight Russian soldiers entered their house and began looking for the Banderites (a name for Ukrainian nationalists used by Russian propaganda) and the Nazis. According to Nataliia, they did not understand that no one was expecting such “liberators”. 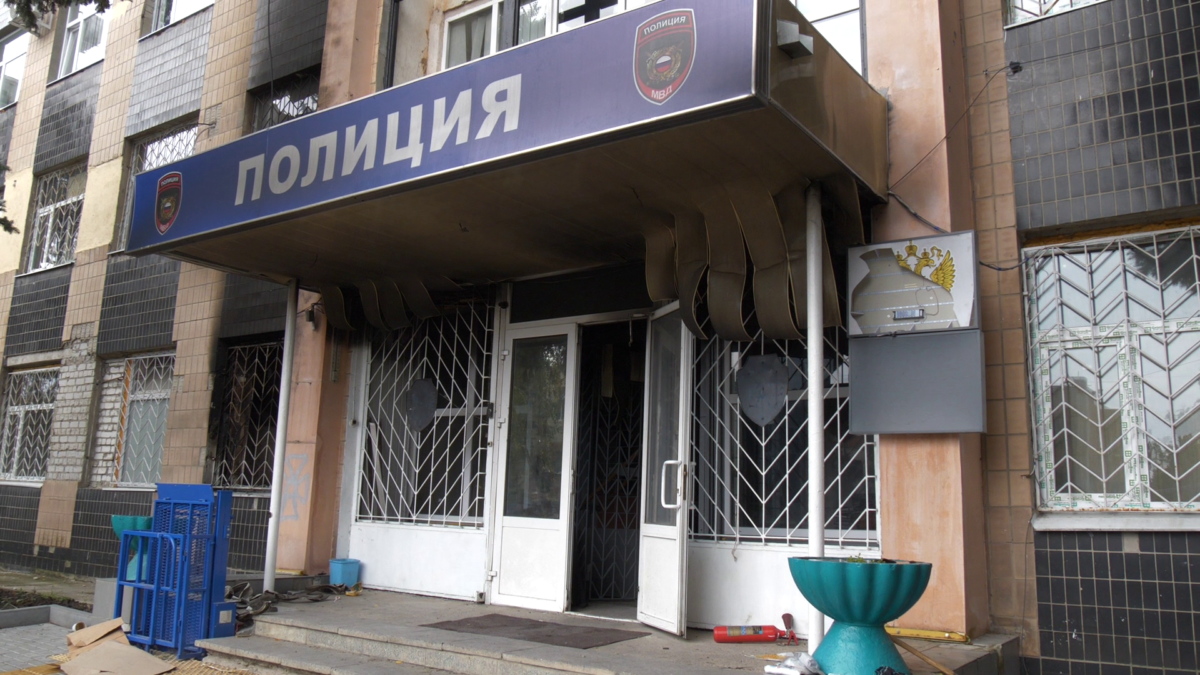 Vadym Kutsenko served in the Armed Forces of Ukraine and resigned before the end of 2022. In February, he came to Kupiansk on business. Here he got caught in a full-scale war and occupation. Soon he was denounced and ended up in the infamous Kupiansk TDF (temporary detention facility). 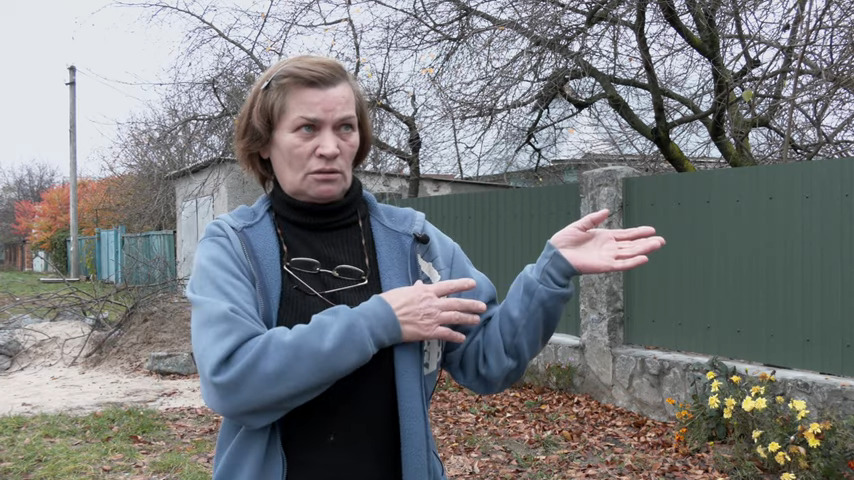 Tetiana Klihunova and her family survived the occupation in the village of Borodianka. She had to communicate with the Russian military and bury her neighbors in the garden. She confesses that household chores saved her. 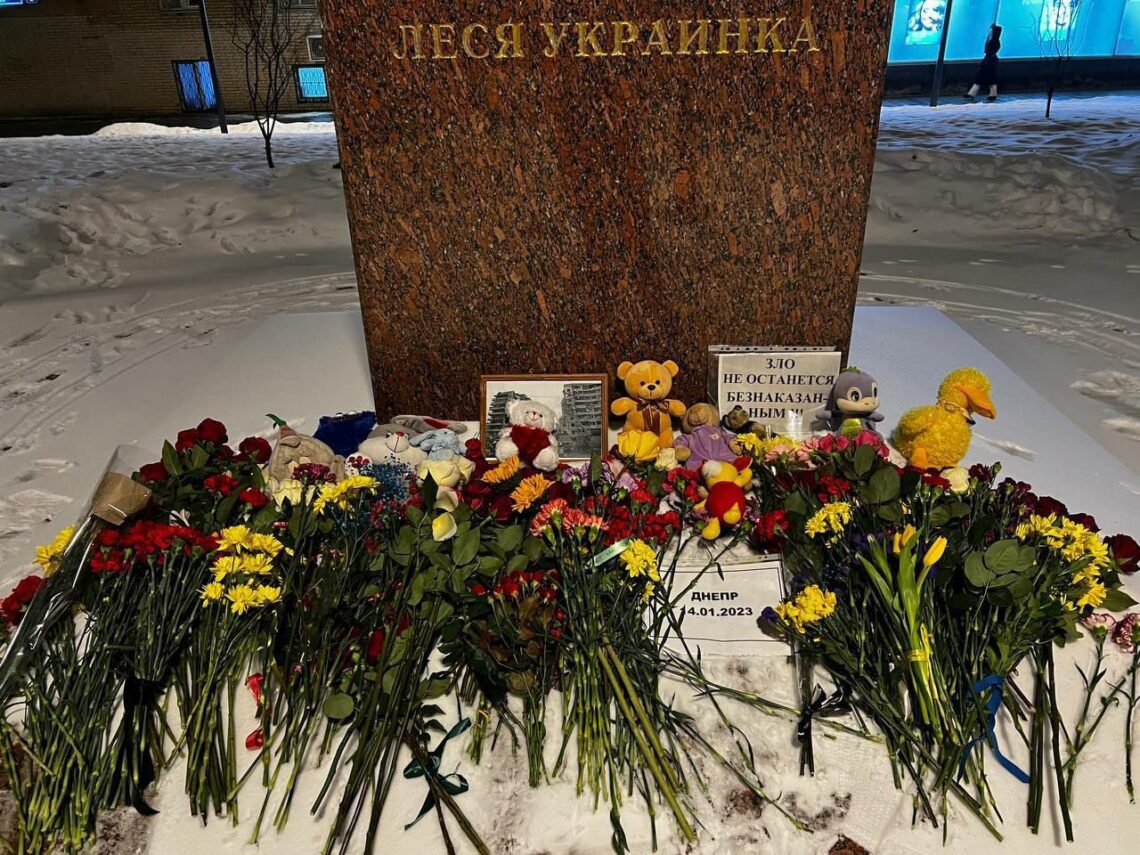 After a Russian missile hit an apartment block in Dnipro, killing over 45 civilians, including 6 children, Muscovites began bringing flowers and children’s toys to the monument to the Ukrainian writer Lesya Ukrainka