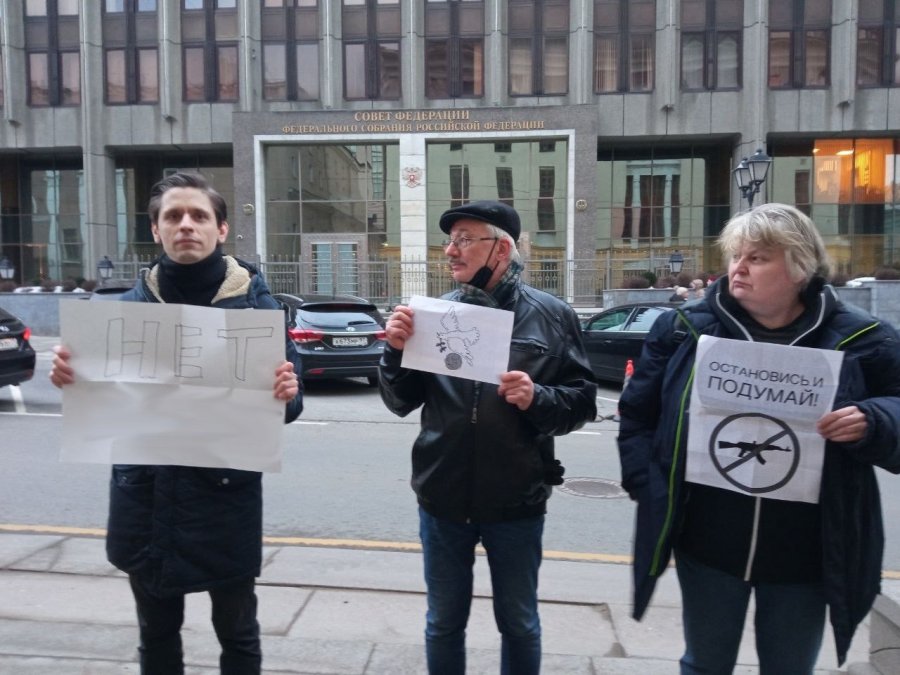 A month ago, on 24 February, 2022, Russia invaded the territory of Ukraine, starting a full-scale war unprecedented in recent history, officially referred to as a “special military operation.”

This war has neither just grounds nor a just purpose. The International Court of Justice of the United Nations recognized the grounds of the “special military operation” declared by Russia as illegal and demanded an immediate end to the aggression and withdrawal of troops. However, the fighting, bombing and shelling continue, leveling cities and vital infrastructure to the ground. Millions of residents of Ukraine have become refugees, many thousands have perished – both civilians (among them more than a hundred children) and military personnel from both sides. The International Criminal Court is already investigating alleged war crimes and other violations of international criminal law.

The war that has broken out in the center of Europe is a consequence and continuation of Russia's long-term refusal to protect the rights and freedoms of its citizens and all those under its jurisdiction. It is a further reminder of the unlearned lesson of the Second World War: a state that grossly and massively violates human rights within its borders, sooner or later becomes threat to peace and international security. The lack of a proper reaction of the international community to these processes during the post-Soviet decades also contributed to the tragic development of events.

With the outbreak of the war, the situation in Russia has developed into a mass persecution of citizens for their antiwar position and for any public expression of disagreement with the authorities. Russian public is deprived of access to non-state sources of information. Independent media and social networks are closed or being blocked. Aggressive propaganda full of hatred is coming from the state TV channels. Laws allowing long-term imprisonment for expressing an opinion have been passed. A call was made at the highest level to “cleanse” the country from “national traitors”.

Under these conditions, we, representatives of Russian human rights organizations, consider it our duty to unite efforts to respond to the most acute threats to human rights.

First of all, it is about the right to live.

Russian citizens are being involved in military operations on the territory of Ukraine, during which they become accomplices in war crimes and die themselves. In addition to military personnel and conscripted servicemen, participation in hostilities, the capture and deaths of military inductees –young people aged 18-20 years – has been officially recognized. As a result of the upcoming waves of conscription and military training, many Russians may become new participants and victims of the war. Our first goal is to help them avoid this, relying on the constitution and Russian legislation, and to assist all those who are illegally forced to participate in hostilities.

Our second goal is to provide legal assistance to the families of the Russian military personnel who find themselves in an information vacuum. For a month, the Ministry of Defense only once, on 2 March, has reported information about the dead soldiers. The Commissioner for Human Rights of the Russian Federation has confirmed only one case of the exchange of ten prisoners of war. There is no official updated information about the dead, about the transfer of bodies to families, about prisoners, about their release or exchange. It is difficult or impossible for relatives to find out what has happened to their sons and husbands, or to receive the bodies of the dead. It is necessary to achieve the inclusion in the official reports of the Ministry of Defense of up-to-dated truthful data on the losses of personnel and prisoners.

The war has generated unprecedented multi-million flows of refugees, people without shelter and means of livelihood. Our duty is to provide them with social and legal support.

It is our common duty to stop the war and to protect the lives, rights and freedoms of all people, both Ukrainians and Russians.

The Manifesto was also signed by several other Russian human rights defenders, whose names are not revealed for security reasons.