Summary of events that took place in Kharkiv and Kharkiv region during the first 30 days of the full-scale Russian-Ukrainian war (February 24 – March 25, 2022) 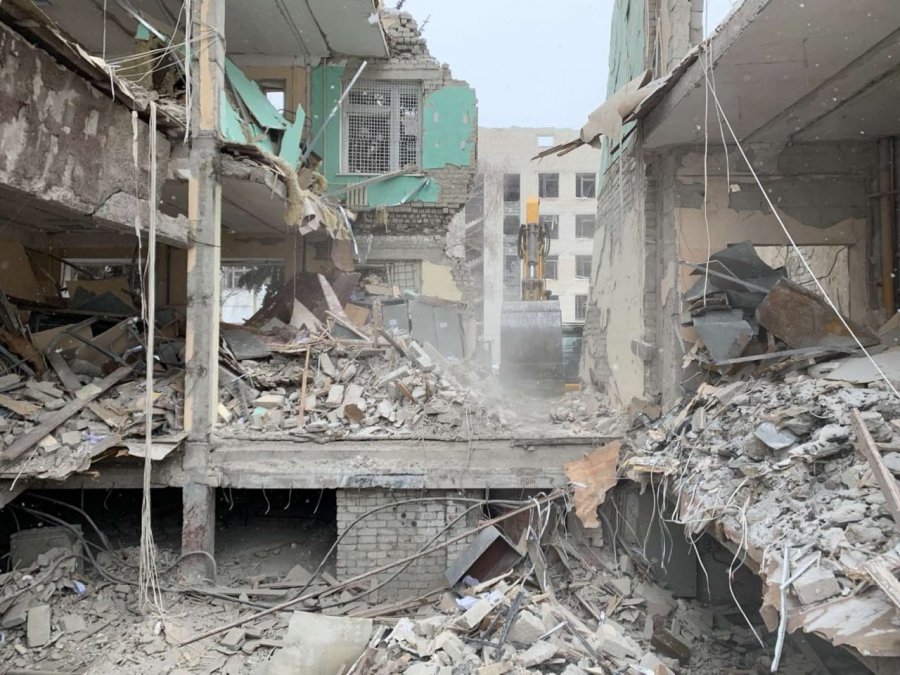 In this article we publish a summary of the events that took place in Kharkiv and Kharkiv region during the first 30 days of the full-scale Russian-Ukrainian war (February 24 – March 25, 2022). The information in this publication is approximate, based on the data we have collected and needs clarification.

A detailed description of the events for the period from February 24 to March 25, 2022 and a link to the original sources of information is contained in the daily chronicles of events for this period. We documented in a database of 562 episodes of 12 types of war crimes allegedly committed this month.

Information collection is ongoing. We ask eyewitnesses to send us information in the attached form.

The city of Kharkiv

There is information about massive shelling of civilian infrastructure and residential areas Saltivka, HTZ, New Buildings.

At least the following areas were also shelled:

Massive shelling of the city of Izium and the Izium district, the cities of Chuguiv, Merefa, Balakliya, and Rohan urban-type settlements was reported in the region.

At least the following settlements were also shelled : 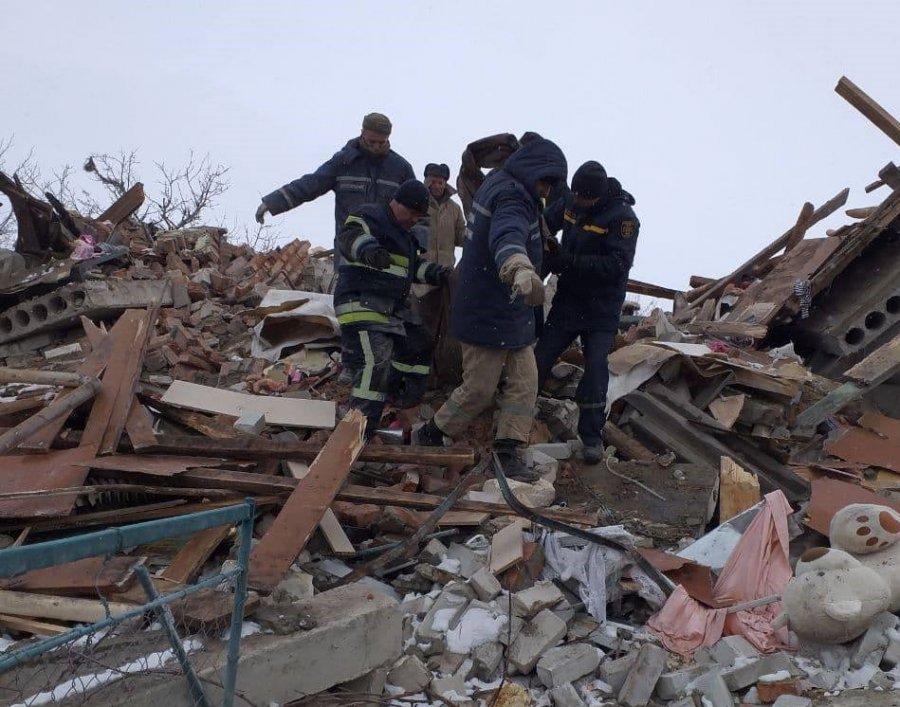 At least 272 civilians died from injuries during shelling and hostilities, at least 392 civilians were injured. These data need to be clarified in the future.

It should be noted the following facts of death.

On March 1, 2022, Marina Fenina, a member of the OSCE Special Mission, was killed in shelling in Kharkiv .

On March 2, 2022, during a shelling of the Kharkiv City Council , Natalia Skibina, a student at the Kharkiv Theological Seminary who died volunteering and packing medicines for hospitals, was killed.

On March 10, 2022, Maryna Osipenko, a deputy of the Balakliia City Council , died under the rubble .

March 14, 2022 during the shelling of the Central Park. M. Gorky was killed by a volunteer who was distributing humanitarian aid from a car in front of the park.

Anton Khrustalov, a volunteer and driver of a minibus evacuating people, was killed during the shelling of the Saltivka district from the Grad MLRS.

On March 18, 2022, a 96-year-old former prisoner of Nazi concentration camps, Boris Romanchenko , died as a result of shelling by the Russian occupiers of Kharkiv . A Russian shell hit his house.

On March 23, 2022, the secretary of the village council Halyna Kursachova died as a result of the Russian shelling of the town of Staryi Saltiv . 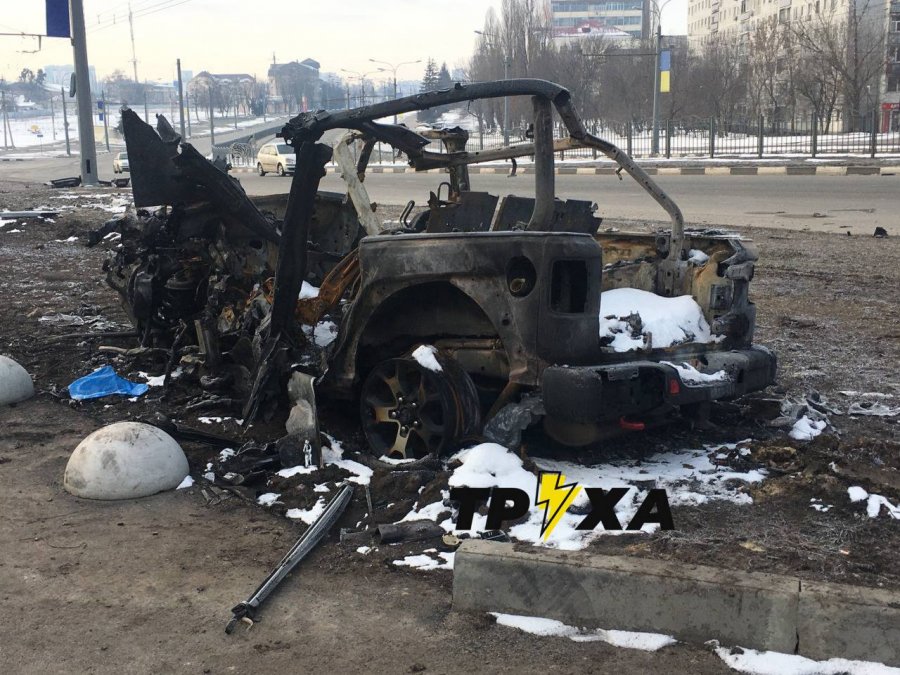 3. Information on residential buildings and civilian infrastructure damaged by hostilities

At least 909 buildings, including infrastructure objects of various purposes were damaged as a result of artillery shelling and hostilities:

These data need to be clarified.

It was also reported that as of March 23, 1,143 infrastructure facilities were destroyed in Kharkiv , of which 998 were residential buildings.

4. Information on disappearances and abductions of Ukrainian public servants, public activists and other persons

During the documented period, information is available on the disappearance of several persons, including at least 1 child (born in 2009).

On March 1, 2022, during a peaceful rally of the residents of Kupyansk, Kharkiv region, against the occupation of the city by Russian troops, the deputy of the city council Mykola Masliy disappeared.

On March 21, 2022, the Russian occupiers abducted the head of the Tsyrkunivka village, Mykola Sikalenko. It is reported that he was taken to the occupied Liptsy. As of the morning of March 25, 2022, Mykola Sikalenko is still in captivity in an unknown place. 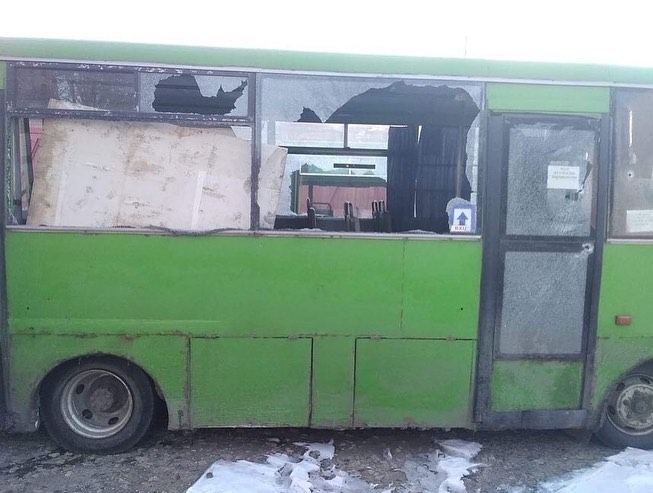 According to the analyzed data , in the Kharkiv region as a whole, during the first 30 days of the full-scale war, it was announced that 10 humanitarian corridors would be opened for evacuation of people and import of humanitarian cargo. Of these, only 4 corridors were fully or partially operational.

It was reported that on the night of March 13, 2022, the Russian military probably looted the emergency department in the village of Petrovske, Balakliia community. According to the report, "Russian invaders knocked on the door, stole medical equipment: a defibrillator, an EKG machine, a suitcase with medical devices and a car battery," and "all other property was smashed and smashed."

It was also reported that on March 15, 2022, servicemen of the RF Armed Forces entered the garage of a resident of the urban-type settlement Chkalovske, Chuguiv district, Kharkiv region. Seeing the man, one of the Russian servicemen shot him with an automatic weapon. The man died on the spot. After that, the military aggressor took the deceased's phone, money, his Volkswagen T4 and fled.

The analysis of the collected information gives grounds to claim that there were deaths and injuries of civilians, destruction and damage of civilian objects – residential buildings and infrastructure facilities due to deliberate and indiscriminate shelling.

The analyzed information also suggests that there were probable cases of enforced disappearances, captures of civilians, violations of humanitarian corridors and attacks on humanitarian aid and columns, volunteers, looting, murder and others.

Thus, in our opinion, for the first 30 days of the full-scale Russian-Ukrainian war in the Kharkiv region, 12 types of alleged war crimes were committed, which in general can be described as follows:

obstruction of humanitarian missions in the delivery of water and food.