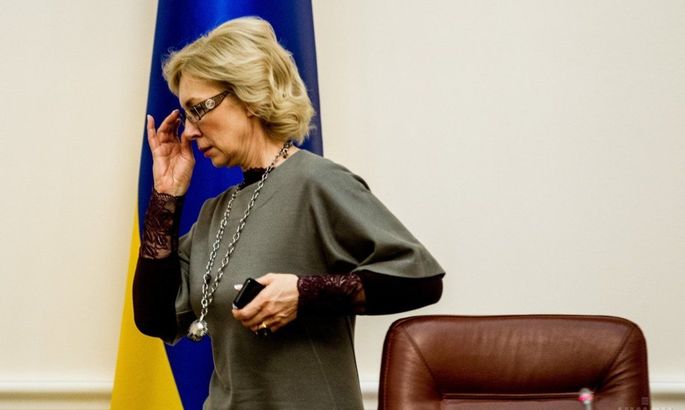 Ukraine is waging war every day. It fights to protect, first of all, the values that cause the orc army to barge in from the orc lair, for which those values are unacceptable and dangerous. Those are the values of freedom, independence, democracy, opportunities to make choices and not tolerate authoritarianism.

Exactly because we have those values and protect them, we are sent weapons and recon data in assistance, modern means of fighting the orc army, because of this Ukraine survived for those 95 days and has real chances to achieve the breakthrough in this war and win, receiving the help from the allies.

But only if we ourselves do not turn into Putin, breaking independent institutions, stifling and simply throwing  out of broadcast channels the opposition media, which, though being national-patriotic, are controlled by the opposition and criticize the authorities.

And here is the question: why give weapons and protect those who destroy the fragile tools of the democratic society with their own hands?

Commissioner for Human Rights of the Verkhovna Rada of Ukraine. This institution was created in Ukraine in 1998, under polite pressure and with the assistance of the Council of Europe, which advised, helped draft the law, provided expert assistance and worked out the Ukrainian model.

But that institution was sort of cursed, since the very beginning, only parliamentarians who had a relatively theoretical idea of human rights protection, but tried to hold this position, began to compete for this position, shoving each other away, including on the legislative level. That is why even now the current law contains the norm of age requirement of 40 years, and it is enshrined because Nina Ivanivna Karpachova, born in 1957, in 1998when the law was developing and was approved and the first elections took place, was exactly 40 years old, and she was the initiator of such age requirement in the law…. The other real candidate, also a member of Verkhovna Rada, by the way, the author of a fine bill on the Commissioner, Sergiy Kirichenko, has not reached that age, and was eliminated because of his youth, he went on a hunger strike in protest, grew a beard – also in protest or to look forty years old, who knows…. Maybe, he cursed theat institute, because it is cursed now.

Nina Karpachova did the most for the physical development of the Office of the Commissioner, the building on the Institutska street is her merit, as well as renovation with a claim to luxury, she even seriously talked about creating a Palace of Human Rights in Ukraine in contrast to the Council of Europe Palace in Strasbourg. but it didn’t come to that. Again, Nina Karpachova was not politically neutral – in 2006 during the Parliamentary elections she was among the first five members of the Party of Regions, headed then by Victor Yanukovych...

Regarding the ambiguity of the figure of the first Commissioner, we note the remarkable role of Nina Ivanivna in the ratification by the Verkhovna Rada of the European Convention on Human Rights. Her ability to negotiate convincingly behind the scenes among parliamentarians was indeed an important factor on the night when, on the third attempt, she voted in favor of this truly fateful decision to ratify the European Convention.

The Party of Regions, represented by Nina Karpachova in 2006, because of Nina Ivanivna's exclusive support for the persecuted opposition member Yulia Tymoshenko, and thus the “betrayal” of the party’s loyalty to the regionals, called for another parliamentary ombudsman to be elected in 2012 instead of Nina Karpachova. – Valeria Lutkovska. The pressure on the Parliament during the elections was crazy, for us personally the indicator was the presence of Yura “Yenakievsky” on that process, who was present in Parliament once or twice physically, but here he was recruited and became a battle bayonet, who promoted the candidate from the Party of Regions. Opposition parliamentarians who opposed Valeria Lutkovska’s opposition to her election in 2014 have not forgiven such an election since 2014 after the Maidan victory, and, despite her achievements on this position – the creation of the National Preventive Mechanism, extension of the function of parliamentary control to the field of personal data protection and access to public information, development of the network of regional representatives of the Commissioner, active cooperation with the human rights environment, active work at the international level, established practice of preparing annual reports of the Commissioner – in spring 2014 the people’s deputies demanded Lutkovska to be dismissed from the position of the Commissioner. The funding was cut, the Verkhovna Rada stopped listening to the Annual report (in Lutkovska’s case it was listened to in Parliament only once in 2013!), but the Office of the Commissioner of VRU continued working, and the Parliament “forgot” to timely, correctly and transparently hold the procedure of election of candidates, instead, in 2017 it tried to “push” and appoint a candidate who was already elected, it was Lyudmila Denisova. And it really reminds of the current situation, when a party of obedient button pushers plans to appoint its candidate. But in 2017 there were not enough votes for that decision, and there had to be control over the deputies who could not “make up their mind”, for which changes were also made in a crooked way to the legislation and the norm of open voting was adopted, and not voting by ballot, as previously defined. The process of “pushing” and introducing the changes to the legislation on the elections of the Commissioner lasted between June 2017 and March 2018.

Healthy parliamentarism along with human rights activists opposed this murky process, in particular, Valery Patskan, who headed the then Human Rights Committee of the Verkhovna Rada, stood to the last until he was seconded to the Accounting Chamber for a good job. Some say, it came as an exchange for his agreement for the candidacy of Lyudmila Denisova, who after that was quickly elected by the new procedure on 15 March 2018. Such is our parliamentarism.

We should note here that the process of changing the Commissioner was, as, for example, in 2012, when Valeria Lutkovska came to Office, the resetting of all previous work and building your own strategy, placement of new staff, cleaning up old staff. Which, of course, was not beneficial for the development and growth of the institution of the Commissioner. And the staff was not replaced by better one in every case, the institution memory was being lost.  The previous history was eliminated, all previous materials on the website were deleted, the situation reminded of dealing with the defeated enemy and the total purge, each new Commissioner even created her own logo… Maybe, Kirichenko’s curses, hunger strike and beard continued to show.

As one could see, all three Commissioners were politically dependant and essentially politically appointed. Each of them was efficient in various directions of work, the very position of the Ombudsman “pulled” through mandate each Commissioner to the standard of building the work, although each of them could be criticized for various moments. But. But today we have an accredited institution with “A” status, which means full compliance with the Paris Principles, which are put forward to the national institutions for the protection of human rights. That status was received back in 2009 by Nina Karpachova, but also during the cadence of Valeria Lutkovskaya and during the cadence of Lyudmila Denisova, the Office of the Commissioner confirmed this status by appropriate re-accreditation.

Since 2019 the human rights protectors urged, among other issues, the development of amendments to the legislation on the VRU Commissioner for Human Rights, in order to put into practice the principles of selection of worthy candidates who have good human rights experience, authority in the human rights environment and do not depend on political or administrative will of those who are at the political helm at the time of the election of the next Commissioner or can apply for this position from those who press buttons in the parliament. Unfortunately, that process did not take place, and the attempts of holding it were nothing else but the bills directed against the current Commissioner, one of which did not reach the voting chamber.

The attempts to fire Lyudmila Denisova never stopped. Since no legal reasons for that existed, they had to be created. It was necessary to consolidate the norm “The Verkhovna Rada does not like Lyudmila Denisova as the Verkhovna Rada Commissioner for Human Rights and therefore she should be fired”. Such absurd norm was consolidated in the law on 12 May 2022. The law “On the legal regime of martial law” was purposefully adopted for a single purpose – to create the appearance of legal grounds for termination of the Commissioner’s powers. I recommend the authors of this law to carefully read the decision of the European Court “Volkov v. Ukraine” and be ready to receive the decision “Denisova v. Ukraine”, UHHRU is ready to provide legal support to this strategic case where the winnings lie on the surface. That’s by the way.

On 30 May it became known that the people’s deputies want to use that new law, by proclaiming mistrust to Denisova after an instruction from Bankova street. If it happens, the independence of the institution of the Commissioner can be buried and forgotten. That independence survived in the winter months of Maidan, and later – in spring 2014 in opposition to the whims of parliamentarians. It was defended. The law defeated the arbitrariness.

Today the arbitrariness tries to defeat the law.

We are asking that our foreign partners help us with weapons, so that we have the opportunity to protect our and European values. But meanwhile our parliamentarians secretly destroy those values, adopting the laws directed NOT ON THE DEVELOPMENT, and taking unlawful steps, directed at destruction of the institution that slowly develops its independent existence. And here we don’t have the right to be silent.

This should not be the procedure for revoking the mandate of the Commissioner. This is a direct violation of the law. Without assessing the positive or negative things that have been done by the Commissioner during her term. Without hearing the annual report in Parliament and the possibility of discussing human rights issues, which are identified in the recommendations made by the Office of the Commissioner.

This is not how the process of selecting candidates for the position of the Commissioner should start. Without any consultation with the human rights environment. On the instructions of Bankova, as in the days of Yanukovych.

Yevhen Zakharov, Chairman of the Board of the UHHRU, Director of the Kharkiv Human Rights Protection Group