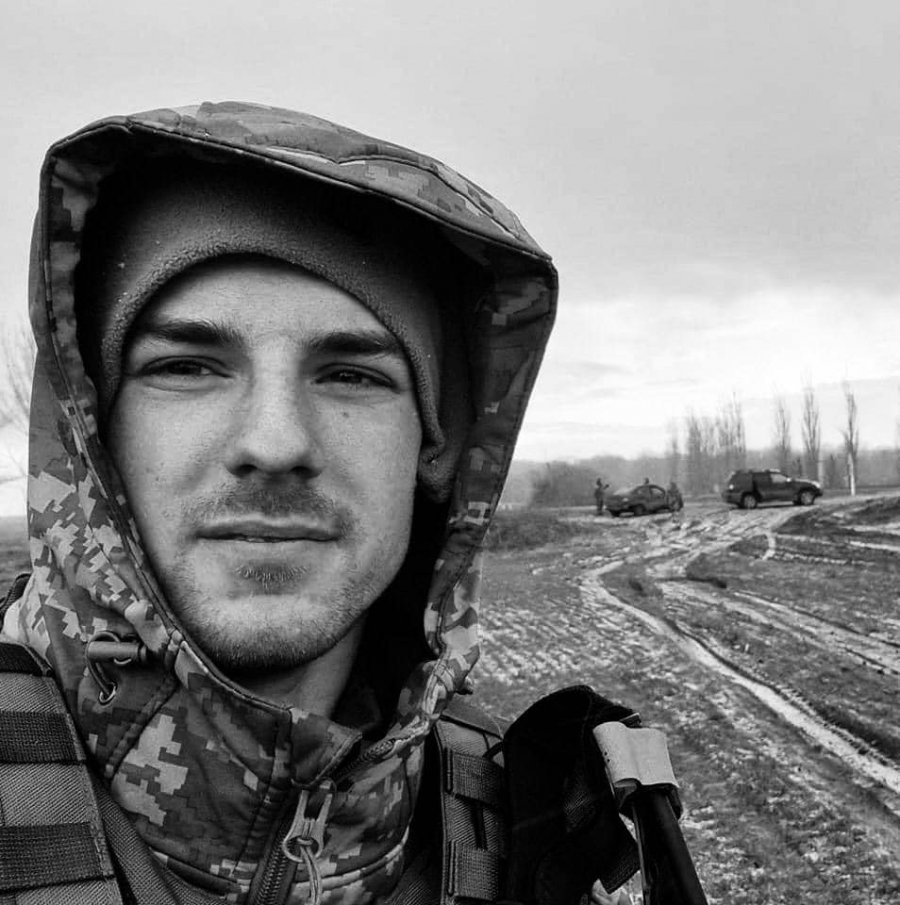 Roman Ratushny was killed in battle on 9 June, a month before what should have been his 25th birthday.  The well-known civic activist had joined in the defence of Kyiv from the first days of Russia’s full-scale invasion of Ukraine, and was serving as a military intelligence officer for the 93th Mechanised Brigade ‘Kholodny Yar’ when killed near Izyum in Kharkiv oblast.  Russia has inflicted immeasurable suffering on Ukraine, and each day brings new tragic loss.  The Russian invaders who killed this young man may not have distinguished him from other Ukrainian victims, but it is surely true that Roman Ratushny represented everything that the Russian regime is trying to destroy in Ukraine.

Aged just 16, Roman took part in the Revolution of Dignity (the Euromaidan protests) and was among the students savagely beaten by Berkut enforcement officers in the early hours of 30 November 2013.  The then President Viktor Yanukovych had hoped to crush the Maidan movement through that act of savagery.  Instead, it was from then on that more and more Ukrainians came out each day in protest.

After Maidan, Roman continued his civic and environmental activism and became the leader of the civic initiative ‘Save Protasiv Yar’, campaigning against the illegal (corruption-linked) construction of high-rise buildings in a green zone in Kyiv.  The campaigning was eventually successful, but only after countless protests, court proceedings and after Roman himself and other activistt received death threats from Hennady Korban, the rich businessman who had succeeded in getting an illegal permit for development work.  Despite an appeal from a number of Ukrainian human rights groups, including KHPG, the enforcement bodies did nothing to investigate the threats.

While the Revolution of Dignity led to the end of the Yanukovych regime, it did not remove all of the problems that civic activists have faced in Ukraine.  There were major protests outside the Office of the President in March 2021 after an extremely controversial sentence against Odesa activist Serhiy Sternenko.  Ratushny was one of the people present at the protest who faced prosecution for his involvement.  He was charged under Article 296 § 4 of Ukraine’s Criminal Code with ‘grave infringement of public order’.  Roman acknowledged being at the protest but denied the specific allegations which appear to have been based on questionable evidence.  He was briefly held under house arrest.

As soon as Russian began its total invasion on 24 February, Roman joined in the defence of Kyiv, where he joined the 93rd Motorized Brigade ‘Kholodny Yar’.  He took part in the liberation of Trostianets in Sumy oblast, and had fought there and near Izyum in Kharkiv oblast.

We will definitely build a park at Protasiv Yar.  A park where, in Roma’s honour, we will plant an oak tree.  A park which we are sure will be named in Roman Ratushny’s honour.”