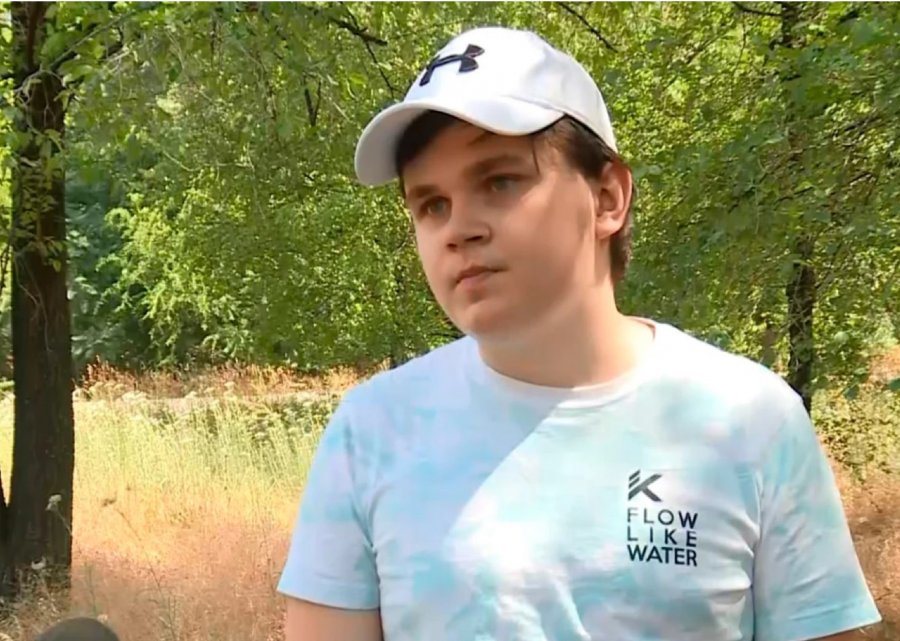 Vlad Buriak, the 16-year-old son of the Head of a Zaporizhzhia District Administration was released from Russian captivity on 7 July  almost exactly three months after Russian soldiers abducted him.  He is now safe, and with his parents.   The Russians did not physically torture him, but the psychological impact of his captivity must be grave, not least because he was forced to clean up the blood, etc. in the room that the Russians used as their torture chamber.

As reported, Vlad Buriak was seized on 8 April at a Russian checkpoint near Vasylivka, while trying to evacuate to Zaporizhzhia, together with two women and three small children.  The Russians saw the young lad in the back seat doing something on his phone and demanded to see it.  His father reported a little later that the Russians had found some videos on his phone, such as where Russian soldiers (who had surrendered or been caught) had been given phones and had rung their families, asking them to get them home and telling them what was happening in Ukraine.  It is also likely that the Russians understood who Vlad’s father was and abducted him, as kidnappers do, because Oleh Buriak’s position raised his son’s ‘value’.

The Russians pulled the lad out of the car, aimed a machine gun at him and started asking questions.  Then the soldier questioning him went up to other soldiers, after which another Russian turned up in a car.  The latter kept in contact and, over a week later, turned up in Vlad’s cell and allowed him to ring his father, so that at least his parents knew he was alive.

Vlad was questioned at the checkpoint for some time, and then made to get into their car.  The soldiers told the women he had been travelling with to leave or face also being imprisoned.

The 16-year-old was held for the next 48 days in a cell by himself in the isolation unit at the Vasylivka police station.  He recalls that he was so traumatized by everything that had happened that he simply fell asleep after being thrown into the cell alone.  That evening, the same Russians from the checkpoint turned up and started asking him questions, even suggesting that he was involved with the Ukrainian Territorial Defence.

It seems they gave up after around 15 minutes, though their words about supposedly releasing him the following day and letting him go to Zaporizhzhia proved a cruel lie.

The conditions were appalling.  The toilet in his cell didn’t work and he was forced to get water into the bowl he ate from to wash the toilet basin.  He was allowed outside for only 15-20 minutes a day, with an armed Russian standing nearby, and was able to wash for the first time after two weeks.

At only 16, the solitary confinement must have been terrible, as was the realization that he was quite alone, without his mother or father. The fact that they did not physically torture him was only a partial relief, as he was able to see clearly that they did not spare anybody else.  All of the people imprisoned at Vasylivka, aside from him, were beaten and tortured.  “You begin to realize that tomorrow they can turn up and do the same to you.  That is very frightening.”

The worst was hearing the screams and groans as they tortured others. They also made him clean up after their torture.  He recalls how he would come into that room, where a person was hanging from the ceiling, on wire.  Blood would be dripping down, with the floor covered in it.

Vlad says that the ‘interrogations’ were both of POWs and of civilian hostages, and that he both saw and heard that they were applying torture.  In one interview, he explains that he was able to speak with the victims, seemingly POWs, and learned about the torture in detail.  He mentions beatings, the use of electric currents, “etc.”

This continued for 48 days, after which they took him to a hotel in Melitopol (also currently under Russian occupation) where he was held for a month and a half before finally being released. 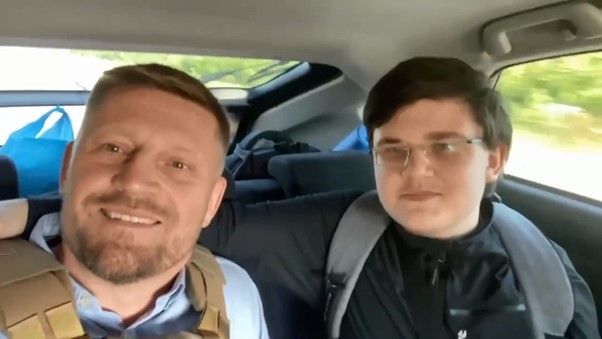 Oleh Buriak spent the entire 90 days trying desperately to secure his son’s release.  As reported, the family first kept silent for almost 10 days, hoping that they could get Vlad freed and probably fearing that publicity could endanger the lad.  Having exhausted all possibilities, on 17 April Oleh Buriak issued an impassioned appeal to the international community to help save his son.  His call was seconded on 18 April by Oleksandr Starukh, Head of the Zaporizhzhia Regional Military Administration.

The full details of Vlad’s release, and that of others, must probably wait until the invaders are finally driven out of Ukraine.  For all his ordeal, Vlad is now one of the lucky ones in having been released.  Russia is holding a huge number of civilians and POWs, in so-called ‘filtration camps’, in the SIZO [remand prisons] in occupied Crimea or Russia.  In very many cases, people have simply disappeared, with their whereabouts unknown.

The new information is from interviews given to Vikna.tv and to Current Time