Russia is waging a bloody war against Ukrainian childrenRussia "demilitarizes" Ukraine by killing at least 45 children and bombing over 200 schools in Kharkiv region aloneRussia kills at least 240 Ukrainian children, forcibly deports thousands of others Russian invaders abduct 16-year-old son of a Zaporizhzhia regional head Russian invaders abduct Mayor of Prymorsk Oleksandr Koshelevych after first taking his elderly father hostage Russian invaders intensify abductions and terror against Ukrainian civic activists and journalists Russian invaders are killing abducted local leader in Kherson oblast, with terror methods escalating Russian soldiers shoot at Kherson protesters demanding that Russia get out of Ukraine Terror and abductions as Russia tries to break Ukrainian resistance in Kherson and other occupied citiesUkrainian journalist Oleh Baturin feared abducted by Russian invaders in Kherson oblast Mayor of Melitopol Ivan Fedorov abducted after refusing to collaborate with the Russian invaders Russian priest arrested and prosecuted for sermon opposing Russia’s war against Ukraine Russia effectively admits it deliberately bombed the maternity hospital in Mariupol that killed three patients, including a childRussia brings grotesque propaganda to Berdiansk after Ukrainian journalists refuse to collaborate Russian invaders murder Ukrainian volunteers Impassioned appeal from Ukrainian Muslim leader in face of Russia’s war to destroy Ukraine Russia is forcing Ukrainians from occupied Crimea and Donbas to fight in its invasion of Ukraine Children among the dead after Russian invaders opened fire on fleeing civilians Russia installs its propaganda TV after seizing Kherson and imposes 15-year sentences for reporting its invasion of UkraineUkrainian survivors of the Holocaust demand Putin and Russia get out of Ukraine
• Topics / War crimes 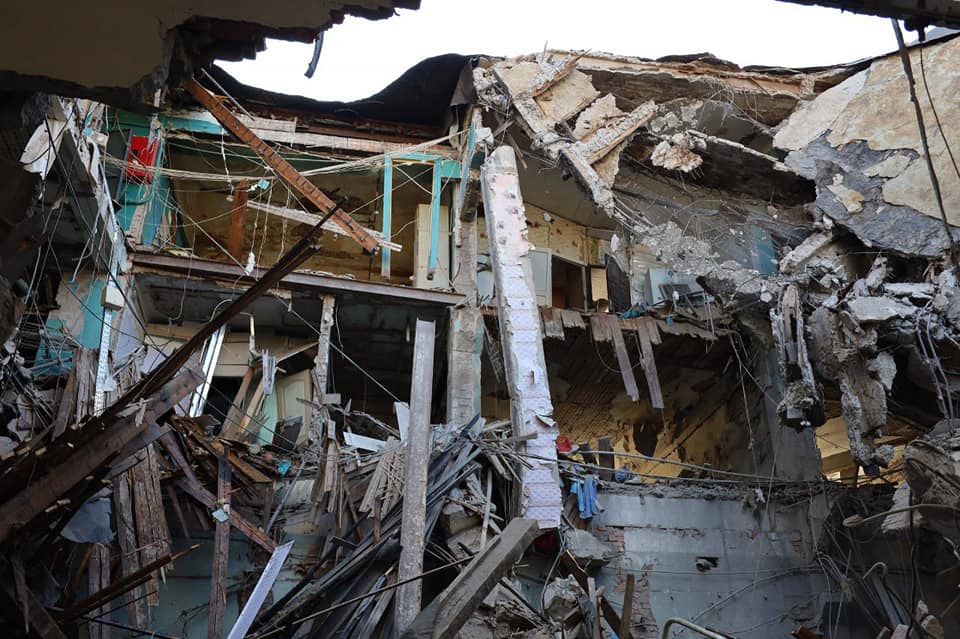 Russia launched a massive missile strike on Kharkiv and Krasnohrad (Kharkiv oblast) in the early hours of 18 August, killing at least 17 civilians, including an 11-year-old child.  It was, as the Kharkiv regional governor Oleh Syniehubov commented, an act of terrorism, in total violation of the laws of warfare.  This was not the first time that Russia reacted to embarrassing military failures by bombing overtly civilian targets, and the missiles seemed like revenge for the attacks on Russian military targets and supply lines in occupied Crimea on 9 and 16 August.  Civilians are ‘easy’ targets, and if the aim is pure terror, then any victims will do.

Russia, of course, has a different story.  The Russian defence ministry claimed on Thursday that that it had used “high-precision” weapons to hit a “temporary base of foreign mercenaries in Kharkiv” and that it had killed 90 “fighters”.

At 4 a.m. on Thursday morning, a Russian missile hit an apartment block in Krasnohrad, killing a couple, and seriously injuring their 12-year-old daughter, who was thrown from the building by the power of the blast.  Two other residents werealso injured. 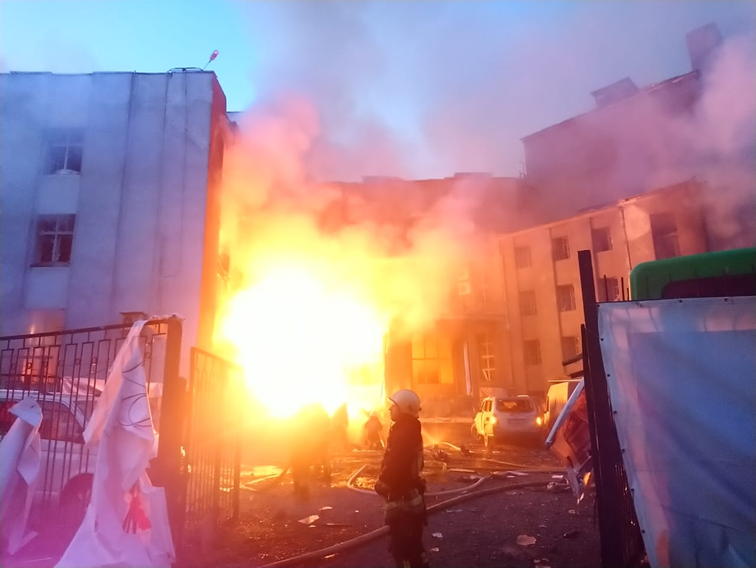 An hour later, two Russian missiles hit a tram depot in the Slobidsky district of Kharkiv and a hostel next door.  Three people were killed and 18 injured, including two 13-year-old children.

This was one of two hostels that were hit on Thursday morning.  In the other strike, an 11-year-old boy was killed.

As of late afternoon, Syniehubov reported 17 dead and 42 injured.  Many of these injuries, even if they do not prove fatal, will likely change people’s lives forever.  In a moving post, entitled ‘The war and children’,  the Kharkiv Regional Children’s Clinic reported a huge number of injuries, including to internal organs, that a 14-year-old child had sustained.  “One child has [suffered] all of this”, they wrote.

Russia has failed to seize most of Kharkiv oblast, but its relative proximity to Russian territory makes it easy for Russian bomber planes to swiftly bring death and destruction.  As the Ukrainian Emergency Services pointed out in this case, many of the victims are people who are elderly or have limited mobility and cannot move, or at least not quickly, to bomb shelters or basements.  There was no military target anywhere in the vicinity, they stress.

“All of the attacks that Human Rights Watch documented were carried out in populated areas indiscriminately including using explosive weapons with wide area effects and widely banned cluster munitions in apparent violation of international humanitarian law, or the laws of war.”

Out of eight attacks documented either in Kharkiv or in nearby Derkachi, at least five hospital buildings were damaged.  In three of the eight cases, including two involving attacks on hospitals, Russia had used prohibited cluster munitions.

HRW also quotes a report from 22 June by Médecins Sans Frontières (Doctors Without Borders, MSF), which is treating war-wounded across Ukraine.  This concluded that the fighting is “being conducted with an outrageous lack of care to distinguish and protect civilians.”

Although the attacks in the early morning of 18 August were especially intense, Russia has been bombing the Kharkiv oblast on an almost daily basis.  In the vast majority of cases, the missiles or shelling are so far from any possible military site that it is hard to believe that civilians were not the intended target.