Conflicting values and conflicting narratives: the case of Russia’s war on Ukraine 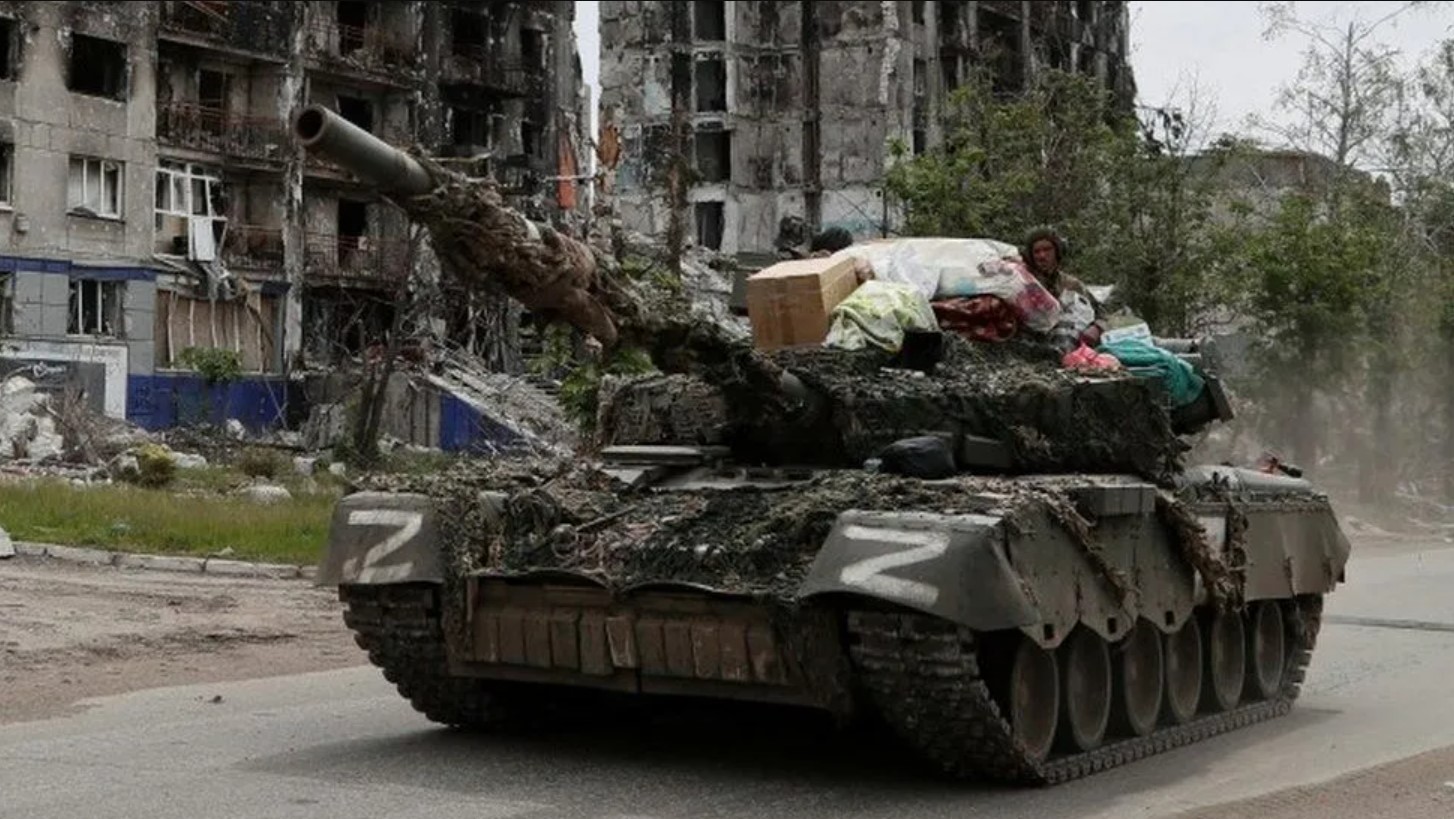 Paper presented on 4 August at a session of the conference on peace held by the Universal Peace Federation in London. The title of the session was “Conflicting Narratives and Values – Perspective for a Common Vision and Peace Culture”.

Internal conflicts and wars between neighboring countries do not suddenly break out from a vacuum as it can be seen in Ethiopia or in Ukraine. They are often the results of ongoing tensions deeply rooted in history or in conflicting and even aggressive narratives. The wars in the Balkans after the collapse of the Yugoslav Federation in the 1990s were the last example of it in the 20th century. National, ethnic, linguistic and religious identities exacerbated by biased and inflammatory narratives in the political discourse, in the media and in school education as well as territorial claims were at the heart of massacres perpetrated for several years in former Yugoslavia. The war between Azerbaijan and Armenia in 2020 is another example of the dramatic consequences of long-standing violent rhetoric grounded in irredentist nationalism.

On 24 February, to everyone’s surprise, the Russian army invaded Ukraine from the north, the south and the east. But this should not have been a surprise. Since the duo Dmitry Medvedev – Vladimir Putin came to power in Moscow, Russia has been waging war ever.

Putin’s narratives in his successive wars

In 1999-2000, Vladimir Putin led the second Chechen war as Prime Minister. His publicly stated goal was the eradication of the Chechen nation. According to Putin’s narrative, it was not a war but a “special anti-terrorist operation” against separatists to preserve the territorial integrity of the Russian Federation. During this operation, the capital Grozny was completely razed to the ground by Russian bombing, to the extent that in 2003 the United Nations called Grozny “the most destroyed city on earth”. Since then, the Ukrainian city of Mariupol has probably overtaken it.

In 2008, Russia fomented the separatist war in South Ossetia and Abkhazia in Georgia, recognised their independence and has since provided them with the so-called protection from its military. Putin’s narrative to justify his aggression was to save the Russian speakers of Georgia.

Since 2014, the Ukrainian territories of the Donbas and Crimea have been wrested from Ukraine. About the annexation of Crimea, Putin’s narrative was that Stalin had attached Crimea to the Soviet Socialist Republic of Ukraine by mistake and the inhabitants of the peninsula were historically Russian. As to the conflict in Donbas, Putin’s rhetoric was that it was an internal conflict between persecuted and discriminated Russian-speaking Ukrainians and their nationalist government in Kyiv but he claimed he was not involved. However, everybody knows that he was using the separatists as proxies to destabilize Ukraine.

In Syria, in 2015-2018, Putin’s war led to massive destruction. Officially, it was to help dictator Bashar al-Assad defeat ISIS and other Islamist terrorist groups. It was also to protect Christians and their churches from these groups and thus appear as the great and only defender of Christianity in the Middle East, especially Orthodoxy, a path that European governments were reluctant to take for various reasons. Vladimir Putin was very publicly thanked by Eastern Orthodox church dignitaries for his military involvement in Syria.

However, behind this official narrative there was also the plan to rid Bashar al-Assad of his various political opponents, at the cost of massacring civilians, destroying homes, hospitals, schools, and infrastructure providing water and electricity to the population. Aleppo became a martyred city and Russia lost its seat on the UN Human Rights Council as a result.

Putin’s narrative is well known and well oiled. He is now applying it in the rest of Ukraine as he has done in all his other previous wars.

In Putin’s narrative, Ukraine as a sovereign state never existed in the past and was called “Little Russia.” The current Ukrainian state is an artficial state run by Nazis, Ukrainian identity does not exist and the Ukrainian language is an offshoot of the noble and rich Russian language, according to Putin. The country must be allegedly denazified and disarmed. Ukraine is part of the Slavic world and therefore part of Russia, just like Belarus, he says. The current Ukrainian state, its language and culture must be destroyed. Its territory must be invaded by war whatever the cost, occupied and Russified again; its remaining inhabitants and their future generations must be colonised. This is the narrative that Putin is serving up to the entire Russian population and to the international community.

The Ukrainian counter-narrative is that Kyiv existed long before Moscow and was the cradle of Orthodoxy, first with the conversion of Prince Vladimir in Kherson by a bishop of the Patriarchate of Constantinople and then with the baptism of his people in Kyiv Rus in 988, while the first written records of Moscow’s existence date back only to 1147, 160 years later.

The war with its cynical procession of terror, war crimes and crimes against humanity enables Putin to depopulate the country through mass migrations to the West and mass deportations of Ukrainians to the East, to Russia. The territories occupied since 2014 have been colonised and Russified. All Orthodox churches that were not under the jurisdiction of the Moscow Patriarchate have been eradicated, as have been other religions which did not recognise the annexation of Crimea and Putin’s rule.

But let us go back to the title of this session, which contains two key words: conflicting narratives. In totalitarian or dictatorial societies, there can be no confrontation of ideas. In the case of Putin’s Russia, there is only one truth: the one of the Leader. Putin has been preparing his war against Ukraine for a very long time. For two decades, he has built up a colossal armament, including nuclear weapons. With the blessing of Patriarch Kirill, he has progressively eliminated religious diversity, for example by criminalising the activities of Jehovah’s Witnesses as extremist. About a hundred of them are in prison for many years and many more are on the same path. Amnesty International and Human Rights Watch have been expelled from Russia. All Russian NGOs receiving money from the West, including the European Union, have been accused of being foreign agents and banned.

The editor of Novaya Gazeta, who was awarded the Nobel Peace Prize in December 2021, had to close his newspaper to avoid going to prison. All independent media have been closed, fined heavily or have survived only abroad. More than 3,000 websites have been closed. A law has criminalized the use of the word “war” in public and private spaces, providing sentences of to 15 years in prison. Public anti-war demonstrations have been prohibited, and even individual silent picketing.

Putin’s instrumentalisation of the Russian Orthodox Church and vice versa

In Putin’s narrative, the claimed Slavic-Orthodox identity of Russia is strongly intertwined. This identity is supposed to be threatened by a decadent West that ‘advertises’ homosexuality, same-sex marriages, gender culture and other so-called decadent values in opposition to the traditional values of the Orthodox Church. A Western world that believes itself to be invested with a civilizational and civilizing mission and that it wants to impose on the rest of the world, including Russia and other Slavic lands, by financing NGOs, human rights organisations and media importing its pseudo-values into Russia. A messianism that has produced genocidal colonialism and supremacist imperialism for centuries, according to Putin. Hence the need to protect, vaccinate and purify Russian society against this Western plague.

Patriarch Kirill and the President have long been staunch allies in this fight against the West and the head of the Russian Orthodox Church has blessed the war on Ukraine as a metaphysical war against evil forces. The growing desire of Ukraine to divorce itself from the Russian world and to make a new life for itself with another partner, the European Union based on democratic values, had become an existential threat to Russia. This ‘infidelity’ in a forced marriage had to be brought to an end. Hence the appalling war we are witnessing.

Let us return to the question in the title of this session “What are the prospects for a common vision of a culture of peace?” What are the prospects in the case of Russia and Ukraine? This question is coming too late because the war is too far advanced and perhaps we should have better worked on this issue in the West and in Ukraine in due time. Maybe the outcome would have been different but maybe not. So, the answer is now very simple and very short: these prospects are nil because the values of Russia and Ukraine have become irreconcilable. At most they could co-exist in their respective territories after the war, behind a cultural iron curtain. Maybe or maybe not.

Without wishing to play the Cassandra, however, I would dare say that there is something more serious ahead. Putin’s war in Europe against democratic values is only the first wide scale assault on the West. The great dictatorial and conquering empires of the past are waking up in Moscow, Istanbul and Beijing. China with its dictatorial regime is on the same path as Putin’s Russia against the expansion of Western values at home and in the world. It may now be time to think about avoiding a new hybrid global war starting in the Pacific.