Auschwitz Death Camp Museum: Indifference is a sign of complicity 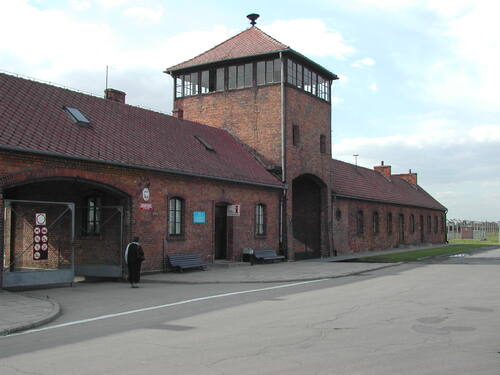 Auschwitz Museum staff speaks in support of Ukraine, which is struggling with the Russian invasion.

“This act of barbarity will be judged by history, and its perpetrators, it is to be hoped, by the International Court of Justice...It is impossible to remain silent while, once again, innocent people are being killed purely because of insane pseudo-imperial megalomania. We express our solidarity with the citizens and residents of the free and sovereign Ukraine and with all Russians who have the courage to oppose this war. At this moment, the free and democratic world must show that it has learned its lesson of the passivity of the 1930s. Today it is clear that any symptom of indifference is a sign of complicity”, says the statement. 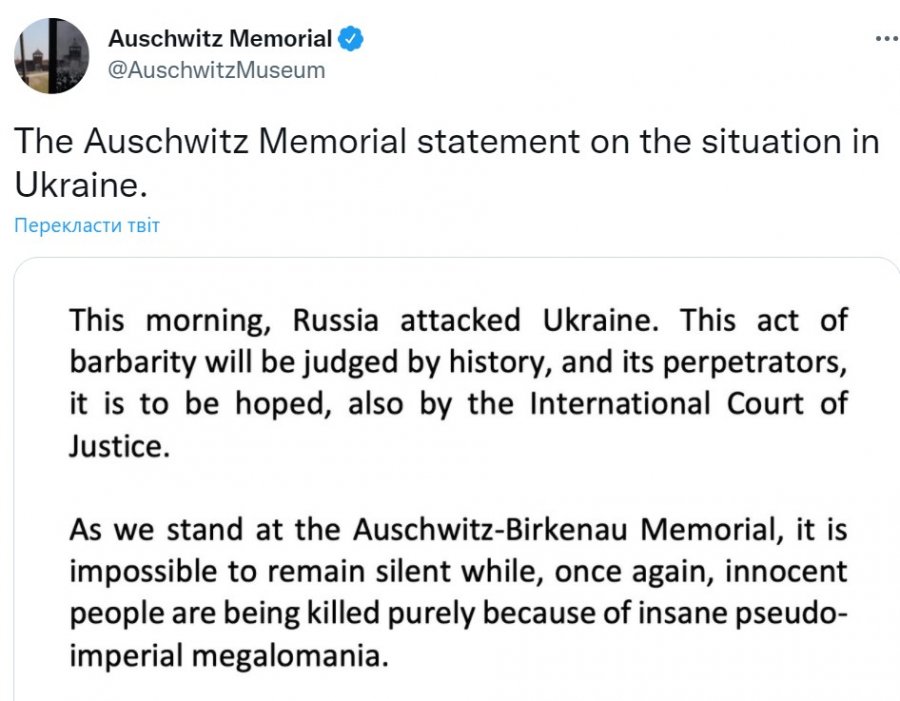