Documenting
war crimes in Ukraine
The Tribunal for Putin (T4P) global initiative was set up in response to the all-out war launched by Russia against Ukraine in February 2022.
• Topics / The right to life

SOS! Save the civilian population in Bucha, Irpin, Hostomel! 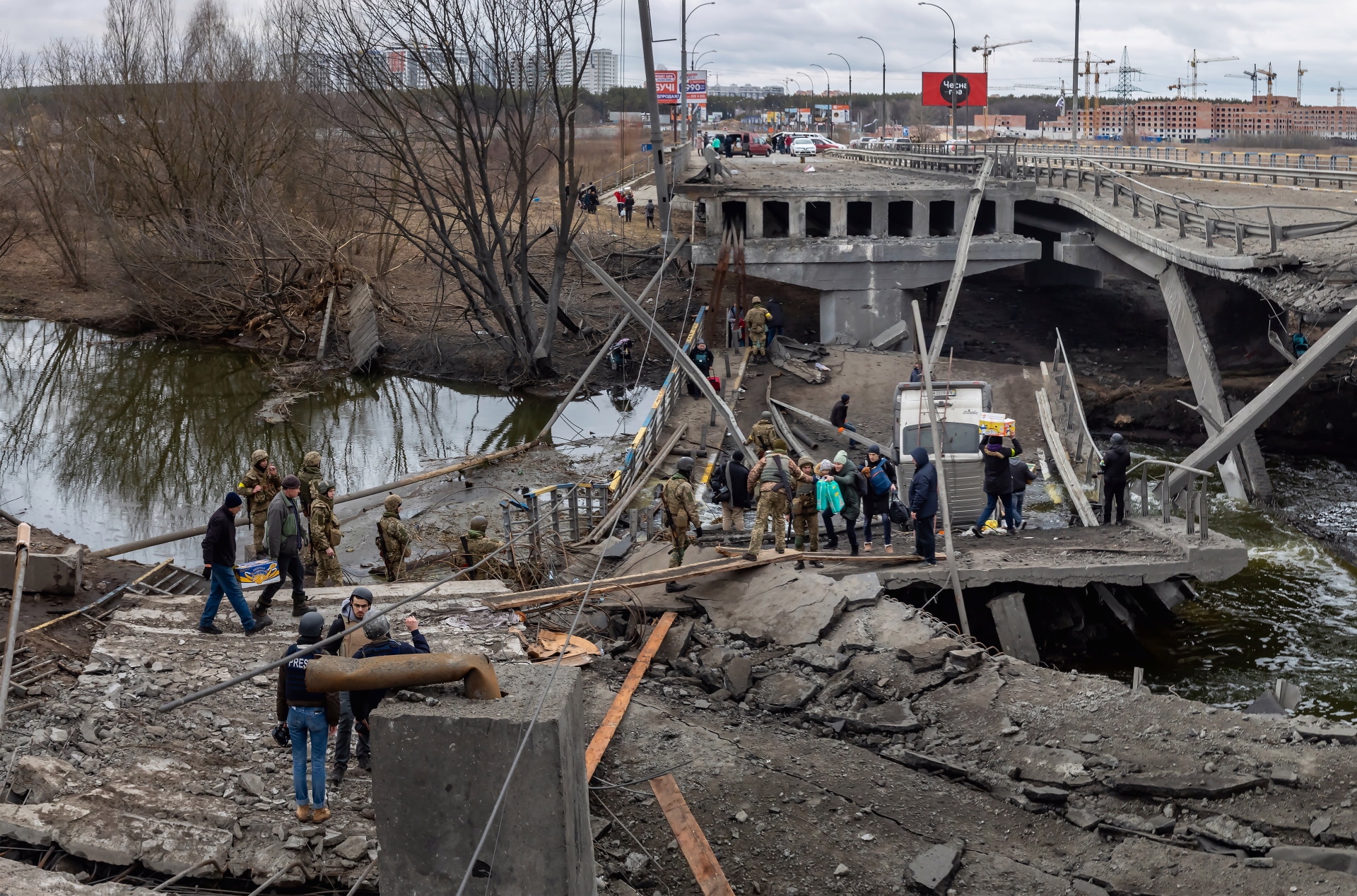 Hostilities are raging in Bucha, Irpin, Hostomel and the neigbouring villages near Kyiv. They are partially occupied by the Russian troops and there is no access to them. The civilians are left there with threats to lives.

Almost all the time people are staying in basements, without electricity, heat, and the ability to replenish food, water or medicine. They are often unable to return to their homes because they have been destroyed by shelling or bombing. It is impossible to help those who are trapped under the rubble, injured and in need of immediate medical care.

The State Emergency Service of Ukraine reports that as of March 7, 2022, 8 am approximately 4 thousand 400 persons are in need of evacuation according to the requests of the local residents in the Bucha district. The residents are located in protective structures, basements of residential buildings, facilities, country houses and trapped under the rubble.

Bucha joint territorial community. More than 1 thousand 200 persons, among them:

Irpin territorial community, more than 850 persons, among them:

The urban village of Hostomel, 800 persons, including at 28 Franka str., 8-A Zhyvopysnyi lane, 3-D Svyatopokrovska str., 3-D and 3-G Nova str. people are trapped under the rubble and are not able to get out on their own.

Borodyanska joint territorial community, more than 800 persons, among them:

To save people, it is necessary to cease hostilities in the area, create humanitarian corridors, allow rescuers to provide help and remove all victims.

Unfortunately, the Russian occupiers are deliberately hiding behind the residents of these settlements, making them hostages and using them as human shields.

We call on the international community, NATO leadership, world leaders, the International Committee of the Red Cross, and anyone who can influence and urge the aggressor state to provide the civilians with the possibility to evacuate from these settlements to safer locations and to prevent a humanitarian catastrophe and new human casualties in this war unleashed by Russia.