Crimean Tatar disappears after Russia accuses him of ‘treason’ for Ukraine 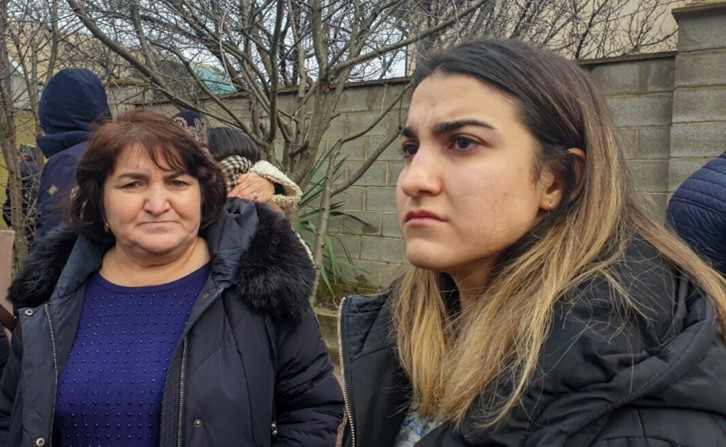 Emil Emirov has not been seen since he was taken away, on 4 March, by the Russian FSB who claimed to suspect the Deputy Head of the Bakhchysarai branch of Crimean Telecom of ‘treason’ and ‘working for Ukraine’s Security Service’ [SBU].  The secrecy over even his whereabouts gives serious grounds for fearing that the 57-year-old Crimean Tatar is being subjected to torture aimed at forcing out whatever ‘confession’ the FSB demand.

Emirov was taken away from his work on 4 March, with neither lawyers nor his family having had contact with him since then. Armed FSB officers also appeared at Emirov’s home that morning  Emirov’s wife, Dilyara, is a doctor at the Bakhchysarai  Maternity Hospital, and was at work, and only the couple’s two daughters, Fera and Aliye were present.

Two men in camouflage gear and with machine guns jumped over the fence and entered the house, saying that they were police officers.  Fera called out to her sister to phone their father, but they took her phone away and said that she could not ring anyone  When Fera tried to run into her sister’s room the armed man grabbed her and put his hand over his mouth.  Aliye concluded, quite understandably, that these were criminals and tried to hide, but was dragged out of her room by one of the men.

The two young women were held in the kitchen, with other ‘officers’ also turning up. They were, at least, allowed to phone their mother, who arrived to find three men with machine guns and two FSB officers, one of whom identified himself as Vladimir Shevchenko.

A ‘search’ was carried out over two and a half hours, although Dilyara had the impression that they took away memory drives, bank cards and her younger daughter’s laptop as a mere formality, in order to take something.

They did not give her copies of either the warrant or the search protocol, allowing her only to photograph the latter   Article 275 of Russia’s criminal code (‘state treason’) was mentioned, though, Dilyara says, “they said that maybe they won’t prove anything.”

They prevented her from calling a lawyer, and so, when they gave her documents to sign, she refused to do so and wrote on the protocol that she had not been allowed a lawyer.

Emirov is not a civic activist, but he and his wife clearly reacted to the events of 2014 “like the majority of Crimean Tatars” with “all our fears proving justified”.  Dilyara says that her husband was very upset by the repression against Crimean Tatars, “as we all were.”

There have been frantic, and fruitless, attempts since 4 March to at least establish Emirov’s whereabouts.  A lawyer, representing the family, has established that the FSB have not appointed a lawyer for him.  The role of such appointed lawyers is generally to sign documents and, most often, to try to persuade the person to admit to whatever charges are laid  The fact that no such individual has been appointed is particularly ominous, with this very likely meaning that the FSB have not officially admitted that Emirov is in their custody, making it considerably easier for them to torture him.

Russia has used such methods since its invasion and annexation of Crimea, with the scale of repression and use of torture having escalated over the last six months since the arrest of Crimean Tatar Mejlis leader and journalist Nariman Dzhelyal and two cousins, Asan and Aziz Akhtemov on 4 September 2021.