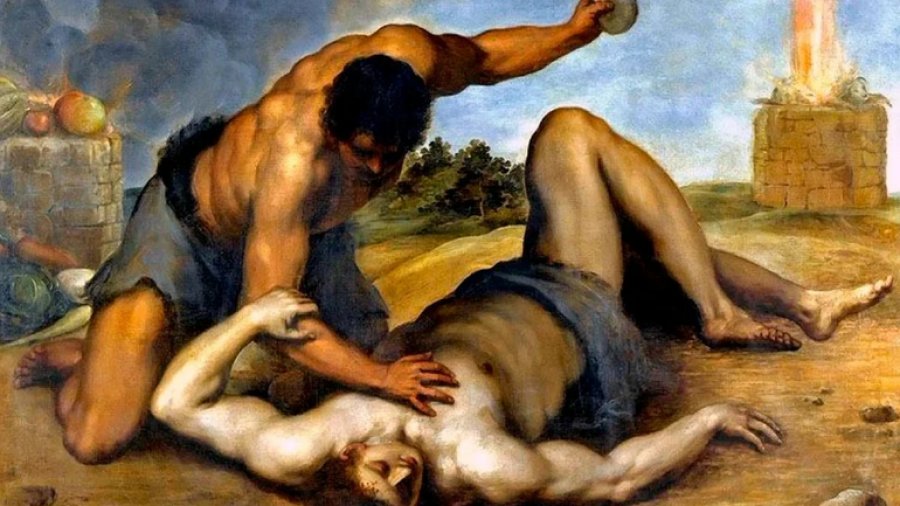 If it weren't for the war, it would be interesting to follow the various forms of Ukrainian reaction to the new Vatican initiative, which is supposed to promote reconciliation between Ukrainians and Russians. In those reactions are sincere pain, and indignation, and deaf silence, and confessional complexes. But also the feeling that Ukraine, its wounds and hopes remain distant for many, and have even become a real stumbling block…

So, the topic is the Way of the Cross, which the Holy Father is to lead at the Roman Colosseum on Good Friday, April 15, 2022. According to the original plan of the Vatican, during "station" XIII dedicated to reflecting on the death of Jesus on the cross, the cross will be held by the families of Ukrainian and Russian women who work together in an Italian hospice. And the text should, in particular, read: “Lord, where are you? Speak amid the silence of death and division and teach us to make peace, to be brothers and sisters, to rebuild what the bombs would like to destroy.”

It was this attempt to immediately reconcile the two peoples that outraged many Ukrainians. However, there is definitely noill will in the position of the screenwriters of the action - there is rather an inability to see the circumstances of this war from the inside, and not just from the outside. Their attitude differs little from that of an Italian Catholic who recently asked me, “We have always known that Ukrainians and Russians are brothers. What happened? Why did they start fighting with each other?” As we can see, the Vatican text also contains the sacramental words: "to be brothers and sisters" (I note that in the Christian sense these words are understandable, but during the war they are too reminiscent of the fictional thesis of Soviet / Russian propaganda about "fraternal peoples").

Well, we know another text that also mentions two brothers: "And Cain said unto Abel his brother, ‘Let us go into the field.’ And while they were in the field, Cain attacked Abel his brother and killed him”(this and all subsequent biblical quotations are taken from Genesis 4: 8–15). How did God react to this? We read: “And the Lord said, ‘What have you done? Behold, the voice of thy brother's blood crieth unto me from the earth. Now you are cursed from the earth, which has opened its mouth to receive your brother's blood from your hand. When you cultivate the land, it will no longer give you its harvest. You will be a fugitive and a tramp on earth.’" As we can see, the Lord's response was neither lenient nor politically correct.

At least two points are important here. First, we see God's willingness to hear the voice of the sacrifice: "Behold, the voice of thy brother's blood crieth unto me from the earth." Second, the Lord recognizes the merit of the curse that falls on the criminal. If the soul of the slain Abel heard these words of God, it could surely feel that they were just.

Therefore, Ukrainians do not feel justice when they hear the words of Pope Francis that reach them these days. Because the Pope states that there are victims and mourns over them in a pastoral way, but he cannot say to Putin: "Here is the voice of your brother's blood calling to me from the earth." And, without naming the criminal by name, the Pope gives the impression that he seeks to separate the criminal from the deserved punishment.

How does Cain react to the situation? First to the question: "Where is Abel?" he lies and tries to avoid responsibility: "I don't know. Am I my brother's keeper?" And when he failed to escape, Cain began to complain about the immoderate punishment: "The penalty of my sin is too great to bear!"

The newest Cain, Putin, is still lying and inventing "decent" reasons for the war against Ukraine, which should bring him out of responsibility. But when horrific war crimes are documented and reported, and their perpetrators appear in court in Nuremberg II, it will be time to complain that "the punishment is too great to bear."

However, Russian propaganda is already spreading the word about the "incommensurability of sanctions", which softens the hearts of many European Christians. They already feel sorry for the Russians and are already trying to protect them from responsibility and punishment. They say that Putin is at war - not the Russian people. And so, they say, why punish good Russians who also suffer? Isn't it better for both nations to shake hands now?

This logic is illustrated by the scenario of this year's Vatican Way of the Cross. Fr. Justin (Boyko) reacted in perhaps not the most eloquent way: "Jesus and Pilate, Ukrainian and Russian, cannot carry the Cross at the same time." Someone may ask: why can't they? My answer is, "Because the cross of Abel (the innocent victim) and the cross of Cain (the repentance of the offender) are different crosses." They cannot be combined, because everyone who wants to follow Jesus must take up his own cross (cf. Matt. 16:24). Ukrainians are already carrying the first cross; the Russians still have to take the second cross onto their shoulders.

Christianity cannot be reduced to sentimental compassion, because it must be just. Compassionate Europeans need to realize that by taking Russians out of responsibility, they are actually doing them a disservice. Because the crime of the Russian state in Ukraine, not understood as a sin and not brought out of the soul through repentance, will inevitably lead to an even worse sin. To truly love the Russians is precisely to reveal to them the scale of their crime, to allow them to be horrified by what they have done, and to direct their souls to sincere repentance before God and men. Only after the collective Russian soul stumbles before the burden of its own responsibility and washes away tears of repentance before the victims, only then will it open the door to the future.

The Germans managed to do this only a good ten years after their defeat in World War II. Whether the Russians will succeed in this - and if so, when - the future will show. We believe that the courageous resistance of the Ukrainian people and international solidarity with Ukraine are bringing this day closer. But this certainly cannot be achieved by overly theatrical stagings, even if symbolic. Not only do they not promote reconciliation, but on the contrary, they harm it.

Therefore, I am grateful to the Head of the UGCC, His Beatitude Sviatoslav, for his explanation: "I consider such an idea untimely, ambiguous and of the sort that does not take into account the context of Russia's military aggression against Ukraine." I am also grateful to the Apostolic Nuncio, Archbishop VisvaldasKulbokas, who stated: "Of course, we know that reconciliation occurs when the aggressor admits his guilt and apologizes."

Vatican commentators are right that "good and bad, aggressors and victims are allowed under the cross of Jesus." For by His sacrifice, He redeemed both the righteous and the sinners. For indeed, "our Father which is in heaven commandeth his sun to rise on the evil and on the good, and sends rain on the just and on the unjust" (Matt. 5:45). Therefore, the cross of Jesus is one.

But our crosses, with which we go to Him, are different: for some it is the cross of sacrifice, for others it is the penitential cross of the sinner. And our garments are different: the innocent slain have "white garments" (Rev. 6:11), and their murderers have blood stains (cf. Isa. 59: 3). And although the love of the Lord is one, He speaks to us differently: to the victims with compassion, and to the offenders with harshness.

And this is the meaning of the Lord's justice.