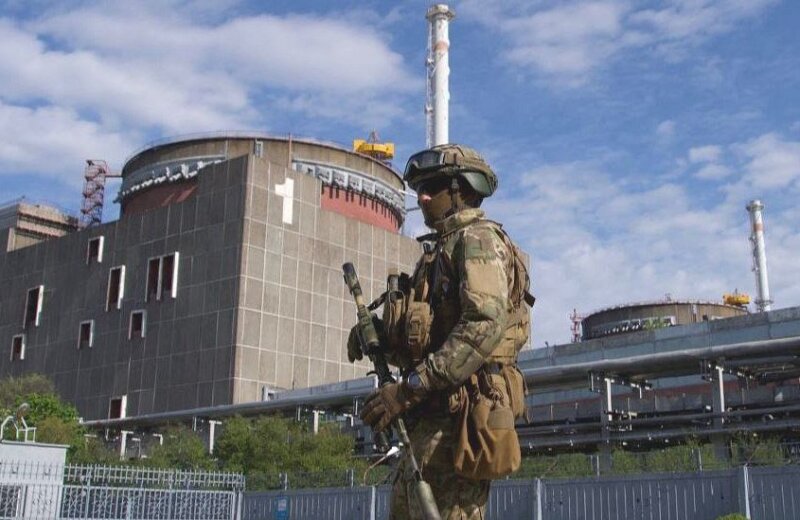 As of late 19 July, three safety officials from the Russian-occupied Zaporizhzhia nuclear power plant had been abducted over recent days.  Ukraine’s Enerhoatom may well be right that such abductions are aimed at destabilizing the work of Europe’s biggest nuclear power plant, but they are also bafflingly reckless given that any accident would have catastrophic effects.  The abductions come just days after the head of Enerhoatom warned that the Russians are cynically using the largest nuclear power plant in Europe for storing weapons and for launching missiles used to shell Nikopol and other targets.

The first abduction, on 17 July, was of Ihor Kwashnin, Head of Environmental Safety at the plant.  On 19 July, Enerhoatom reported that the Russians had seized two other safety officials: Serhiy Pykhtin, Deputy Head of the Department on Decontamination and Management of Radioactive Waste and Olena Riabtseva from the Decontamination Department.   It beggars belief that the Russians can be kidnapping people whose role at the power plant has such direct implications for nuclear safety, but there are few grounds for real surprise.  There is, however, every reason for concern about the three abducted workers' safety.  The Russians have already killed one employee of the power plant for refusing to carry out criminally dangerous orders.  Andriy Honcharuk was a diver for the plant whose work would have involved inspecting the water cooling system, safety maintenance, etc.   On 29 June, the Russians beat and tortured him after he refused to have any part in their attempt to get the water emptied from the cooling system and to stop the pumps needed for ensuring the safety of the reactors.  He was so badly beaten that he fell into a coma, and died on 3 July. Enerhoatom reported on 29 June that the invaders were trying to force power plant employees to dewater the cooling water, and were torturing employees into ‘confessing’ to having hidden explosives and ammunition in the concrete under the water back in March.  They stressed that “any weapons found on the territory of the Zaporizhzhia NPP are those of the occupiers which they are using to carry out nuclear terrorism and threaten the entire world with a new terrible catastrophe”.

During a television interview on 15 July, Petro Kotin, President of Enerhoatom, specifically warned that the Russians are storing heavy technology, weapons and even explosives at the nuclear power plant.  He said that the Russians had used missile launchers held at the plant to shell the city of Nikopol.  The situation at the plant, he said, was very fraught, and getting worse by the day. 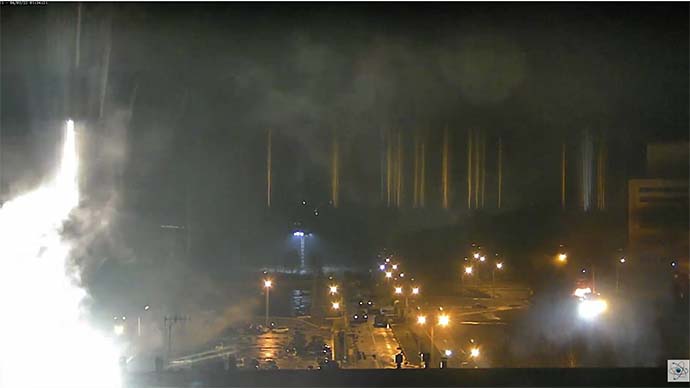 There are around 500 Russian soldiers at the plant, as well as representatives of Rosatom, the Russian nuclear agency.  Although they are not directly interfering with the functioning of the power plant, there is every reason to feel concern, and not only because of the insane attempt to dewater the cooling plant, and their abductions of Ukrainian staff needed for the safe running of a nuclear facility.  As the Russians tried to seize the plant at the beginning of March, their shelling caused a fire which could have had catastrophic consequences.  Later, on 14 March, they exploded some of their ammunition on the territory of the nuclear power plant, near Reactor No. 1.

Kotin expressed frustration at the lack of pressure being brought to bear on Russia over its armed occupation of a nuclear power plant.  The International Atomic Energy Agency [IAEA] is far too passive.  Although the organization has drawn up plans and safety guides for all occasions except the violent seizure of a power plant, the unforeseen has now happened.  Unfortunately, one reason for IAEA’s inaction, Kotin believes, probably lies in the preponderance of Russians in the organization.  There are, he says, around 100 in the IAEA Secretariat.  IAEA appear to be claiming that the organization is only involved in ‘technical’ issues, not ‘political’.  The distinction, however, is surely academic when we are dealing with the armed takeover of a nuclear power plant.  If Enerhoatom is correct, and Russia is stockpiling weapons at the plant, and is launching missiles from there, this is terrorism on a frightening scale, with at least all of Europe potentially being used as human shields.