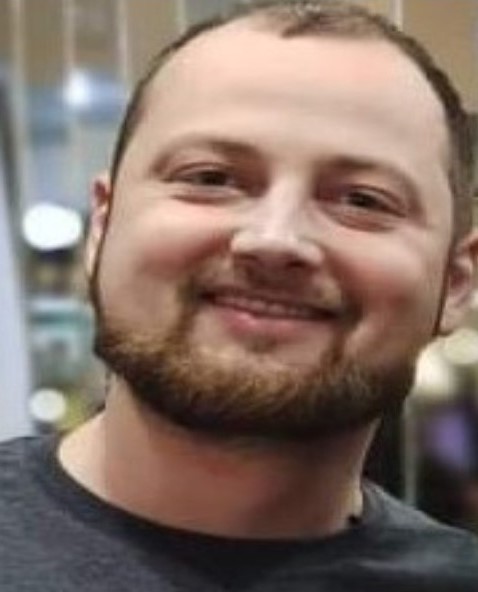 In its unprovoked aggression against independent Ukraine, Russia is not merely taking Ukrainian civilian hostages.  In an ever-increasing number of cases, it is illegally abducting such hostages to occupied Crimea in order to stage truly grotesque ‘trials’.  Yaroslav Zhuk, a volunteer from Melitopol (Zaporizhzhia oblast), has been imprisoned for well over two months, with the aggressor state now accusing him of ‘international terrorism’.

Two Melitopol volunteers were abducted following armed raids during the night from 17-18 June.  22-year-old Illya Yenin was at home with his wife, two small children and his grandmother when around 15 armed Russian soldiers turned up and staged a ‘search’.  They began beating Illya immediately, and then took him away, then took  away, telling his family not to expect him back for a long time.

According to Yaroslav Zhuk’s sister, the armed men who came for him began shooting into the air, terrifying a small child, before taking Yaroslav away.

Almost a month later, the Russian state-controlled TASS agency claimed that “the saboteur who made an attempt on the life of the Russian-installed 'director' of the Melitopol department of education’, Olena Shapurova, had been ‘detained’.  They cited, as their source, Vladimir Rogov, a collaborator installed by the Russians in Melitopol and the video he posted on his Telegram channel, in which Zhuk, is shown alone, apparently ‘confessing’ to the attack, and saying that he is part of the partisan movement, under the command of Ukraine’s Security Service [SBU].   A collaborator, installed by the Russian invaders of democratic Ukraine, and the Russian propaganda media, turn the situation entirely on its head, claiming that the so-called “law-enforcement bodies of the Zaporizhzhia oblast are continuing to carry out successful work in investigating the terrorist crimes of the Zelensky regime”.

Although Rogov claims that Zhuk is ‘cooperating with the investigators’, it is very clear that he is nervous and appears to be reciting what he has been told to say.

Russia and its proxies in occupied Ukraine have been using horrific forms of torture, including electric shocks, since 2014, and any ‘confessions’ obtained while men or women are imprisoned and totally at the mercy of their Russian captors cannot be believed.  In virtually every case where a person has been later released, or at least given access to an independent lawyer, they have retracted such ‘confessions’ and described how they gave them under torture.

Everything about the video makes scepticism about this supposed ‘confession’ warranted, as does the claim that Ivan Fedorov, the elected Mayor of Melitopol and a former hostage, played a direct role in the alleged attack.

The Crimean Human Rights Group reports that on 11 August a Russian-controlled ‘court’ in occupied Crimea ordered that Zhuk be remanded in custody in a SIZO [remand prison].  This was almost a month after he was taken prisoner and almost certainly held incommunicado and tortured.  According to a report on 28 August from the Russian occupation ‘Crimean High Court’, Zhuk is charged with ‘an act of international terrorism’ under Article 361 § 1 of Russia’s criminal code.  The claim that this is ‘international terrorism’ is presumably to justify a ‘charge’ laid by the invaders of a sovereign state and subsequent abduction of the person to previously invaded and annexed Ukrainian territory. This entirely lawless ‘trial’ could result in a ‘sentence’ of up to life imprisonment.