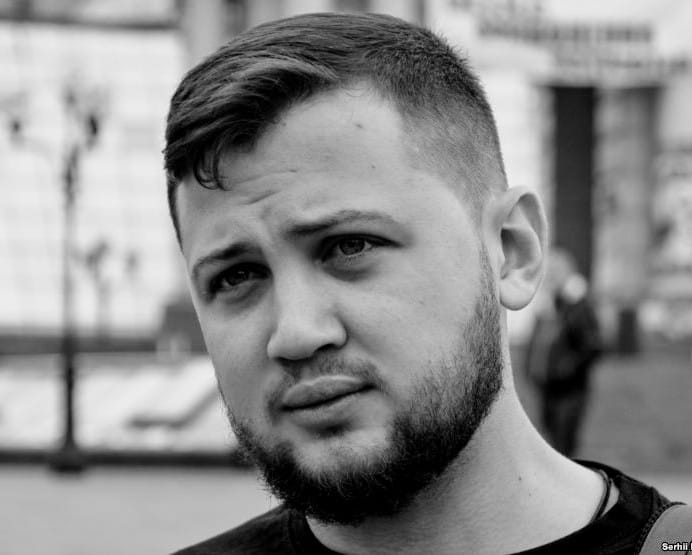 Hennadiy Afanasiev became known far beyond his native Crimea in May 2014, when his opposition to Russia’s invasion and annexation of Crimea made him one of the four victims of Russia’s first political show trial.  The photographer, who was just 24, was seized by the FSB, together with filmmaker Oleh Sentsov; civic activist Oleksandr Kolchenko and historian Oleksiy Chyrniy.   All were savagely tortured and then taken to Moscow.  The FSB waited for clear signs of torture to disappear and then showed videos in which Hennadiy and Chynriy appeared to be ‘confessing’ to an absurd ‘terrorist plot’, with Sentsov designated as the leader.

The FSB have been using savage torture and isolation as weapons of repression ever since in occupied Crimea.  Moscow’s first ‘Crimean show trial’ did not go to plan, however, for several reasons, including the courage Hennadiy Afanasiev demonstrated in July 2015.  Brought into the ‘trial’ of Sentsov and Kolchenko, Afanasiev defied the strict orders he had received from an FSB officer who turned up at his prison in Russia.  He not only refused to confirm the ‘testimony’ he had signed under horrific torture, but he told the court that everything that he had said earlier had been under duress.  He later gave a detailed account of the torture he had suffered.

Hennadiy was imprisoned in Russia and would have known exactly what kind of reprisals he could expect for such an act of courage. His words in court were applauded by both Sentsov and Kochenko.

Oleh Sentsov called out: “Glory to Ukraine!”, to which Hennadiy responded: “Glory to the heroes!”.

Sentsov had time to call out “Freedom for Hennadiy Afanasiev!” before the presiding judge forced him to be silent.

After facing reprisals and threats from the FSB, but refusing to capitulate, Hennadiy Afanasiev was eventually released as part of an exchange, as, much later. were Oleh Sentsov and Oleksandr Kolchenko.

All of the men were, in their different ways, voices of resistance against the Russian invaders of their land and in defence of Russia’s ever-mounting number of other Ukrainian political prisoners.