Russian invaders abduct Mayor of Prymorsk Oleksandr Koshelevych after first taking his elderly father hostage Russian invaders intensify abductions and terror against Ukrainian civic activists and journalists Russian invaders are killing abducted local leader in Kherson oblast, with terror methods escalating Russian soldiers shoot at Kherson protesters demanding that Russia get out of Ukraine Terror and abductions as Russia tries to break Ukrainian resistance in Kherson and other occupied citiesUkrainian journalist Oleh Baturin feared abducted by Russian invaders in Kherson oblast Mayor of Melitopol Ivan Fedorov abducted after refusing to collaborate with the Russian invaders Russian priest arrested and prosecuted for sermon opposing Russia’s war against Ukraine Russia effectively admits it deliberately bombed the maternity hospital in Mariupol that killed three patients, including a childRussia brings grotesque propaganda to Berdiansk after Ukrainian journalists refuse to collaborate Russian invaders murder Ukrainian volunteers Impassioned appeal from Ukrainian Muslim leader in face of Russia’s war to destroy Ukraine Russia is forcing Ukrainians from occupied Crimea and Donbas to fight in its invasion of Ukraine Children among the dead after Russian invaders opened fire on fleeing civilians Russia installs its propaganda TV after seizing Kherson and imposes 15-year sentences for reporting its invasion of UkraineUkrainian survivors of the Holocaust demand Putin and Russia get out of Ukraine Russia continues its carnage, flouting binding order from ECHR to stop bombing civilians in UkraineBabyn Yar bombed by Russia, 80 years after Nazi Massacre of Ukrainian Jews Russia proposes 15-year sentences and threatens "treason charges" for telling the truth about its war crimes in UkraineRussian schoolchildren told that Russia is bombing and killing Ukrainian children in ‘self-defence’
• Topics / War crimes 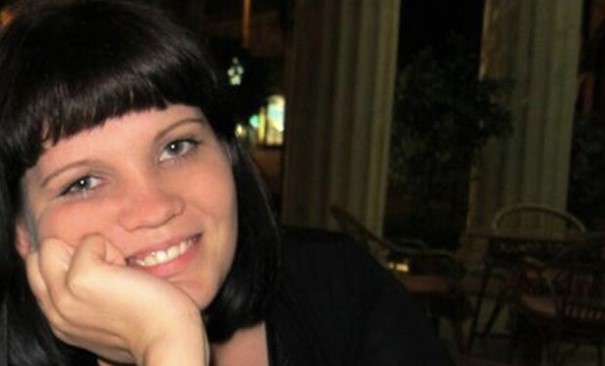 Zaporizhzhia journalist Iryna Dubchenko has been taken prisoner by the Russian soldiers instilling terror in areas currently under their occupation, and is believed to have been taken by them to occupied Donetsk.  The Russian invaders (or Russian-controlled collaborators from the Russian proxy ‘Donetsk people’s republic’, or ‘DPR’) accuse her of providing support and shelter for Ukrainian soldiers who, unlike them, are defending their own country,.  They claimed that they were taking her for ‘investigative measures’ and ‘trial’ to occupied Donetsk.  Even before the war, ‘DPR’ .  was holding several hundred Ukrainian POWs and civilians prisoner, often merely for their pro-Ukrainian position..

Iryna has a small daughter who will soon be turning four, whom her parents thankfully took away to (relative) safety in Zaporizhzhia a few weeks earlier. She had remained in her native village/town, Rozivka, to care for her elderly grandmother who is bedridden.  She is a well-known journalist, who has worked for various media in the Zaporizhzhia oblast, as well as for the national publication UNIAN.

Dubchenko’s abduction was first reported by fellow journalist Yakiv Noskov on 28 March, with more details since provided by Iryna’s sister, Oleksandra Dubchenko.  The latter issued a moving appeal, calling on Ukraine’s President and the international community to help secure the release of her sister.  One particularly chilling detail is that Iryna had called on 26 March and said that some local person had told the invaders about her work, both as a volunteer and a journalist. This was the last time her family heard from her.

Oleksandra has explained to the National Union of Journalists that her parents discovered that Iryna had been taken prisoner when they arrived in Rozivka on 28 March to get her and her grandmother to safety. Neighbours did not know where she had gone,, and her parents turned to the so-called ‘military command’ set up in the town by the occupiers. They first claimed that the Russians did not take women prisoner, but then admitted that she had been ‘arrested’ on 26 March.

The invaders accuse Dubchenko of having hidden a gravely wounded Ukrainian soldier at her home. During their search of the home,  Dubchenko said that she was looking after her husband, but was told that they knew everything about her relatives and about her journalist  activities.  According to her sister, Iryna was told: “You’re lucky that you have a small children, or we would have shot you on the spot”.   Such ‘concern’ has not stopped the Russians from killing at least 140 children so far, including some shot dead when trying to flee the shelling.  Oleksandr Dubchenko told NUJ that her parents tried to get Iryna and her grandmother to safety back on 7 March, however their car was shot at as they tried to reach Rozivka, and they were forced to return to Zaporizhzhia.

Iryna Dubchenko is one of two journalists seized by the invaders or whose whereabouts are unknown.  There has been no contact with Max Levin, a very well-known photojournalist, since 13 March, and since he disappeared during fierce fighting in the Kyiv oblast, there are very real concerns for his safety.

The same is true of an ever-mounting number of public officials and civic activists in areas that the Russians or their proxy cronies are occupying.  These methods of terror are quite deliberate, aimed at silencing opposition and terrifying the population into submission.  It is vital that voices are heard in defence of those, like Iryna Dubchenko, taken prisoner, and very likely tortured, for her civic position and her journalist activities.