Russian soldiers shoot at Kherson protesters demanding that Russia get out of Ukraine Terror and abductions as Russia tries to break Ukrainian resistance in Kherson and other occupied citiesUkrainian journalist Oleh Baturin feared abducted by Russian invaders in Kherson oblast Mayor of Melitopol Ivan Fedorov abducted after refusing to collaborate with the Russian invaders Russian priest arrested and prosecuted for sermon opposing Russia’s war against Ukraine Russia effectively admits it deliberately bombed the maternity hospital in Mariupol that killed three patients, including a childRussia brings grotesque propaganda to Berdiansk after Ukrainian journalists refuse to collaborate Russian invaders murder Ukrainian volunteers Impassioned appeal from Ukrainian Muslim leader in face of Russia’s war to destroy Ukraine Russia is forcing Ukrainians from occupied Crimea and Donbas to fight in its invasion of Ukraine Children among the dead after Russian invaders opened fire on fleeing civilians Russia installs its propaganda TV after seizing Kherson and imposes 15-year sentences for reporting its invasion of UkraineUkrainian survivors of the Holocaust demand Putin and Russia get out of Ukraine Russia continues its carnage, flouting binding order from ECHR to stop bombing civilians in UkraineBabyn Yar bombed by Russia, 80 years after Nazi Massacre of Ukrainian Jews Russia proposes 15-year sentences and threatens "treason charges" for telling the truth about its war crimes in UkraineRussian schoolchildren told that Russia is bombing and killing Ukrainian children in ‘self-defence’ Putin miscalculated. Russia is fighting “an army of 40 million Ukrainians” Chief Rabbi of Ukraine demolishes Putin’s excuse for Russia’s invasion Russia bombs a Ukrainian kindergarten and apartments in its war against independent Ukraine
• Topics / War crimes 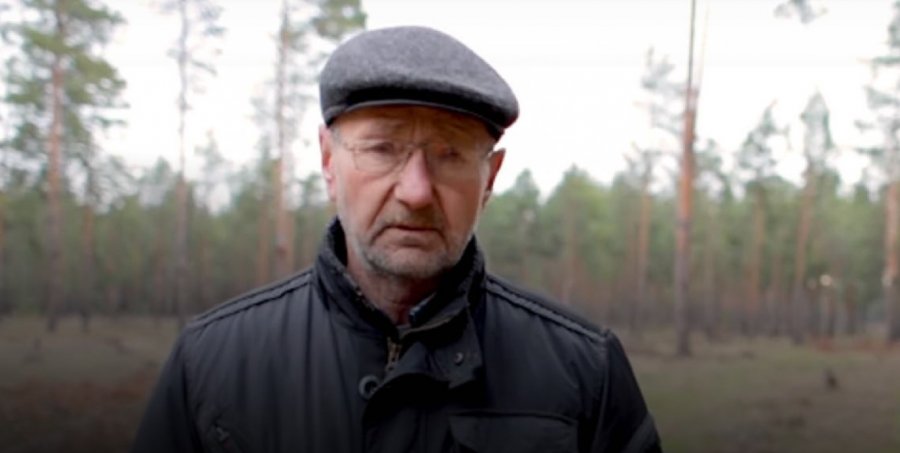 There is grave concern that the Russian invaders who seized Viktor Maruniak, the Head of the Stara Zburivka Council in the Kherson oblast, three days ago are savagely torturing him and placing his very life in danger.

This is the second time that the Russians have seized Maruniak, who is not a young man and has serious health problems, for which he needs to regularly receive medication.

A day after Russia’s invasion, Maruniak reported that a group had been formed from local residents to guard Stara Zburivka from looting and other illegal activities. Each of his Facebook posts to his fellow Ukrainians stresses that Stara Zburivka is Ukraine, and demonstrates his resolve and courage in confronting the Russian military.

Serhiy Danilov, Deputy Director of the Centre for Middle Eastern Studies, sounded the alarm on 24 March, saying that Maruniak had been in Russian captivity since 21 March, and that the Russians were savagely beating him, and “simply killing him”.

According to witnesses, Maruniak was brought home in handcuffs. His Russian abductors had, seemingly, planted a grenade on him and were claiming that “according to Russian legislation”, he faced 20 years’ imprisonment. Viktor Maruniak reminded the invaders that he and they were in Ukraine and was told that “from 1 April it will already be Russia on all of the Kherson oblast.” The Russian soldiers ‘searched’ the house, destroying just about everything, even flower pots, and constantly demanding some kind of information. They then took him away, while also removing everything, leaving his wife without even any food in the house.

Danilov adds that on 24 March there were a lot of Russian invaders with machine guns swarming around the building and blocking access to Maruniak’s wife.

As reported, there have been multiple abductions of politicians, journalists and activists since Russia’s invasion on 24 February, and the invaders appear to be increasing both the number of such abductions, and their use of torture against those taken prisoner. On 24 March, Oleksandr Babych, Head of the Holoprystanska Territorial Community, reported that the Russians had not only seized Viktor Maryniak, but also several other residents of Stara Zburivka, including a doctor.

Some of those abducted have since been released, including journalists Oleh Baturin and Victoria Roshchyna. Others remain in Russian captivity, As of 24 March, Dmytro Vasyliev, Secretary of the Nova Kakhovska City Council, has been imprisoned for eight days. According to his wife, he had been involved, from 28 February, in organizing the evacuation of civilians from Kozatske and Vesele, as well as in trying to resolve humanitarian issues.

Ukrainians have shown the world that they are willing to defend their country and their freedom. This is true even of those cities which the invaders have occupied, in particular Kherson and Berdiansk. On 21 March, Russian soldiers violently dispersed Kherson residents telling them to get out of Kherson and all of Ukraine, using stun grenades, tear gas, and shooting. Although several protesters were reportedly injured with one, who was shot in the leg, taken away by ambulance, Kherson residents have continued to come out in protest.

On 22 March, the British newspaper The Times reported a leaked letter, claiming that “the Kremlin is no longer willing to ‘play nicely’” and is, instead planning ‘great terror’, with kidnappings and violence, to end the Kherson protests. The newspaper cited “an FSB whistleblower” who had apparently written a letter to this effect.

“People will be taken from their homes in the middle of the night. “Even if we have to deport as many as half the city — we are ready for that,” the letter said.”

Russia’s behaviour, first in 2014, and over the last month, give no grounds for dismissing this as empty threats. There is also indirect confirmation in information passed from Crimean Tatar political prisoner Nariman Dzhelyal to his lawyer Nikolai Polozov on 22 March. Dzhelyal had been able to speak to fellow journalist and Ukrainian political prisoner Vladislav Yesypenko. The latter reported that an entire block in the part of the SIZO [remand prison] where women prisoners are held was being vacated (by moving the prisoners to other already over-crowded cells). The aim, he understood, was to free up space for new prisoners from those areas of Ukraine which the Russian invaders are currently occupying in the Kherson, Zaporizhya and Donetsk oblasts.