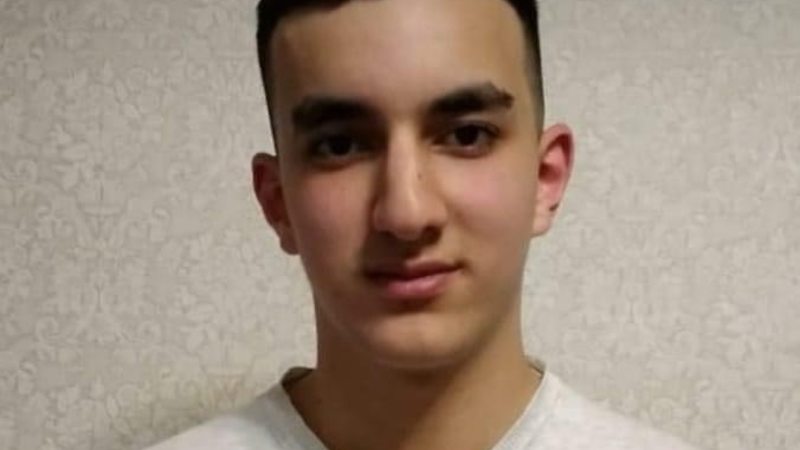 Amar was just 14 when the Russian FSB came for his father, Tofik Abdulgaziev, and 22 other Crimean Tatar civic journalists or activists.  One of the OMON police officers who took part in that ‘operation’ told the young lad that “your turn will also come.  We’ll return for you”.

If this was supposed to terrorize the 14-year-old into silence, it failed.  Amar is in no doubt that his father and a huge number of other Crimean Tatars have been imprisoned for their faith and their civic position and is not afraid to say so.  He has already been detained three times, and been fined essentially for having tried to attend political court hearings, with his mother also receiving a formal ‘warning’ as he is still underage.

It should be stressed that Amar’s view is that shared by the international community which immediately condemned Russia’s  arrests of Tofik Abdulgaziev and, at final count, of 24 other Crimean Tatar activists and journalists.  Nobody was in any doubt that the men had been targeted for speaking out against repression in occupied Crimea.  Human Rights Watch called the arrests “an unprecedented move to intensify pressure on a group largely critical of Russia’s occupation of the Crimean Peninsula” and stated unequivocally that attempts “to portray politically active Crimean Tatars as terrorists” is aimed at silencing them. There was similar criticism from the US State Department ; the EU ; Freedom House and Civil Rights Defenders, and the Memorial Human Rights Centre was swift to declare all the men political prisoners and denounce the attempt “to crush the Crimean Tatar human rights movement”.

The Russian occupation authorities have based at least one of the prosecutions against Amar Abdulgaziev on charges laid solely because he is underage and has involved the Commission on Juvenile Matters.  Such ‘protection’ of a juvenile could not be more cynical.  On 27 March 2019, Amar saw his father taken away by armed men because of his faith and his civic activism, and he witnessed the FSB pretending to find a ‘prohibited’ religious book in a shed, a place that no devout Muslim would keep religious literature.

As for many of the 239 sons and daughters of Russia’s Crimean political prisoners, Amar’s childhood effectively ended that day.  The young man has two smaller sisters, and, despite his age, has resorted to seeking means of employment in order to help support his family.  He is also following his father with his civic activism.

“When they arrested my father, I began to take an interest in the work of civic journalists. At first, I simply went to court hearings, stood there for a long time and watched how they cover such court hearings, but from the beginning of 2021 I began filming them myself.  My parents approved, I would in this way help people. I film and demonstrate the injustice being done to them. I have firmly decided to circulate and provide coverage of news so that people know about the repression in Crimea.”

The first administrative prosecution was in October 2021 when Amar and another civic journalist hoped to cover a court hearing from the occupation ‘Crimean garrison military court’.  Although such hearings are supposedly open, the two were prevented from entering and therefore stood out on the street, waiting to speak with the lawyers after the hearing.  Russian-controlled police demanded to see their documents and, having established that Amar was underage, left, but a little later photographed the lad smoking and called a unit who detained Amar and took him to the police station.  After a lawyer arrived to represent him, an administrative protocol was drawn up over smoking by a minor, and let him go.

Amar was one of a large number of Crimean Tatars who arrived at the detention unit in Simferopol to greet prominent human rights lawyer Edem Semedlyaev who had spent 12 days imprisoned for carrying out his duties. 31 Crimean Tatars, including five civic journalists and ten women, many of whom had arrived with balloons and cake, were forced into police vans which had arrived in advance, clearly planning such a raid.

Amar’s administrative protocol was over alleged ‘organization of a mass gathering of people’ (Article 20.2.2 of Russia’s Code of administrative offences). He was also pushed into a police van at around 7 p.m., without any explanation and only learned of the administrative protocol and what was alleged three hours later. His mother is convinced that the officers exceeded their authority in detaining her son by force.

Amar was detained by a Russian-controlled police officer Valentin Titkov who claimed that he was illegally videoing a military unit and began phoning the head of the Simferopol police department Sergei Nikolayev.   He was held for over two hours, with the officers preventing lawyer Semedlyaev from seeing Amar.  The officers entirely illegally tried to get Amar’s fingerprints and DNA, however the young man held firm and refused to give them.  It was only after Amar’s mother arrived at the station that Semedlyaev was allowed to see him.  The officers did not then draw up an administrative protocol and released him.

The occupation authorities have, however, involved the so-called Commission on juvenile affairs which has met on three different occasions.  At one of these meetings, Amar told them that his father was imprisoned for nothing, only for his faith, as were other Crimean Tatar pollical prisoners.  Whatever decision the commission took, he said, he would keep going to pollical court hearings, to show his support.

The commission members tried to claim that they were there to discuss his visiting so-called ‘mass events’, not trials.  Amar wasn’t having this and pointed out that it was the enforcement officers who prevented him from attending [‘open’] hearings and then detained him.

He also spelled out the treatment that he received, such as being hit by a police officer after he, quite legitimately, asked that the officer identify himself.   The commission members kept bleating that they were not there to discuss all of these points, only his supposed appearance at a “mass event”.  The head of the commission, Tatiana Sukhina chose to conclude that Amar’s ‘guilt’ had been proven on the basis of the police statements from Sergei Chashchin; Andrei Kot; Artem Krivosheyev; Alexei Kuznetsov; Dmitry Yakimenko and Vladimir Yanin. Amar was fined over both protocols and his mother was issued with a warning.

Asked if these detentions, etc. frighten him, Amar said: “They want to stifle in me the wish to help, the wish to do all in my power.  They won’t succeed. On the contrary, they fire me up still further. I am not harming anybody and I have the right to talk about my father and other illegally arrested people and to circulate information about them. I have the right to be where I believe it to be necessary.”

Amar does indeed have that right, but Russia is increasingly using horrific repression against all of those who try to ensure that the world knows what is happening under Russian occupation. Very many of those arrested on 27 March 2019 had earlier faced harassment and administrative prosecutions as absurd as those against Amar. 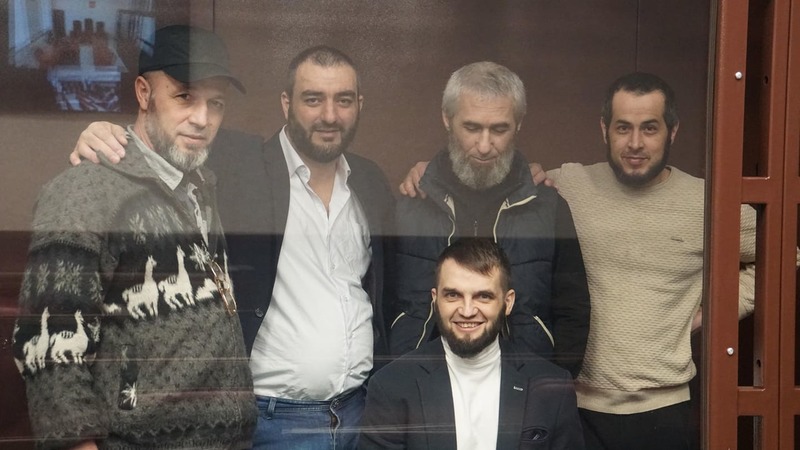 It was probably because of the international outrage over the arrests of the 25 activists and journalists that Russia opted to separate the men and hold five essentially cloned ‘trials’ at the notorious Southern District Military Court in Rostov (Russia).  That of Tofik Abdulgaziv;  Vladlen Abdulkadyrov; Izet Abdullayev; Medzhit Abdurakhmanov and Bilyal Adilov is now coming to an end.  The following give more information about the cynical charges and fabricated evidence used.