Missing and Detained Individuals in the Kharkiv Region: An analytical review (24 February to 23 June 2022) 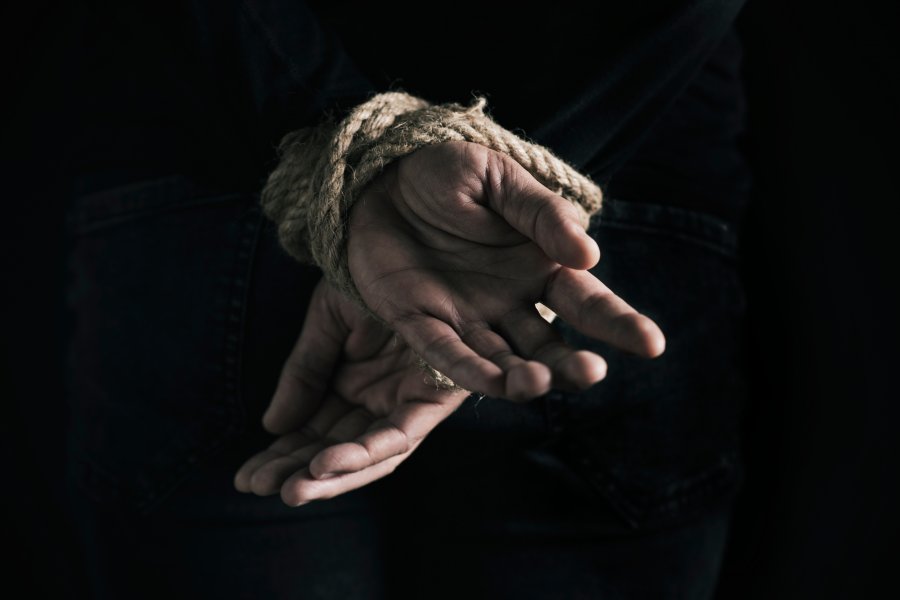 There has been fighting in the Kharkiv Region since the war began and it remains an arena of military conflict to this day. A third of the Region’s territory is still occupied by the invading Russian army, and almost one half of the Kharkiv Region is the scene of fighting between the two sides.

According to unconfirmed reports, the Russian military is taking many locals out of Ukraine, including children, after which they undergo “filtration” at  camps set up for the purpose. Some are kidnapped and sent to penitentiary institutions, either in the Occupied Territories of Donbas or Crimea, or somewhere in Russia. Others spend months under bombardment without internet, light or mobile phone signals in the temporarily occupied Ukrainian territories. Taken together these circumstances account for the enormous number of individuals who have gone missing in the Kharkiv Region. 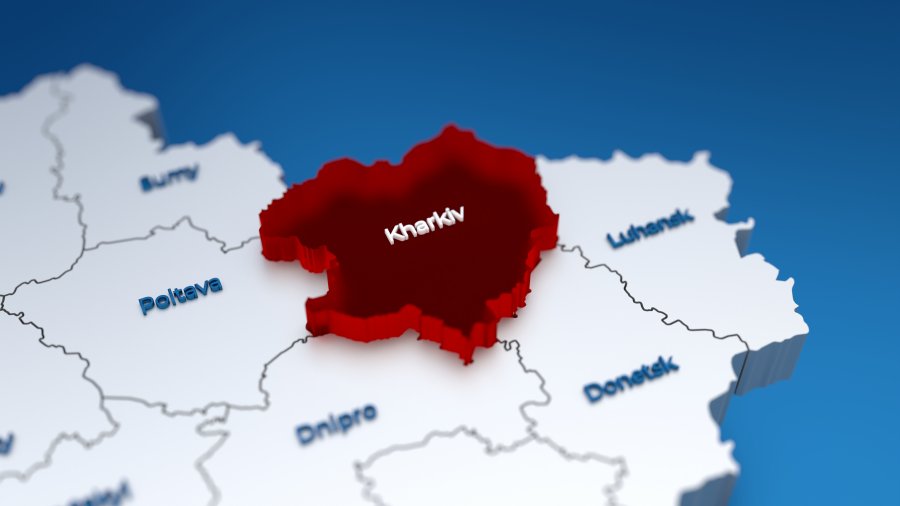 The KHPG has been documenting war crimes since the first day of the war. It draws on information from open sources and appeals it receives from the victims or their relatives. In the past four months, we documented 590 incidents in the Kharkiv Region in which a total of 777 people disappeared. These include 77 cases of enforced disappearance, affecting 79 individuals. An enforced disappearance, we remind readers, happens when it is known that an individual has been seized by representatives of the Russian government, the Russian army, fighters of the Donetsk or Luhansk “People’s Republics” (DPR/LPR) or individuals who have gone over to the enemy. Thereafter, the individual’s location remains unknown, and they are placed outside the protection of the law.

In 13 cases, involving 23 individuals, the whereabouts of the victims became known when Russian officials said that a missing individual was in their hands at a particular location: someone formerly classified as missing now joined the those categorised as illegally detained.

Determining when an individual was seized is important in attempts to find him or her. Because of the ongoing war, however, relatives of the missing person often do not know when this occurred. Sometimes they report their family member missing days or even weeks later. Only in a few cases is it possible to determine the time of day when the incident occurred. The same is true of the crime’s location – in many cases only a population centre is named or the individual’s former place of residence.

Faced by such incomplete data, the circumstances under which most individuals disappear remain unknown. The disappearances took place in  temporarily occupied territory or parts of the Region where fighting was under way. Relatives usually do not know exactly what was going on where their missing kinsfolk lived. Witnesses to the disappearances are located in the temporarily occupied territories: they are not available to clarify the date, time and cause of the disappearance, and they cannot say whether the disappearance was enforced. We shall update information concerning most incidents later, after these settlements have been liberated. Numerous reports about enforced disappearances began to emerge, for instance, after the liberation of Tsyrkuny village in the Kharkiv district: it generated 13 out of a total 77 recorded cases of disappearance throughout the entire Region. 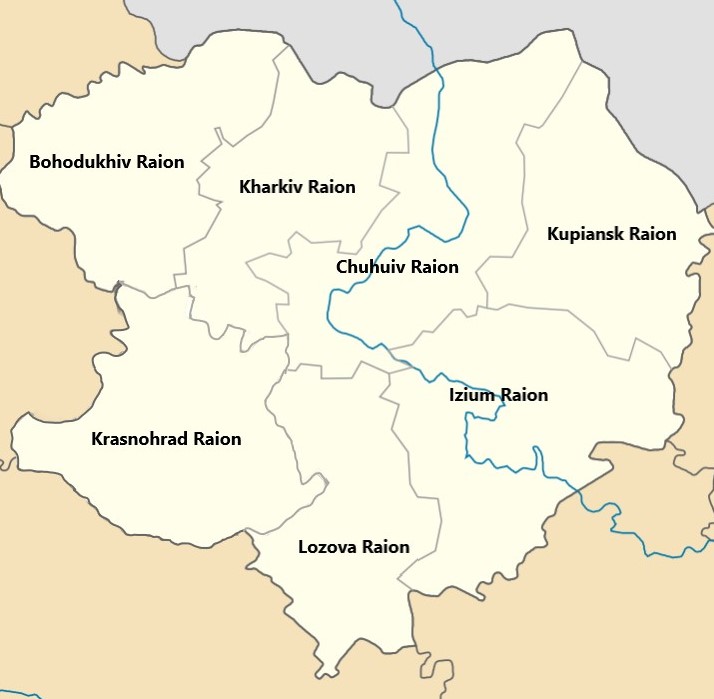 In the occupied town of Izium and the district’s surrounding occupied villages, on the other hand, mass disappearance took place in unknown circumstances. In that area alone, we  recorded 341 cases of disappearance, or 58 % of the  recorded crimes of this kind. They arose due to a lengthy absence of electricity and mobile phone communications in the area, as well as mass terror and the deportation of local people. In the other six districts of the Kharkiv Region the distribution of incidents was more even. In the Chuhuiv district we recorded 32 cases; in Lozova district, five cases; two cases in the Kupiansk district; and 76 cases in the Kharkiv district. A pattern emerges from our records: the more active the fighting and the more territory that was occupied, the greater the number of missing people. The city of Kharkiv provides an instructive example. Of its 1.5 million pre-war population only 79 have disappeared because the city was neither captured, nor did its mobile phone signal vanish for a long while.

Among the disappeared there were almost equal numbers of men and women, 389 and 388, respectively. If we talk about enforced disappearances, however, the number of men significantly exceeds that of women, who make up only 15% of the people kidnapped by the Russians. Most people disappeared one at a time, but there were cases when three, four and even eight people disappeared at once. Most often they were family members or neighbours who were riding in cars or hiding in basements together. 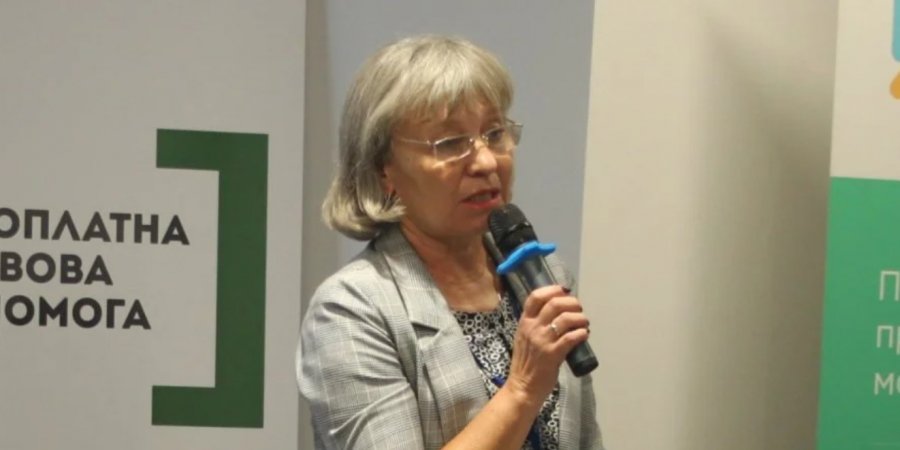 Halyna Turbaba, the head of the Dvorichna settlement (Kupiansk district), was kidnapped by Russian army, released in several days.

A great many of the disappeared individuals were people over 60 years old, we recorded a total of 101 older people. 51 children also went missing. In the vast majority of cases, children disappeared with their parents, but there is also information about the disappearance of children, mostly teenagers, without their parents. Older people were seized at home, and there is good reason to fear that many in their eighties died of health problems that could not be treated in wartime. They are listed among the missing only because there is presently no access to those territories.

4. The place of disappearance

Most disappeared from their homes in occupied towns and villages and ceased contacting friends and family. This was not due to the disappearance of all phone communications in that town or village: those who disappeared in March or April found a way of contacting their relatives at least three or four months later if they were still alive and well. The total recorded as missing would otherwise amount not to hundreds but to tens of thousands, i.e., the district’s entire population. Most found a way to pass news to their relatives. The lack of electricity or mobile phone connection are not, therefore, the most probable causes of people’s disappearance when the search to find them continues for more than one to two months. An alternative cause of disappearance could be deportation to Russia, or detention after failing to clear the filtration process. This suggestion needs to be verified.

40 people disappeared on their way between one settlement and another. Most were trying to leave the area or were volunteers distributing humanitarian aid. Some came under fire in a convoy of cars in a “green corridor” and disappeared; others were driving in the fields or even along the road. Eight people were taken prisoner at various Russian-controlled checkpoints. Most were ordinary civilians who had no military background and  had not formerly worked in government, local or national. Most of those who disappeared on the road and at checkpoints were victims, it seems, of  enforced disappearances.

People also disappeared after being injured. There were times when the Russian military deliberately shelled residential buildings, blamed the attack on Ukraine, and then offered their “help”. Relocation was carried out by force or deception. The wounded who were removed in this way did not contact their relatives, it is interesting to note: they were taken to a place from which they could not, presumably, make a phone call.

5. Trades, occupations and professions of the missing

The enforced disappearances mostly concerned people with a special status, although at times the kidnappings were unmotivated. The invading forces and their allies kidnapped five former soldiers, 14 volunteers and 11 state officials. 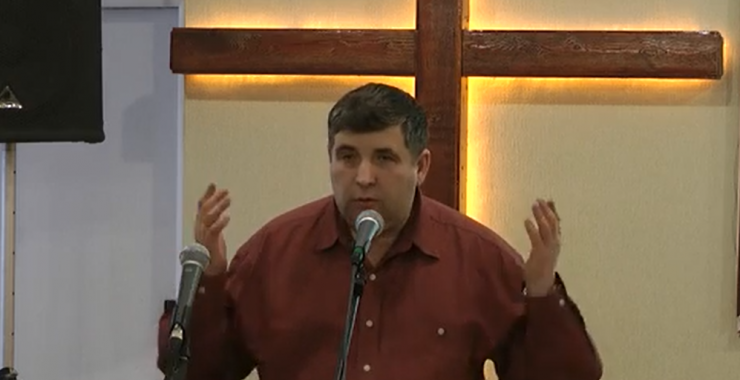 In some places, it seems, particularly the village of Tsyrkuny (Kharkiv district), the occupiers already had lists of ex-soldiers and tracked them down. Volunteers often disappeared when accompanying regular deliveries of aid. None of the missing civil servants supported the occupation and, although their villages were occupied, they actively resisted the invaders.

Enforced disappearances were committed in front of other people, possibly to intimidate them. Victims were visited at home or at work, and sometimes detained on the street. The whereabouts of most of the abducted civilians are still unknown and their exchange, therefore, is not possible. Writers and photographers who tried to cover these incidents were also forcibly abducted.

As noted earlier, we recorded 13 cases of illegal detention, affecting 23 victims (16 men and seven women). No children were among those imprisoned, but they did include two elderly women. The Ukrainian press actively covered the illegal detention of state officials (six individuals) and volunteers (two individuals). The pastor of a Baptist church was detained and tortured.

At the time of writing, about 70% of the prisoners we listed have been released. To secure the release of an individual, we conclude, it is most important to establish his or her whereabouts.

The KHPG continues to gather information about the disappearance of people in Kharkiv and the Kharkiv Region. Some trends can be identified, and certain conclusions may be drawn.

1.        In up to 90% of the recorded total the cause of most disappearances has yet to be determined. Most of the missing are being held captive, perhaps, or have been forcibly removed to filtration camps. Either they are not there after allowed to make phone calls, or they did not pass the filtration process and remain in detention. Injury or death may also account for some of the disappearances since our law-enforcement bodies in the occupied territories are not recording such cases. Even in the temporarily occupied territories, the vast majority of locals find a way to call their friends and family at least once a month: the loss of communication infrastructure cannot, therefore, be the main cause of disappearance.

2.        Most of the missing do not belong to the so-called risk groups (human rights activists, ex-servicemen, journalists, and government officials). The majority are ordinary civilians. A special status is not, therefore, the only reason for the persecution of citizens in the occupied territories. Any act of real or imagined disobedience can serve as a pretext for arrest and detention. This general rule is confirmed by the circumstances in which incidents established as enforced disappearances occur, i.e., when the enemy seizes ordinary civilians from their homes. People belonging to certain categories may be in greater danger, meanwhile, as the invaders often have ready-made lists of names even before they occupy a particular settlement.

3.        Enforced disappearances are often accompanied by torture or ill-treatment. Witnesses frequently watch a victim being beaten or humiliated for a long time before he or she disappears. More often this happens when the victim has tried to hide or run away, but not in every case.

4.        Disappearances can be lengthy. People who disappeared in March and April have not yet been located. The percentage who are found does not exceed 10%. This remains true despite the ever-growing number of people who are finding their way out of the occupied territories. Ukrainian troops, meanwhile, are liberating settlements, and municipal services are restoring telephone connections and electricity supplies.

5.        Disappearances are difficult, at times impossible, to investigate. Most of those who go missing are residents of the temporarily occupied territories and it is not possible to investigate their disappearance due to the lack of a  functioning local law-enforcement system. The search for the missing can hardly rely on the law-enforcement agencies, other than for searches in lists of prisoners.

6.        The true number of disappearances is much higher than our records show. Many people cannot report the disappearance of a relative because they themselves are in temporarily occupied territory or, conversely, have left Ukraine. It will only become possible to establish the real scale of disappearances once the war has ended.