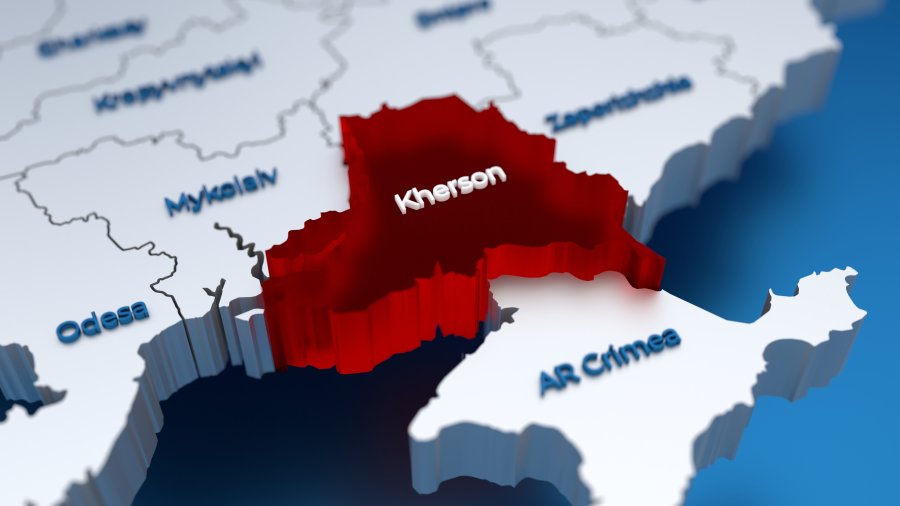 During Russia’s all-out war against Ukraine the Kherson Region became a part of the country with the highest number of enforced disappearances and illegal detention among civilians. To date (24 June 2022) 412 victims of these crimes have been identified.

The phenomenon is widespread, ranging from the smallest villages and settlements to the city of Kherson and other district administrative centres. It has become the chief instrument of pressure on the civilian population of the Kherson Region, the principal means of combatting citizens with strongly pro-Ukrainian views, a way to force cooperation with the occupation regime and suppress freedom of speech and opinion in general.

Crimes against civilians linked to their disappearance fall into two categories:

– enforced disappearances of people whose subsequent fate we do not know, 286 victims. Most often these were kidnappings followed by detention without any contact with the outside world;

– illegal imprisonment. Arrest / kidnapping lasting up to two weeks, after which the individual was released: 68 victims.

We would like to draw special attention to the kidnapping of 58 orphans in the city of Kherson and their subsequent relocation to an unknown destination.

An analysis of recorded cases of enforced disappearance gives some understanding of their purpose and the identity of those targeted.

The largest group among the 286 victims of enforced disappearance were former participants in the anti-terrorist operation (ATO) from 2014-2018. They account for 52 cases or 18% of the total. Participants in pro-Ukrainian rallies, volunteers and activists made up 49 cases or 17%. There has been an attempt, in other words, to suppress the Ukrainian resistance by fighting its active proponents, and incapacitating those with combat experience who could potentially become part of an armed resistance.

Another targeted group were Crimean Tatars (21 cases, 7.5 %). In part, this was because of their predominantly pro-Ukrainian position; in part, it is because persecution following the peninsula’s annexation in 2014 drove some of them to leave the Autonomous Republic of Crimea and settle in the Kherson Region (mostly in Genichesk district). Until the present war broke out, they were beyond the reach of Russian persecution.

The kidnapping of local government officials (19 cases, 6.6%) and deputies of local councils (15 cases,  5.2%) formed part of the occupying forces’ attempt to persuade them to collaborate. This was needed to “legitimise” the occupation in the eyes of Ukrainian citizens; in particular, it reinforced the narrative that “Ukraine has abandoned you”, “Everything will be better under  the new government”. It established the occupying forces’ chain of command and was part of the struggle against pro-Ukrainian sentiments. Finally, it was an attempt to foster the “image” of a supposedly peaceful and voluntary transfer of Ukrainian territory and population to Russia. This tactic, it may benoted, has enjoyed some success locally. The vast majority of kidnapped and subsequently released officials were forced to leave the occupied territory and  were replaced by other loyal but illegitimate “leaders”.

A similar rationale lay behind the enforced disappearance of former law-enforcement officers (14 cases, 5%). The authorities listed many of kidnapped individuals in this category, it should be noted. Familiarization with the lists of “employees of the occupying authorities”, including “law enforcement”, shows that a large number were retired/former employees of law-enforcement agencies (especially since 1992).

Since the end of the school year, the Russian military has been trying to persuade teachers to cooperate and adopt Russian programs. The vast majority of teachers refused: in the city of Kherson, for example, out of 60 educational institutions, only 2 agreed to cooperate.This led to increased pressure on teachers and 11 cases (4%) of disappearances were recorded among them. This mainly applied to the heads of educational institutions, after which there was a “change of leadership” and their replacement by willing collaborators.

Farmers and heads of agricultural enterprises (6 cases, 2%) were also targeted by the Russian military and occupation authorities. We received information about numerous cases when agricultural producers were pressured into dividing their output 70/30 with the occupying forces, leaving only 30 % of the harvest to its owner. Machinery was seized, as were fertilizer and other property of those farmers who refuse to work with the occupation regime. They were also forbidden to export what they produced, with that preference being assigned to collaborators.

In three cases we received confirmed of an individual’s death after  kidnapping.

This quantitative overview is not universal or complete: in 92 cases it was not possible to establish the reasons for the kidnapping.

The gathering of information, especially details and circumstances of the kidnappings, was complicated by the lack of mobile phone communication and the Internet in most of the Region’s small settlements.

1.2 The circumstances of disappearances

From an analysis of the circumstances of the kidnappings preceding disappearances, we learned that: 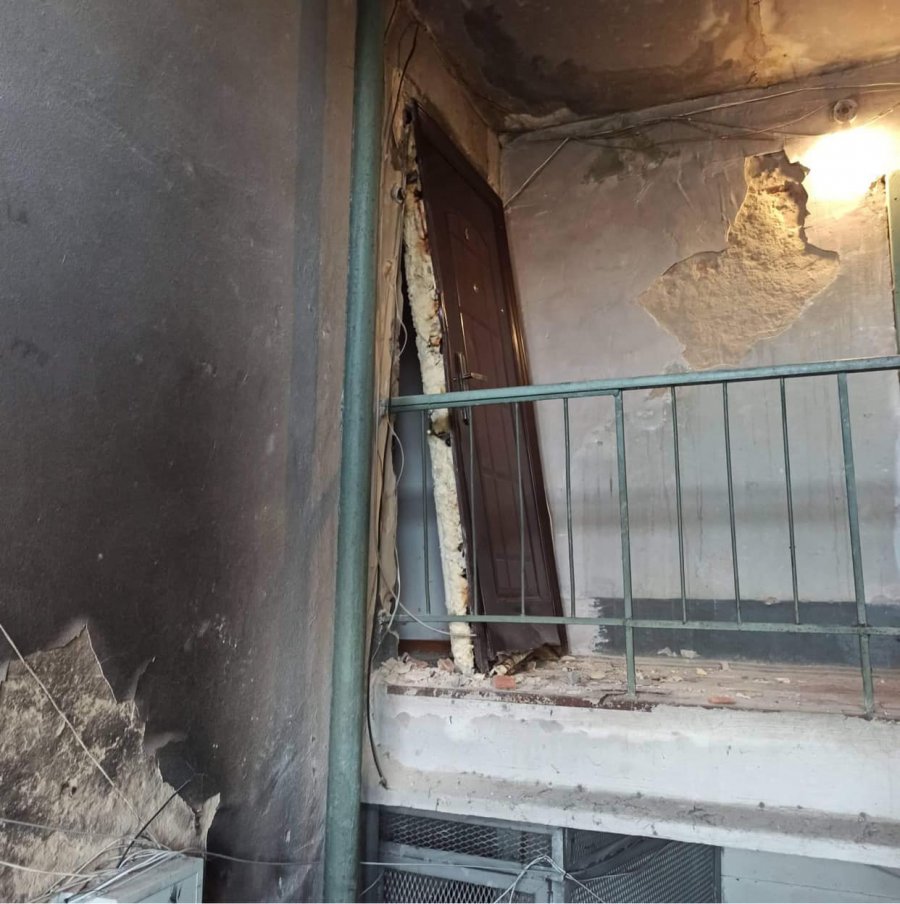 The residents did not want to open their door to the Russian invaders.

The breakdown of individuals who were unlawfully imprisoned is fundamentally different from that of enforced disappearances. A total of 68 cases were recorded, including:

The Russian military held the majority of these people for a long time.

The following were also illegally detained:

The causes of illegal detention could not be established in 29 cases.

2.2 The circumstances of illegal detention 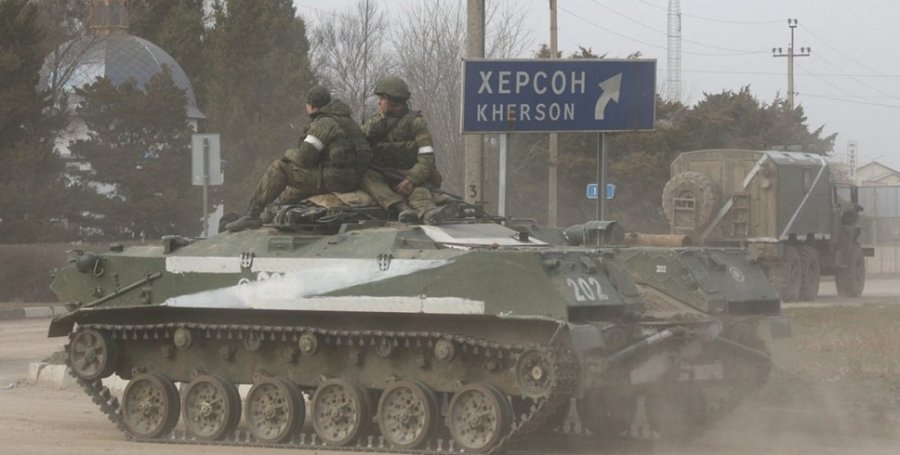 Russian tank marked with the letter Z on the approaches to Kherson. Photo by i.lb.ua

An analysis of the circumstances of illegal imprisonment shows that:

In cases of enforced disappearance, the terms of captivity after kidnapping were as follows:

In cases of unlawful deprivation of liberty, the most common options were:

This information is constantly changing as we continue to record systematic kidnappings and disappearances. 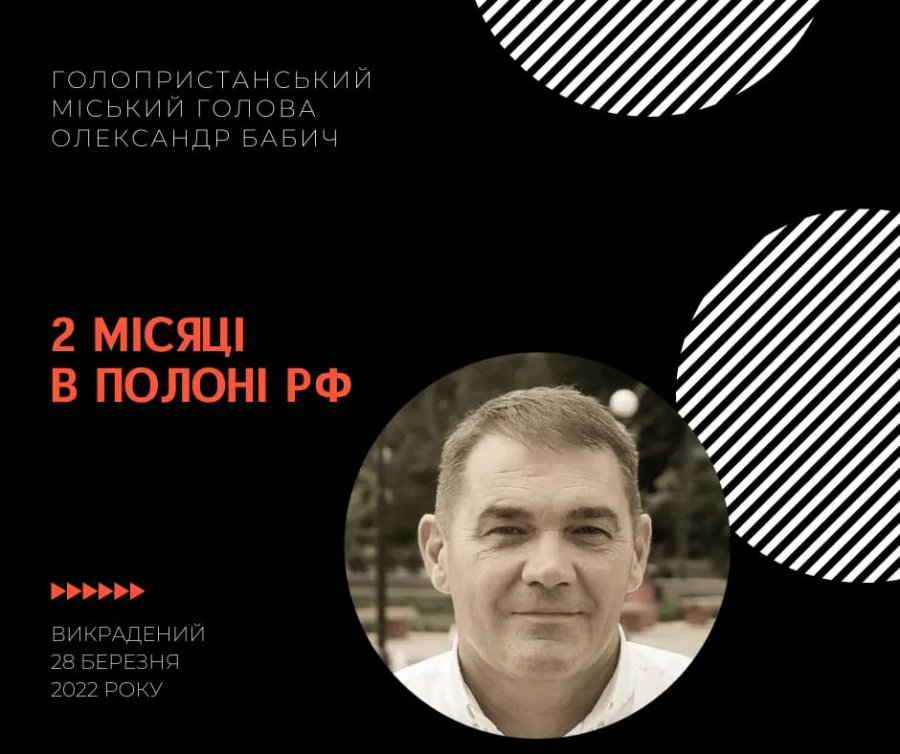 The Mayor of Hola Pristan Olexandr Babych, was held for two months in captivityafter his kidnap on 28 March 2022.I llustration taken from censor.net

The number of recorded cases of illegal detention/imprisonment, we may note, is proportionally less accurate than for cases of enforced disappearance. In many cases the relatives of detainees/kidnapped individuals do not seek help immediately but wait for several days. As a result, we do not know a significant number of short-term detentions.

From personal communication with the victims of kidnapping victims and their media interviewswe know that in a great many cases detainees were subjected to psychological and physical abuse. Torture was frequent.

Here are some examples. 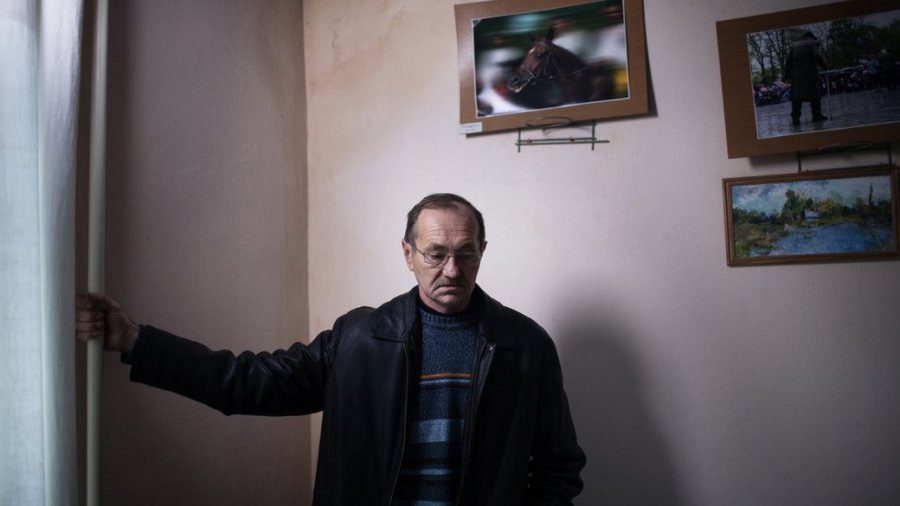 “They took pleasure in what they did. There were such senseless moments, completely unnecessary. First, they attached wires to my thumbs, with a mocking commentary. Then they decided it was not enough and attached them to my toes as well. And then they poured water over my head. Truth be told, I had been so badly beaten I didn’t even notice the electric current. I don’t even remember what it felt like.” 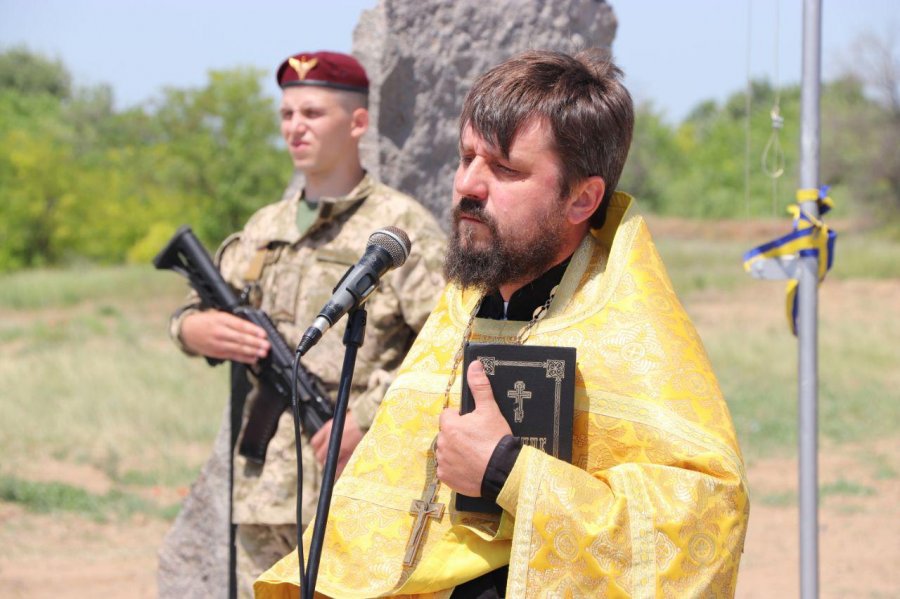 A priest of the Ukrainian Orthodox Church Father Serhiy Chudynovych:

“They twisted my arms. They said my life was over, they would tear me apart and shoot me. Then they took me to another room and began hitting me with a truncheon around my heart. I was dehydrated and couldn’t talk, but they tried to make me reveal information about the sabotage and reconnaissance groups. They beat my legs, suffocated me, and bound my hands with duct tape”. Nazar V. Kagalnyak, a veteran of the ATO, died of torture.

“The occupying forces kidnapped him from his home in Abrykosivka village. They subjected him to merciless beating and torture. The invaders returned Nazar to his home, already crippled by torture. He died in hospital several days later.” 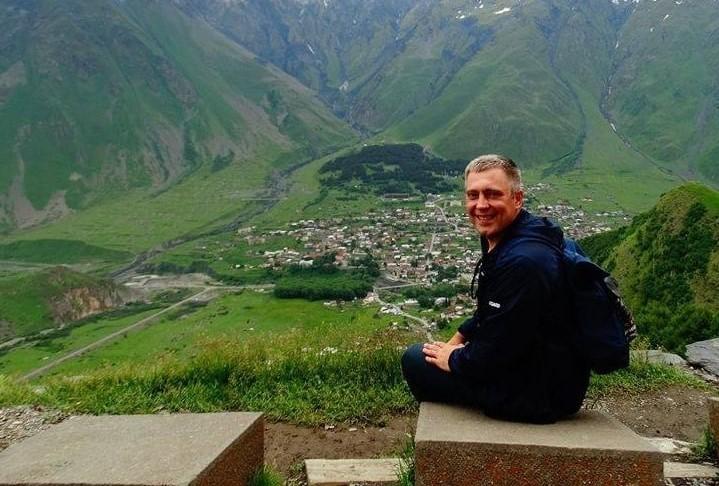 Oleg Baturyn, a journalist of the Kherson newspaper Novy Den, was held captive for eight days after being abducted:

“The Russian invaders have only one goal: to break the citizens of Ukraine, intimidate them, to crush the civic activists and journalists physically and mentally.”

On 18 June 2022, it became known that the Russian military had kidnapped and tortured an officer of the Ukrainian Emergency Service, Serhiy Boychenko, in Skadovsk. His dead body was found at night. 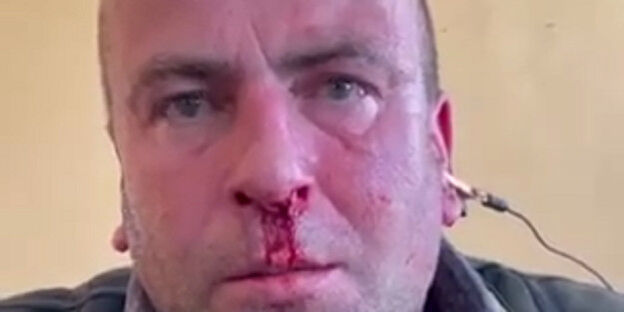 In the Kherson Region, the Russian invaders tortured a local resident, Serhiy Morozov, with electric current and published the evidence themselves. As well as attaching an electrified wire to his ear, he received facial wounds which are visible in this photograph. 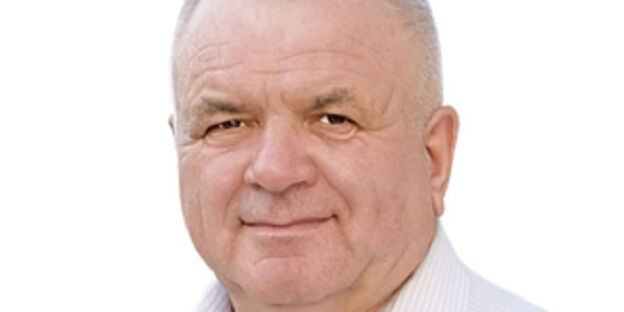 After spending two days in captivity following his kidnap by the Russian military, Mykhailo Burak, chairman of the Bekhtery village council (Skadovsky district) arrived at hospital with numerous injuries. 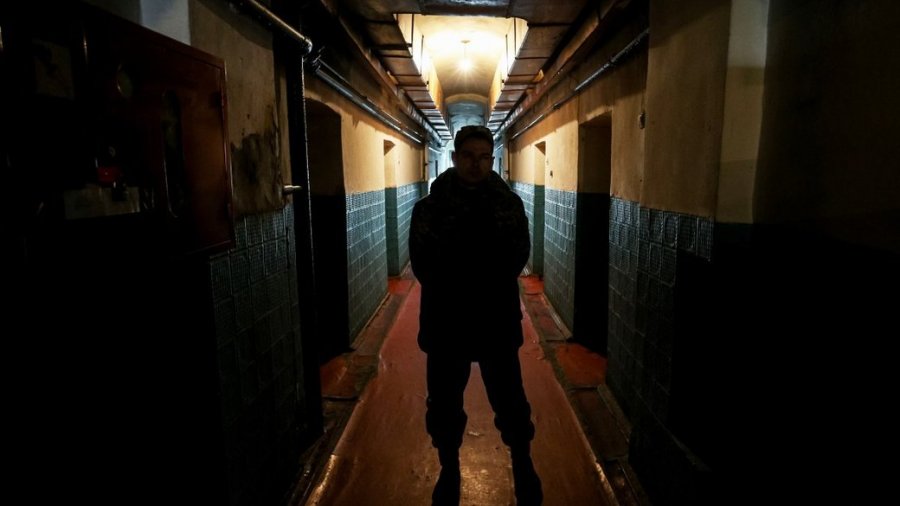 Today we know of at least six sites in the Kherson Region, three in the cityitself, where abducted people have been detained and tortured:

As part of the global “Tribunal for Putin” (T4P) initiative, NGOs in Ukraine continue to gather information about alleged international crimes.

If you have any additional information, please fill in the attached form.

We will be grateful for original photos and video evidence illustrating war crimes (unprocessed data, not taken from social networks), and shall use them to obtain metadata.